Home / Wallows Shares New ‘Nobody Gets Me (Like You)’ Video, ‘Remote’ EP Recorded in Quarantine Out 10/23

Wallows Shares New ‘Nobody Gets Me (Like You)’ Video, ‘Remote’ EP Recorded in Quarantine Out 10/23 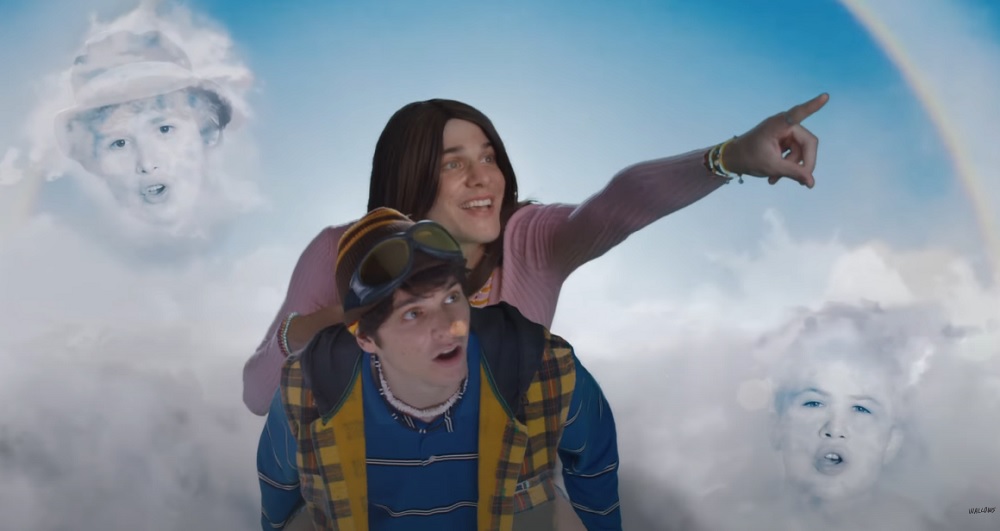 Wallows has kept busy during COVID-19 pandemic — and the Los Angeles indie/pop trio featuring actor Dylan Minnette of Netflix’s 13 Reasons Why, Braeden Lemasters, an actor known for roles such as Men of a Certain Age and Cole Preston has a new EP on the way.

Titled Remote, it’s due out on Oct. 23. The set was announced on Wednesday and previewed with an entertaining music video for “Nobody Gets Me (Like You)” — depicting a house party, true love experienced by Lemasters and much more:

The EP will be the first new music from Wallows in a few months, and features six new songs recorded in quarantine.

NEW SINGLE ‘NOBODY GETS ME (LIKE YOU)’ OUT EVERYWHERE NOW // NEW EP “REMOTE” OUT OCT. 23RD. Remote: 1. Virtual Aerobics 2. Dig What You Dug 3. Nobody Gets Me (Like You) 4. Coastlines 5. Talk Like That 6. Wish Me Luck all tracks produced with the legends @johndebold and @sachi_lol and mixed by @caleblaven (except NGMLY, also produced by @arielrechtshaid and mixed by Dave Fridmann). mastered by @emilylazarlodge. artwork by @nejcprah. we hope you love NGMLY as much as we do and can’t wait for you to hear this whole thing. ❤️

Not included on this EP is the song “OK,” which Wallows premiered in mid-March — just as the pandemic was taking effect and forcing us all into our homes. Here’s the band’s gloriously 1990s-styled music video for the song, which was filmed at a quaint burger drive-thru in Southern California and basically serves as the prequel to the new video seen above:

In addition to the EP news, Wallows will continue its “Virtual World Tour” of shows at the Roxy Theatre in Hollywood this Sunday, Sept. 13, the third of four such gigs the band has shared with fans in recent weeks. Ticket information for the live stream is available at this link.

All this new activity from Wallows is a way for the group to continue the trajectory it was on pre-pandemic, riding high after the release of its 2019 full-length debut Nothing Happens.