Home / Do ‘Virtual Aerobics’ with Wallows in the Indie/Pop Band’s New Video; Quarantine EP Out 10/23 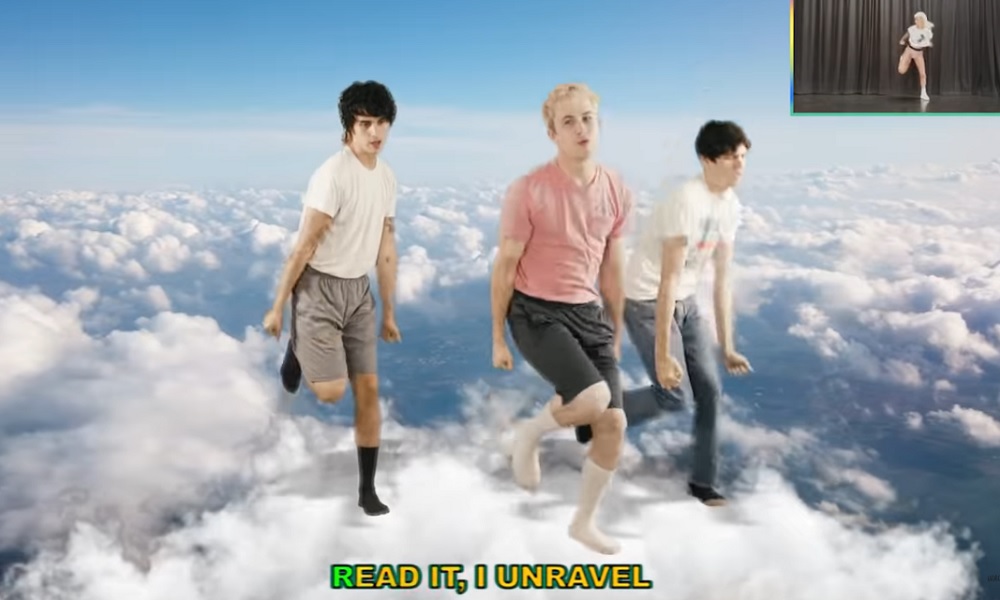 Wallows has kept busy during COVID-19 pandemic — and the Los Angeles indie/pop trio featuring actor Dylan Minnette of Netflix’s 13 Reasons Why, Braeden Lemasters, an actor known for roles such as Men of a Certain Age and Cole Preston has a new EP on the way.

Remote, an EP of songs recorded during quarantine, will be released on Oct. 23. Click here to pre-order a copy from our Rock Cellar Store.

Recently, the band shared a video for “Virtual Aerobics,” which is precisely that — Minnette, Lemasters and Preston leading an instructional aerobics video set to the new song:

This is the second song released previewing the new EP, joining “Nobody Gets Me Like You”:

Not included on this EP is the song “OK,” which Wallows premiered in mid-March — just as the pandemic was taking effect and forcing us all into our homes. Here’s the band’s gloriously 1990s-styled music video for the song, which was filmed at a quaint burger drive-thru in Southern California and basically serves as the prequel to the new video seen above:

All this new activity from Wallows is a way for the group to continue the trajectory it was on pre-pandemic, riding high after the release of its 2019 full-length debut Nothing Happens.