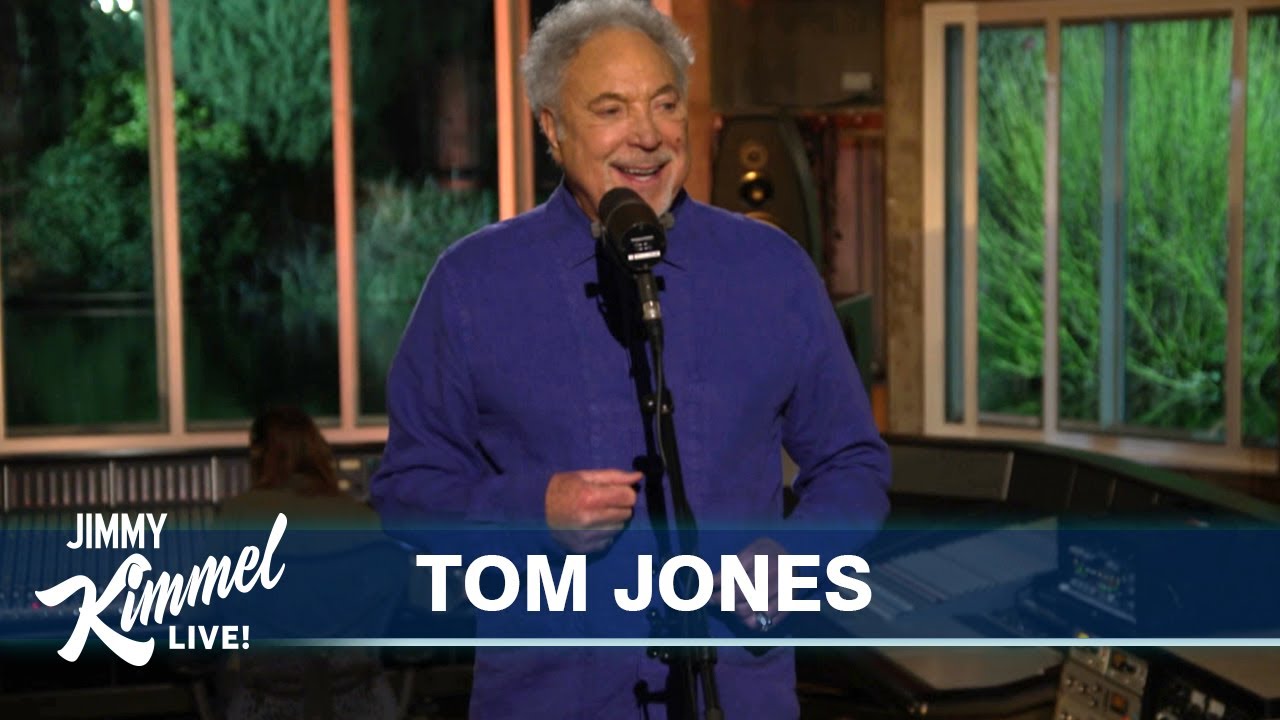 Legendary singer Tom Jones has officially released his new studio album titled Surrounded By Time, which features a number of cover songs that hold special significance to him. The LP was released digitally last week, and will be made available in physical formats on May 7.

As a preview of the record, Jones appeared on Jimmy Kimmel Live! this week to perform “No Hole In My Head,” his cover of Malvina Reynolds’ original version. Watch:

In the U.K., Surrounded By Time landed Tom Jones his first No. 1 album in 20 years last week, making the 80-year-old the oldest artist ever to do so with an album of new material.

“I am thrilled beyond words with the reception for Surrounded By Time, and to now hold these UK chart records is tremendous, just unbelievable,” says Sir Tom. “I am so proud of everyone who helped me create this music, I had a ball working with them and to get this result is just incredible. It’s wonderful that the public has allowed me to be musically expressive at my time of life and have shown their support. I am forever grateful.”

The album finds the powerful singer reimagining some songs that mean a great deal to him. More on the Surrounded By Time album, per a news release:

Co-produced by Ethan Johns and Mark Woodward, Surrounded By Time marks out new territory with a sonic landscape of outstanding musicianship and a vocal delivery that re-imagines a diverse set of songs of personal importance that have impacted the artist throughout a long, unpredictable but undeniably impressive career.