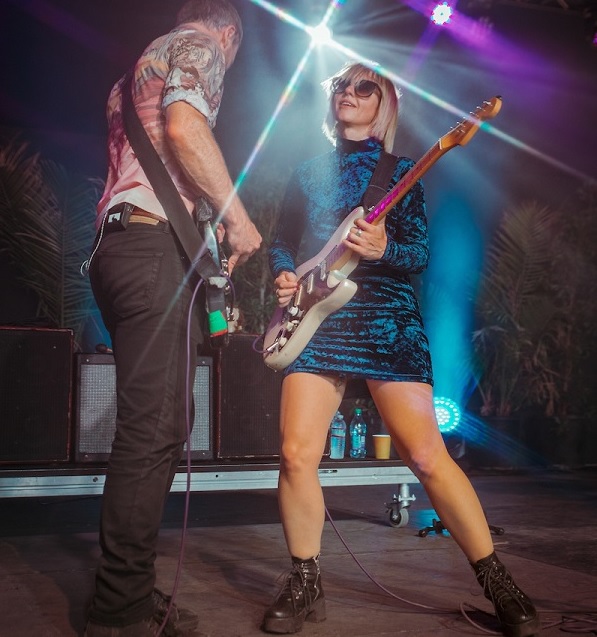 The first-annual Pasadena Daydream Festival, put on by Robert Smith and the Cure, along with Goldenvoice, wound up being one of the year’s most enjoyable music festival experiences. It featured a deep, eclectic lineup of acts, including The Joy Formidable, a Welsh three-piece currently celebrating the 10-year anniversary of their debut EP.

At the festival, vocalist/guitarist Rhiannon “Ritzy” Bryan was kind enough to answer some questions about the festival, the music business, artist integrity and more — enjoy it all below.

Rock Cellar: Over the years, the Joy Formidable has played festivals all over the world. Do you learn specific lessons about being a band, playing so many different types of shows in so many different countries?

Ritzy Bryan: I think I’ve always been quite excited about festivals. I don’t like all the prep that sometimes comes with shows, you know? I think there’s something quite nice about the spontaneity of festivals, even though it’s probably a little bit more unnerving than doing sound check, the build-up, backstage and all that.

I kind of like the chaos, sometimes. Not as much overthinking. I think we end up being rather chilled, on some level, because if you overthink it too much, or try to control things too much … festivals take all of that away, forcing you to be in the moment.

I obviously love playing headline shows and playing to your fan base who have bought tickets, but there’s something interesting about playing to people who maybe have never seen you before, as well. I can understand why a lot of bands are quite reticent about festival season, because there’s a lot of shit that can go wrong. But if you can roll with whatever comes your way, it’s great. 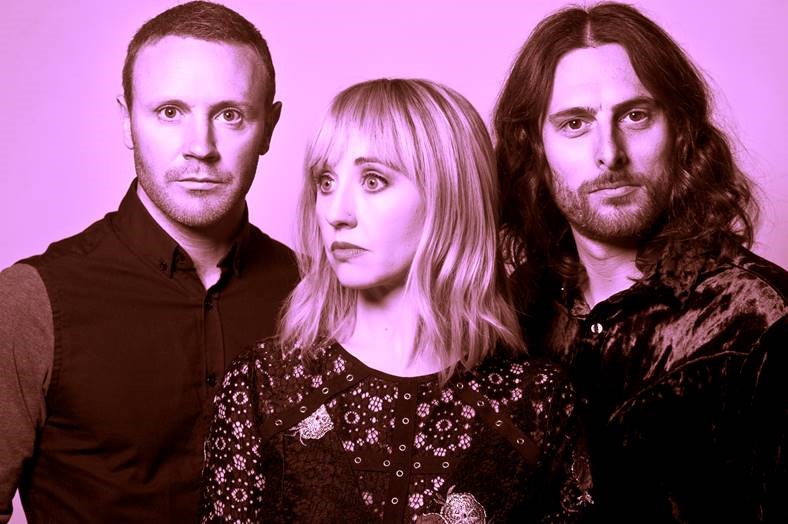 Rock Cellar:  Having seen your band a few times in non-headlining gigs, where you three are up there playing to a bunch of folks who have no idea who you are, and it’s always crazy to notice the impression the Joy Formidable leaves on this type of audience.

Ritzy Bryan: Isn’t that probably the most special way of people discovering your music? I feel like the weakest part of being in a band is the self-advertising bollocks that sometimes goes with this industry, but i’m very at peace with that. You make music that you have no regrets in making, that you’re proud to share, that has meant very much to you in that moment. You go out, you share it, tour it, and that’s the real, honest connection with it, isn’t it?

So if people are watching it, hearing it, and they’re going away having felt that connection, whatever it is, that’s way better than having paid thousands of dollars in adverts on bullshit, you know?

Rock Cellar: What about this show, Pasadena Daydream, playing alongside the Cure and all these other great acts?

We did a really special show a couple of weeks ago up in Glasgow, playing Summer Sessions with the Cure, Mogwai and the Twilight Sad. I’d not seen the Cure since Austin City Limits, which was a few years ago, and it was just a magical moment.

Rock Cellar: Looking at this festival bill, too, half of the acts feature women as the focal point. That’s not something you see very often at big music festivals, honestly, and it’s pretty refreshing to see, right?

Ritzy Bryan: I would agree, and obviously it’s what you want to happen, but you don’t want it to be just be picking female acts just because you have to make up the quota. But there’s so much good — whether female producers, female musicians, what have you — there’s so much out there.

It shows me somebody who’s still very much passionate about music, and is still listening and knows what’s going on. Isn’t that what you dream of for a festival lineup?

Rock Cellar: And you can see that in the Cure’s set. They’re not just playing the songs you expect, it’s a full show.

Ritzy Bryan: It’s a fabulous set. It sounds very fresh. The flow of the set, the way it spans across all their albums that they’ve made, it makes it very valid. It’s not just coming out and playing the greatest hits, cashing in and going home.

It’s about caring, still wanting to celebrate new music, still wanting to support bands that aren’t always having the easiest time at the moment. You know, it’s an interesting time for music and the devaluation of music. Every so often, my thoughts and my heart swings like a pendulum about it.

In one way I feel excited about the way that the artist can be empowered, and in other ways I feel like we’re getting fucked. It goes backwards and forwards, and I think when you have … I don’t like the word “mentor,” but when you’ve got somebody with such a legacy still there making music, changing and helping and supporting alternative music properly, it makes a difference.

Rock Cellar: You guys are celebrating the 10-year anniversary of A Balloon Called Moaning, your debut EP from 2009. It was a shock when I heard that came out a decade ago, and I imagine it felt weird for you too.

Ritzy Bryan: Right? I’m still having moments where sometimes it feels like ten years. In my darker moments, it feels like a lot longer than ten years, but it’s been a really honest, beautiful ride. Rhydian and Matt, we’ve been through a lot together, when I look back at all the things that have marked our way, I can look back on it and say it was very honest, very truthful. It’s been very real. We haven’t tried to bend and move.

Creatively, we have no regrets. We haven’t been swayed. And I think that’s why we wanted to celebrate it, and celebrate it in our own terms. That’s the beauty of being very much at the creative helm of what you want to do, because not wanting to just do the cheap remaster/reissue, but recording it all in Welsh, translating it. It feels like our own unique way of revisiting it and thinking about it again and moving forward in the future.

Rock Cellar: Last question — the Joy Formidable did a quick run with the Foo Fighters recently. Was it fun?

Ritzy Bryan: Fuck yeah! Those guys are lovely, and their team is amazing. They’re such nice people. All those shows have all been so carved in my memory. Very, very special.