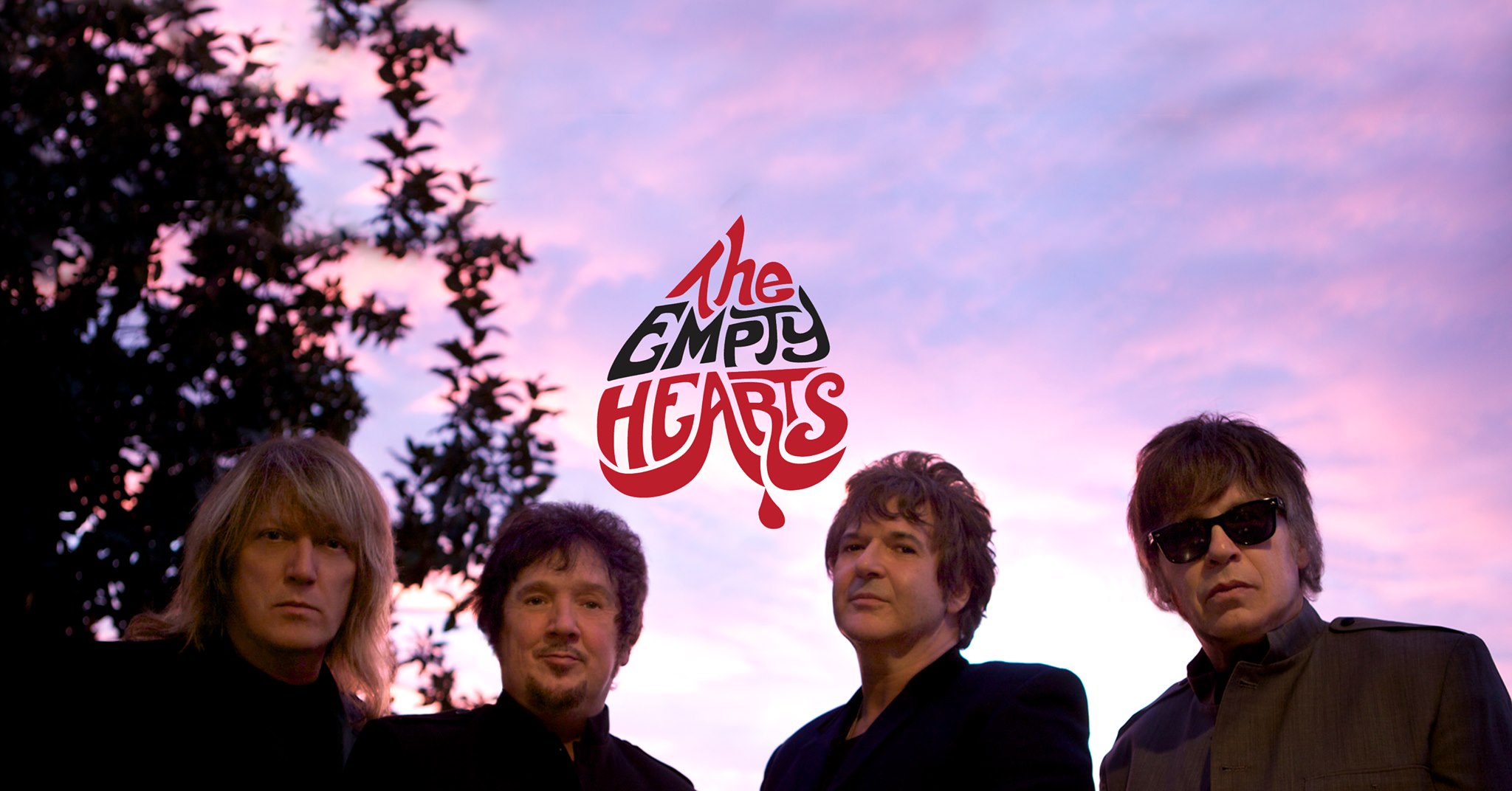 Whatever your preferences in 60’s and 70’s classic and garage rock, you’ll find much to cheer on The Empty Hearts and their aptly titled Second Album, which will be released Aug. 28.

The band — a venerable “super group” featuring Elliot Easton of the Cars, Andy Babiuk of the Chesterfield Kings, Clem Burke of Blondie and Wally Palmar of the Romantics — careens through a cavalcade of tunes owing considerably to some of their prime influences, including the Beatles and the Who. Jangling guitars, high flying harmonica runs and other flourishes cycle through the new album.

Members of the group have also been active in other music-related pursuits. Babiuk owns Andy Babiuk’s Fab Gear, a guitar shop near Rochester, New York, and has written or co-written books on Beatles and Rolling Stones gear. A documentary on Burke called Clem Burke – My View was released in 2018, and he’s working on a book about his music career. 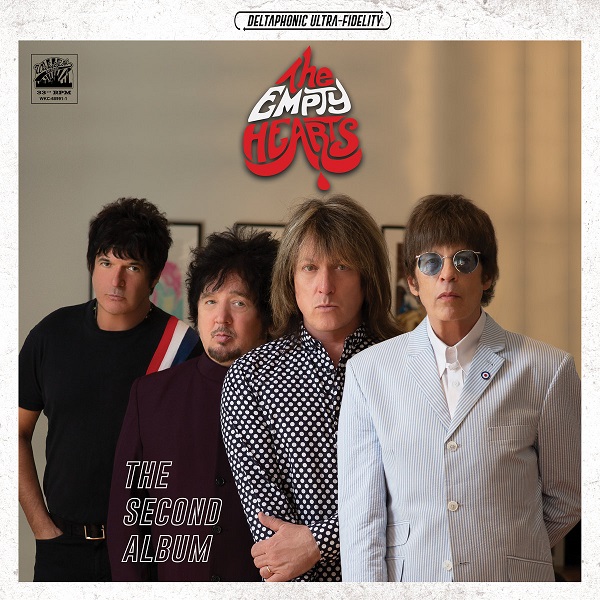 Rock Cellar: The Beatles and Who influences on your new album are very obvious.  But some of the album’s songs are reminiscent of many other bands, including the Byrds and the Raspberries.  Were any of those bands a major influence on you?

Andy Babiuk: Yes, the Byrds, for example, were an obvious influence on us.  We all grew up with classic rock from the 50’s and the 60’s, and listened to that music. We all like the same kind of music. It was natural for us to come up with riffs that were influenced by bands from the 50’s and 60’s.

Clem Burke: The Beatles were a driving force for me in music, but I was influenced by the British Invasion bands in general, and key American rock musicians from the 50’s, such as Chuck Berry and Little Richard. The Beatles made me aware of those musicians.

Rock Cellar:  I sense there is a good camaraderie among your band. What’s the special glue that binds the group together?

Andy Babiuk: We were friends from the beginning, long before we formed a band. We would run into each other at shows the others in the band were doing, and crossed paths for many years.  Finally, we had the idea of playing together in a band, and we formed the band. The premise of the band was to have fun.

Rock Cellar:  It looks like you had a lot of fun doing the video for “Run and Hide from You” — the video had somewhat of a Beatles flavor. Was that the intention?

Andy Babiuk:  It all started when we had to shoot the album cover. Rob Shanahan, a well known rock photographer, was shooting us, and told us he was doing a film called Shooting Stars.  He asked if we wanted to record a video, and we said we’d do it.

We mimed the song “Run and Hide from You” and were striving to make it look somewhat similar to the film “Help!”  It showed four guys goofing around. That’s who we are – we’re having fun!  We’re not dead serious.

Rock Cellar: The band seems like a true democracy, as all of you are credited on all songs. How does the band typically collaborate on crafting songs?

Andy Babiuk: We’ve been in bands forever, and know how bands work. We weren’t interested in a situation where one guy writes all the music and tells the others to play his music. That’s arrogant. The band is a real unit. We write songs together. For example, Elliot would come up with a riff and present it to the band.

It would then turn into a totally different song.

Rock Cellar: Obviously, your song “The World Has Gone Insane” is very timely, though  I realize you wrote it before the pandemic. What prompted you to write the song?

Andy Babiuk: When we wrote the song, we thought the world was insane, but not as insane as it is now. It’s certainly timely now. We wrote the song as commentary on such issues as the increasing divisiveness in the political system and fake news — though not taking a specific side.

The whole situation is bizarre and abnormal.

Rock Cellar: Do you have plans to tour next year?

Andy Babiuk: You can’t plan anything now. It’s a bizarre situation. You don’t know if venues will be open next year. We had plans to do a show at the Whisky A Go Go in LA this month, but we had to cancel it.

Andy Babiuk: Well, I’ve examined and sourced a great deal of Beatles gear. I sorted out a lot of Ringo Starr’s drum kits stored in a London warehouse, and he had no idea they were still around. I also sorted out some of Keith Richards’ Tele guitars, and was able to provide the receipt for the first one so that he knew which was the original one.

Rock Cellar: It must have been very special to have Ringo play drums on “Remember Days Like These.” What was that experience like?

Clem Burke: It was amazing to have him play on “Remember Days Like These” from our new album.  I did a fashion video with Ringo for a promo of John Varvatos’ Fall Season featuring Ringo.  A group of drummers, including myself and Jim Keltner, played his drums in front of him for that video.

Rock Cellar: I understand a documentary about you called Clem Burke- My Life was released a few years ago. What was the focus of that film?

Clem Burke: The documentary was shot throughout 2018 and provides a behind the scenes look at my musical performances that year. The film shows me playing to an audience of 80,000 people and to one of 80 people at the Cavern Club in Liverpool. In the documentary, John Lennon’s half sister Julia presented me with my name on a brick in the wall in front of the Cavern.

Honestly, I had to get used to a camera following me around for the documentary. It was released in the UK in 2018 on the Sky Arts Network and screened at Raindance (a festival akin to Sundance,) and at the NY Indie Festival. It hasn’t yet been commercially released yet in the US, though I’ve put it up on my Twitter feed.

For those that are interested & haven’t seen this . Be well , CB https://t.co/VbbmazDSKA

Rock Cellar: How does playing in the Empty Hearts differ from playing in other bands you’ve been with?

Clem Burke: As Andy mentioned, we’re all friends and have similar musical influences. We already had success in prior bands. We didn’t have anything to prove. We don’t worry about having big hits.

Another key difference about the band is Andy’s contribution, especially in terms of getting things together and making things happen. He’s a music scholar and brings an interesting perspective to the band.

Rock Cellar: I understand you played with Bootleg Blondie, a tribute band, earlier this year in Australia and New Zealand. What made you decide to play with that band?

Clem Burke: Well, I became friends with the band, which is based in the UK, and first saw them play in the recreation room of a soccer club there. Bootleg Blondie asked me to do a guest appearance at their show, which I did. I would up doing some more shows with them, which gave me a chance to play a lot of material from albums like Parallel Lines that Blondie didn’t ordinarily play.

We played at Shepherd’s Bush Empire in London and other major venues around the UK. The response to the shows was amazing. In fact, we wrote 16-17 songs together, which we’re gathering together for a rock opera about London.

I wanted to help the band. They’re nice, talented people. I donated all the income I earned from those shows to a UK charity called Shelter. 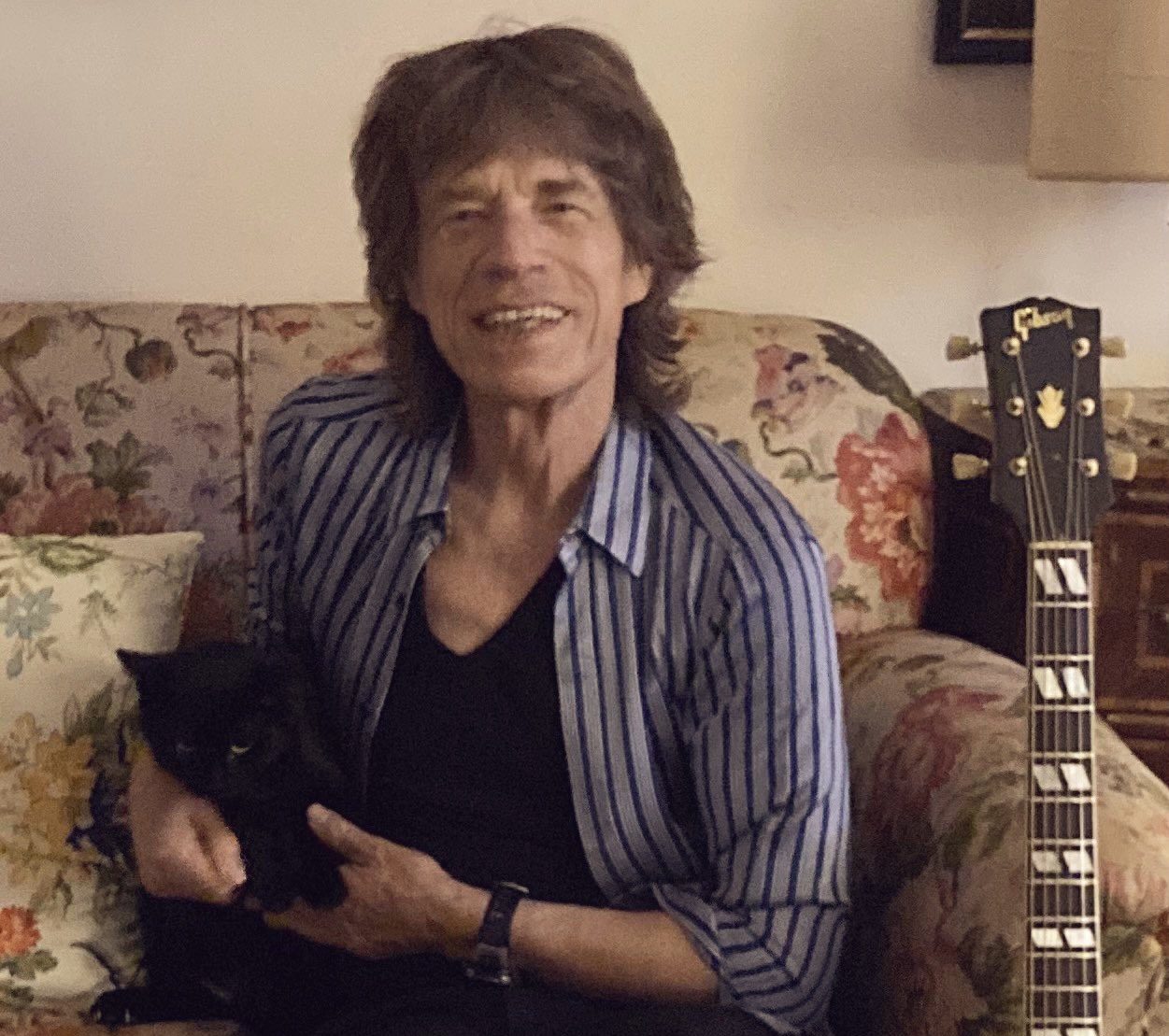 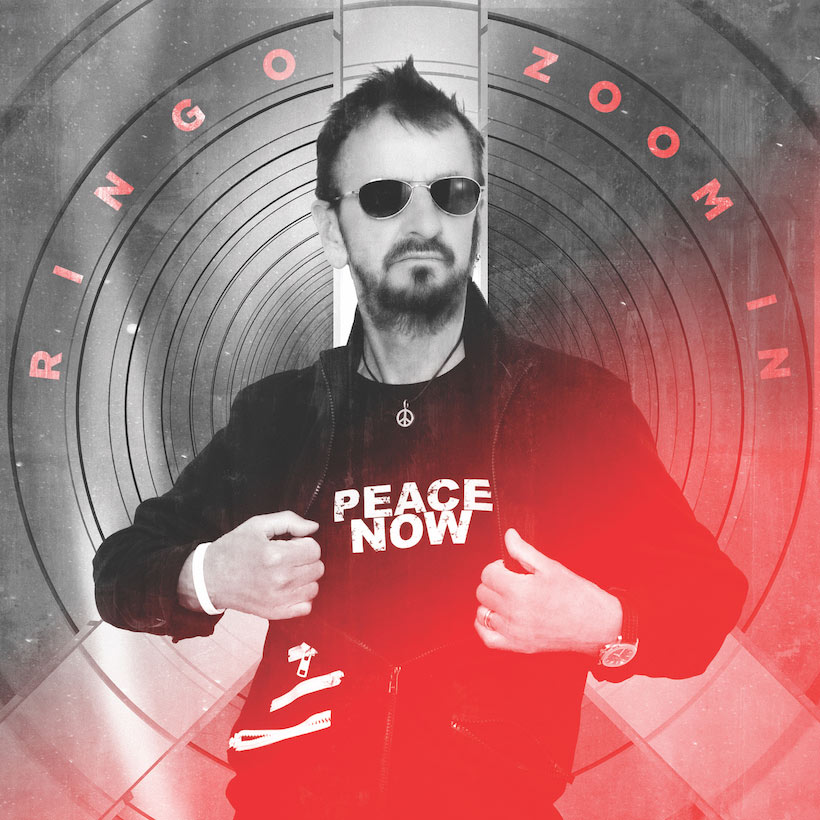