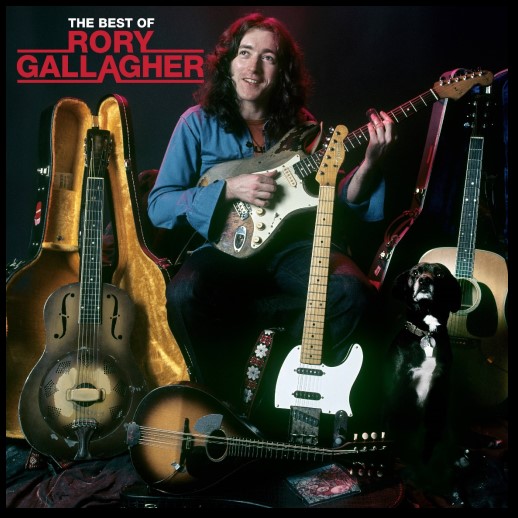 Massively influential Irish guitarist Rory Gallagher led a remarkable — if tragically cut short — life and career, and his influence is still felt today. On Oct. 9, UMe will release The Best of Rory Gallagher, a comprehensive collection of some of Gallagher’s most notable compositions.

(Click here to pre-order The Best of Rory Gallagher from our Rock Cellar Store).

Announced on Wednesday, the set features a previously unheard collaboration with Jerry Lee Lewis, finding the two teaming up on a cover of the Rolling Stones‘ “(I Can’t Get No) Satisfaction,” which you can hear below:

That rare outtake was the result of Jerry Lee Lewis’ 1973 London Sessions, and the collaboration will be featured on both the 2-CD and digital versions of The Best of Rory Gallagher.

More on the collection, per a news release:

The comprehensive compilation includes Rory’s most iconic songs compiled from across his recording career, including tracks from Rory’s seminal first band Taste (1969) through to his final studio album Fresh Evidence (1990).

The Best Of Rory Gallagher will be released as a 2CD set featuring 30 tracks, including a previously unreleased collaboration with Jerry Lee Lewis. The album will also be released on 2LP black vinyl, limited-edition 2LP clear vinyl available only at uDiscover Music and The Sound of Vinyl, a 15-track single CD, as well as digital HD and digital standard.

Click here to pre-order The Best of Rory Gallagher’s 2-CD set and click here for the vinyl edition.

For more on the legacy of Rory Gallagher, click here to revisit our recent feature conversation with his nephew, Daniel Gallagher, pertaining to the 2019 release of Blues, a compilation of some of the guitarist’s finest work.