Home / Out Now: Tears for Fears’ Detailed ‘The Seeds of Love’ Reissue (Listen/Buy)

Out Now: Tears for Fears’ Detailed ‘The Seeds of Love’ Reissue (Listen/Buy) 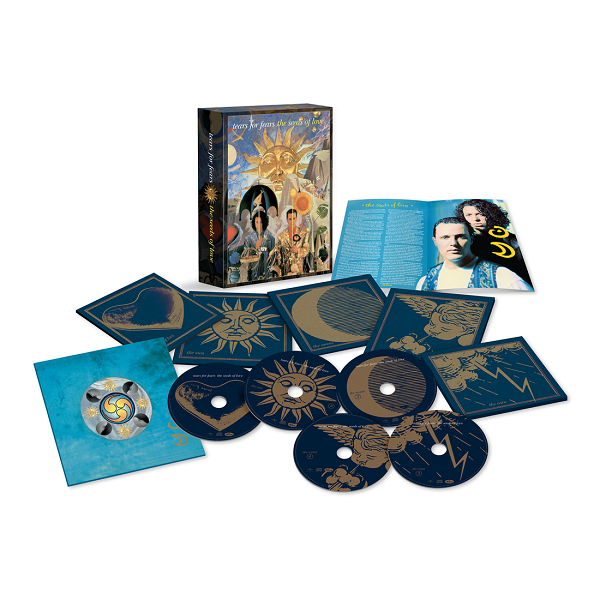 1989’s The Seeds of Love was a key release for Tears for Fears.

The band‘s third album and the anticipated follow-up to Songs from the Big Chair, the group’s massively successful 1985 record, The Seeds of Love is now available as a deluxe reissue, which was released on Friday.

Click here to pick up a copy of the reissue from our Rock Cellar Store.

out now 🌱 get 'the seeds of love' 4CD + BLU-RAY deluxe version ft. not only the original album, but a new 5.1 mix, B-Sides, alternate mixes and 60 minutes of previously unheard demos and live rehearsals. https://t.co/5OEuP0XxWt pic.twitter.com/GKuuyhj4fH

As with most reissues, The Seeds of Love revisit features a ton of bonus and rare material, and was previewed in recent weeks with previously unheard material such as this live recording of “Woman in Chains” as a preview of the set. Dubbed the “Townhouse Live Jam Sessions,” the live take features gospel singer Oleta Adams, who turned up on the studio recording as well.

Another early preview of The Seeds of Love reissue came in the form of a demo recording of “Rhythm of Life”:

All of this and more is included in the Super Deluxe edition of the reissue, which you can pre-order now by clicking here. Full details:

The super deluxe box set consists of four CDs and one Blu-Ray, which fully tells the story of how this extraordinary album came to be. The box set includes 22 unreleased tracks from demo sessions, live jams, studio sessions along with a definitive set of b-sides, and rare mixes. Highlights include demos of “Advice For The Young At Heart” with Roland Orzabal singing lead vocal and “Rhythm of Life,” which didn’t make it onto The Seeds of Love and was later given to Oleta Adams for her Circle of One album. The Blu-ray also features a stunning 5.1 mix by Grammy-nominated artist Steven Wilson.

Stream Tears for Fears’ The Seeds of Love Super Deluxe reissue below, via Spotify.