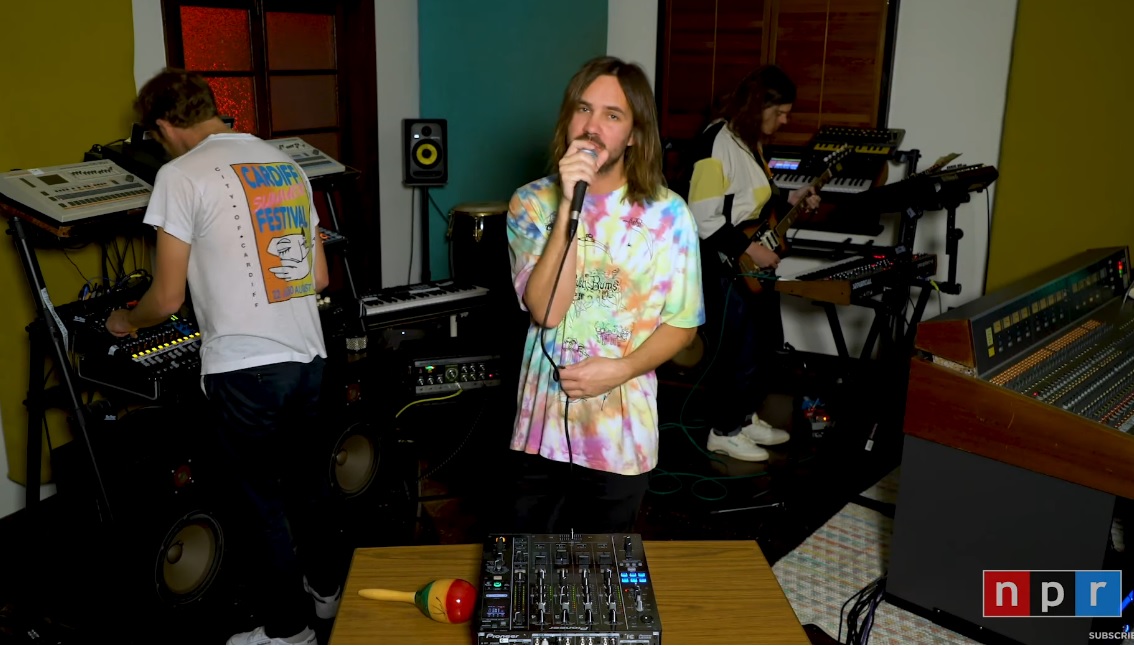 The Slow Rush was released by Kevin Parker, kingpin/band leader of Tame Impala, back in February and still holds up as one of the strongest releases of this strange year.

(Click here to grab a copy of The Slow Rush from our Rock Cellar Store).

The album found Parker at his most confident and focused thus far in the career of Tame Impala, his brand of psychedelia-tinged indie/rock reaching new heights — and while the COVID-19 pandemic paused Tame Impala’s ability to take its mind-bending live show to the masses for a bit, Parker turned in a strong NPR Tiny Desk (Home) Concert that premiered on Monday.

Featuring three songs, two of them from The Slow Rush and the other (“Patience”) a standalone single from 2019, the mini-set can be seen below:

More details on the Tiny Desk performance, per the YouTube description:

Bobby Carter | August 24, 2020
With beats, effects and synths pumping through a DJ mixer sitting on a school desk in his home studio in Australia, we present Tame Impala like you’ve never heard it before. As much as I love Tame Impala’s music, I’m probably more intrigued by the creative process that brings the songs to life. The studio version of the band is pretty simple on paper: All songs are written, produced and performed by Kevin Parker. For the live version, Parker is still front and center but surrounded by a host of musicians who interpret his recorded work almost to a tee.

So it came as a shock to me when the Australian maestro explained what he wanted to do for his Tiny Desk (home) concert or his “Tame Impala Soundsystem” as he puts it. “I’ll get Jay (Watson) and Dom (Simper) and we’ll do this kind of electronic jam with heaps of equipment around us and we’ll recreate the songs with samplers and sequencers,” Parker says. “I’ve wanted to do something like this for a while and thought Tiny Desk would be the opportunity to do it.”