Home / Roger McGuinn, Chris Hillman and Mike Campbell on 50 Years of the Byrds’ ‘Sweetheart of the Rodeo’ (The Interview)

Roger McGuinn, Chris Hillman and Mike Campbell on 50 Years of the Byrds’ ‘Sweetheart of the Rodeo’ (The Interview) 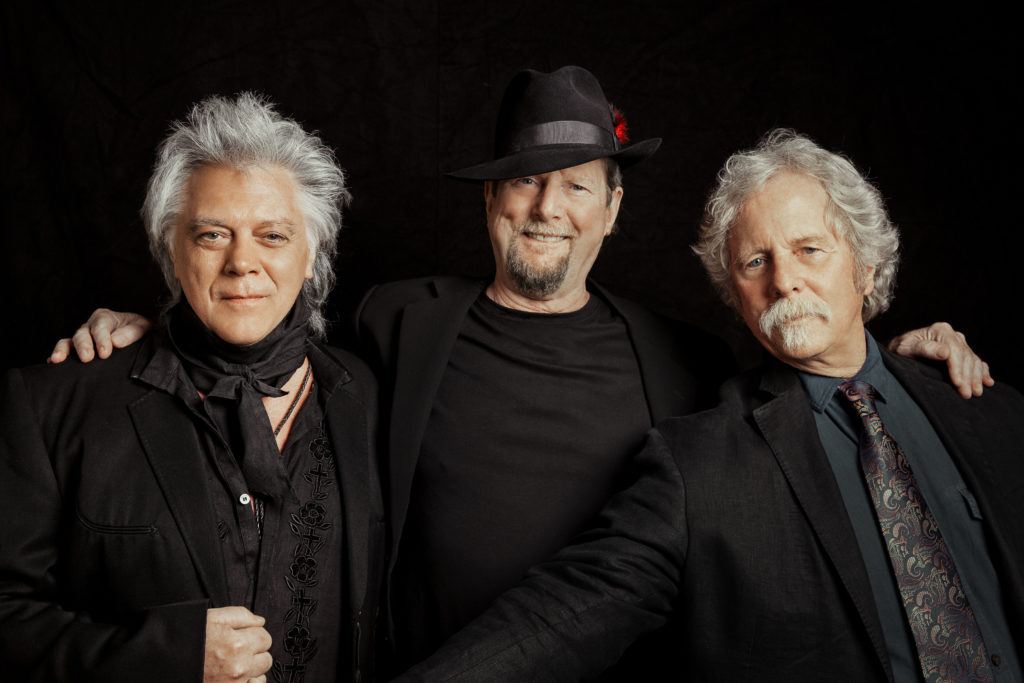 “I don’t think it sold many copies, but there was no pressure to go in a certain direction, and Columbia just let us do whatever we wanted,” The Byrds’ Roger McGuinn told me in 2016 of his former band’s legendary album, Sweetheart of the Rodeo.

Now considered a crucial moment in the birth of country-rock — it ranked number 120 on Rolling Stone’s recent list of the greatest albums ever — upon its release in 1968, Sweetheart of the Rodeo confounded and out and out angered fans of both rock and roll and country music, in equal measure, at a time when music as diverse as that by The Beatles, the Doors, Merle Haggard and the Velvet Underground was sharing the new release bins and the charts.

“You’ve gotta remember, there was no Poco, no Eagles,” former-Heartbreakers guitarist Mike Campbell, whose early band with Tom Petty, Mudcrutch, owed more than a bit to the record, and who is now in rehearsals with Fleetwood Mac for their tour without Lindsey Buckingham, says. “That came later. And that came in large part because of Sweetheart of the Rodeo.”

Now celebrating its fiftieth anniversary, the legend of the album has only grown in recent years. So fans of the Byrds were thrilled when it was announced earlier this year that McGuinn and fellow Byrds founding member Chris Hillman were mounting tour saluting the Sweetheart’s anniversary, supported by country veteran Marty Stuart and his band, the Fabulous Superlatives, a group of musicians known for their love of, and respect for, country music history and its rich traditions.

But the origin of the reunion between two of the Byrds’ members — David Crosby, the only other surviving member of the band’s original lineup was not invited along, much to his chagrin, as McGuinn remains reluctant to launch a full Byrds reunion — began simply.

“My wife and I were in an airport in Buenos Aires, waiting to get on a plane,” McGuinn says. “We remembered that it was the 50th anniversary of the album, and we were thinking about Chris Hillman, he’d had a tough year because his house was damaged in the fires in California last year, and Tom (Petty) had died, just after finishing Chris’s album with him, and so I said, ‘Man, let’s do something to cheer up Chris!’”

Still, the idea that this is the album that brought him together with Hillman after all these years, and that is selling out shows as fast as they’re put on sale, tickles McGuinn.

“It took about forty years for anyone to take notice of the album,” he says with a laugh. “It took fifty years for it to become a classic.”

A key part of the history of Sweetheart of the Rodeo is just how reviled it was at the time of its release. Rock fans hated it because it was too country, while country fans scoffed at the idea that a pop band could tackle their beloved music with any authenticity.

“From our point of view, we’d been honoring country music for quite some time,” McGuinn says now. “When we headed for Nashville, to make the album, we didn’t really understand what all the fuss was about. It seemed like a really natural thing to do, given our influences.”

“’Mr. Spaceman’ is an obvious example of an early, country-influenced song by The Byrds, but there are lots of examples,” Campbell, who joined the band on stage in Los Angeles recently, says, by way of agreement.

“That’s right!” McGuinn concurs. “I figured if Ringo Starr could do ‘Act Naturally,’ a Buck Owens song, then we could do something similar, and so I wrote ‘Mr. Spaceman.’”

In fact, all the band’s members had deep roots in country and bluegrass, as well as, of course, folk. And although it may seem as thought that they single-handedly invented folk-rock when they recorded an electrified version of Bob Dylan’s “Mr. Tambourine Man” in 1965, McGuinn disagrees that country music was anything new to the band in 1968.

“I think we were doing country music even before Gram was,” McGuinn points out, referring to Gram Parsons, who had just joined the Byrds at the time the band headed for Nashville, and who is often credited as the godfather of the country-rock genre. “He’d been through a Kingston Trio phase, and all the same things I’d been into. He was turned on by Elvis, just like the rest of us. And Elvis was combining country and rhythm and blues, anyway, long before any of us. But we’d done “Time Between” and “Old John Robertson” and lots of other songs in that style, long before Sweetheart.”

In the time preceding the recording sessions, in fact, The Byrd’s had been in a seeming freefall. In late 1967, McGuinn and Hillman had fired Crosby, the last remaining member of the original lineup, after guitarist and songwriter Gene Clark had departed early in 1966, and drummer Michael Clarke had quit just a few months later.

“We had just done Notorious Byrd Brothers, which had turned out great,” Chris Hillman told me recently when I asked him about the making of the Sweetheart of the Rodeo album. “Then I met Gram, standing in line at the bank! He came over to rehearsal, and he had two great songs — ‘Hickory Wind’ and ‘One Hundred Years From Now’ — and his youthful exuberance, I think, too, gave us a shot in the arm that we really needed. It was good timing.”

But in 1968, a year of tremendous political and social turmoil, the divide between country and rock was tremendous. Dylan had recorded Blonde On Blonde in Nashville with the city’s venerable session musicians in 1966, and had returned a year later to make John Wesley Harding, but no one was clamoring to bridge that chasm, either artistically or literally.

“Gram and Gary (Usher, the band’s producer) were really excited about doing a country record and going to Nashville, but I don’t think it ever came up about Dylan having recorded there, and it sure wasn’t something anybody else was doing at the time, as far as I can recall,” Hillman remembered, laughing. “The Sweetheart sessions were fun, though, because we were down in Nashville and I had a comrade. I had Gram, who loved country music like I loved country music. He understood it, just as I did. So we hit it off immediately, and we had great times during the sessions down there.”

“We took “You Ain’t Going Nowhere” — the single — to the disc jockey Ralph Emery, at WSM, the radio station in Nashville,” McGuinn says of what was typical of the reception the Byrds received during their Nashville tenure. “We were really excited. We knew it was a great track. He said, ‘What’s it about?’ I told him, ‘It’s a Bob Dylan song.’”

McGuinn pauses for effect — as if he could have easily explained Dylan’s meaning to the curmudgeonly DJ — and then laughs.

“Gram and I ended up writing a song about him, it was such a ridiculous experience,” McGuinn says, with yet another laugh.

While there, The Byrds, however, did win over esteemed Nashville steel guitarist Lloyd Green, whose playing is featured on Sweetheart of the Rodeo, and gives the album more than a little of its authenticity.

“Lloyd told me that it was the most fun he’d ever had on a recording session,” Hillman remembered. “‘You guys let me play whatever I wanted,’ he said, but we knew what he could do, why would we tell him what to play, like the producers he was used to working with?”

Bassist Roy Huskey, banjo player John Hartford and pianist Earl Ball — all A-list, local players — rounded out the Nashville lineup, but when the band returned to Los Angeles to finish the album, they brought in steel guitarist Jay Dee Maness and, importantly, guitarist Clarence White, who would soon join the Byrds. White’s whose remarkable guitar playing would help turn the band into one of the most sought after and formidable touring acts of the late-60s and early-70s. (In fact, it’s White’s trademark custom B-Bender Fender Telecaster that Stuart is playing on the current tour.)

“Clarence was a really special player,” McGuinn recalls. “I’m not sure how the Byrds would have continued if we hadn’t met him.”

Although Hillman would soon leave the band, he agreed that White was the right man for the Byrds future, while Parsons was, sadly, not.

“Gram was at the top of his game then,” Hillman recalled. “He was hungry then. He wanted it, and he was really just quite smitten with it all. That’s what attracted me to him. I knew him so well, and I’ll tell you, Gram lacked one thing. He had talent. Oh, he had talent, alright. And he was a very insightful songwriter, and we wrote some great things. He was one of my best songwriting partners, was Gram Parsons. But he lacked focus and the work ethic. By the last two albums he made with me, he was falling apart. At 23 years old!”

An unmitigated bomb upon its release — it topped out at a lowly #77 on the Billboard charts upon its release, which was unheard of for an act as big as the Byrds — Sweetheart slowly gained a following, first among musicians, then among critics and the general public.

“It wasn’t my favorite Byrds album,” Hillman told me. “But it was a good album, and a noble experiment. And I think it did open the floodgates.”

“We loved that album,” Campbell recalls recounting the long days and nights he spent working with Petty and the other members of Mudcrutch, when they were first chasing their collective dream. “It didn’t sound like anything else that was out at the time, but it wasn’t that far off from what we were doing in Mudcrutch. We were a southern band, after all, so mixing country elements with rock didn’t seem all that weird to us. But it wasn’t an inspiration so much as a blueprint, because the songs were great and the playing was great, and we loved that the Byrds had seemed so fearless in making that music, when nobody else was.”

The proof is in the string of sold out shows that McGuinn, Hillman, Stuart and company are in the midst of — full of as much storytelling and reminiscing as music — on a tour that’s just been extended through late-October.

By the 1970s, Hillman and Parson’s Flying Burrito Brothers had paved the way for bands like the Eagles, the Allman Brothers Band, Lynyrd Skynyrd and, of course, Tom Petty and the Heartbreakers. By the ’90s, artists like Johnny Cash were looking to rock music for songs that suited their artistic sensibility.

“It’s about great songs,” says McGuinn. “The songs on Sweetheart hold up because they tell as story and touch people, unlike, say, pop music today, which just repeats a phrase over and over. I guess in a way, I would have been surprised if Sweetheart, and some of our other albums from that era that were overlooked a bit, didn’t find an audience, eventually. But I’m really grateful that people love the music, because it does feel as new today as when we made it. So to be playing it all these years later is a truly great gift, and I know all of us on stage feel that way about it.”

The remaining dates of the Sweethart of the Rodeo tour: 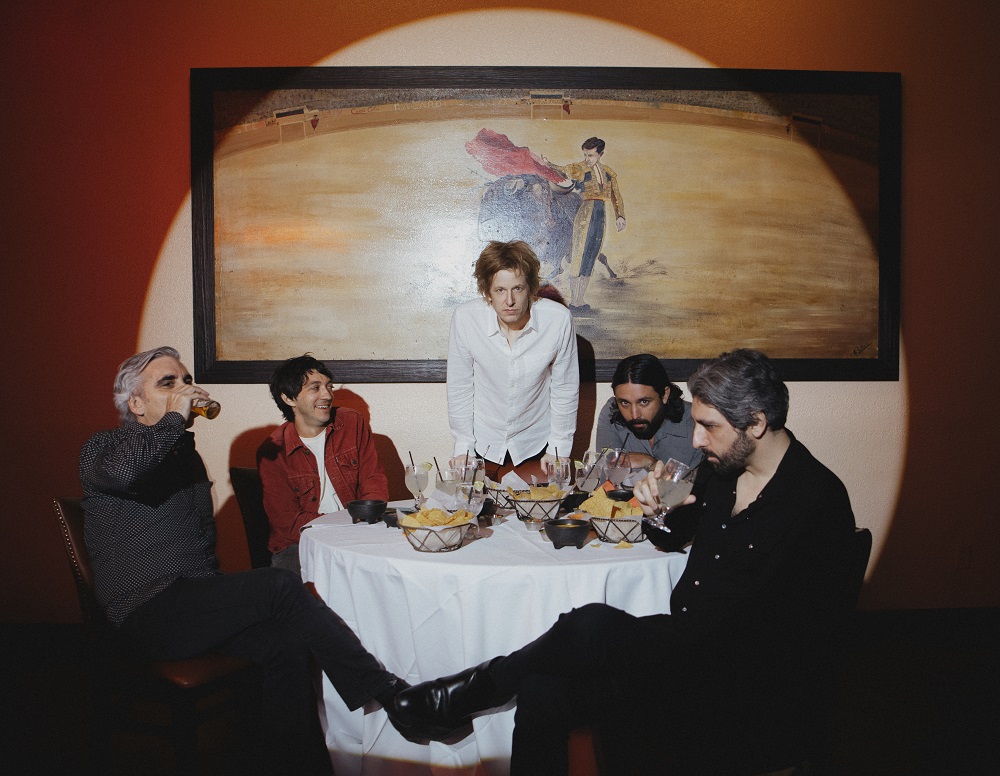