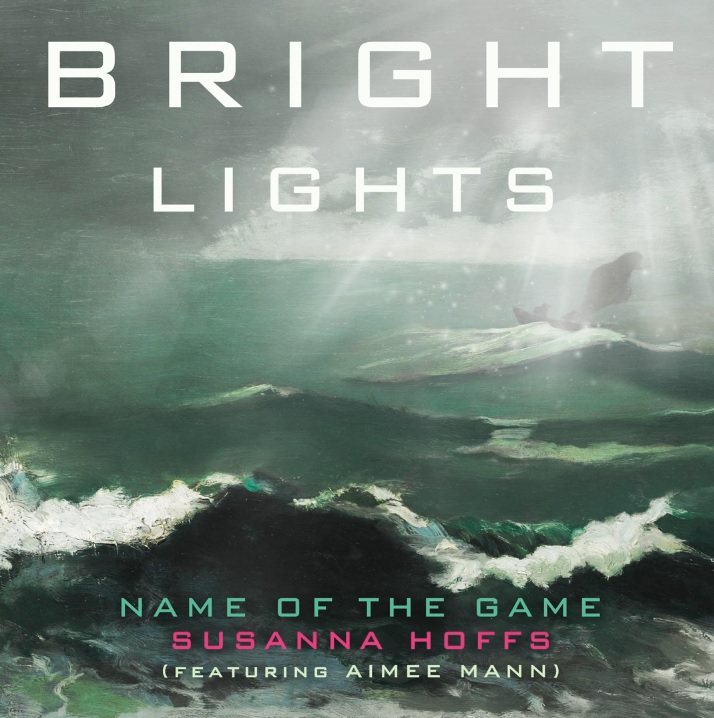 On Nov. 12, Susanna Hoffs will release a new covers album, Bright Lights — and as a preview of the new collection, the esteemed front woman of the Bangles debuted a version of “Name of the Game,” originally made famous by Badfinger.

Accompanying Hoffs on the new version is Aimee Mann, making for a very pleasant collaboration:

“There is a beauty and a poignancy to ‘Name of the Game’ which has always moved me deeply,” Hoffs told Rolling Stone of her decision to cover this song. “The song’s verse lyric deals with coping with life’s difficulties and challenges, and those feelings are reflected in the verse’s gorgeous somber melody.  But when the chorus arrives, there is an opening up, an almost exalted intensity and release, an outpouring of all of those emotions, made even more poignant, knowing that Pete Hamm, the singer and songwriter of the song, suffered so deeply.”

And regarding the collaboration with Mann, who also has her own new album coming out next month:

“I have known Aimee Mann since the Eighties and count myself extremely lucky to have had the privilege of performing with her numerous times. Aimee’s voice is iconic and instantly recognizable, and I’ve long wanted to record with her. When I was setting about recording ‘Name of the Game’ (with producer Paul Bryan), Aimee’s name sprung immediately to mind. She is a good friend. It was a true honor having her join me on ‘Name of the Game.’’

Out Now: Aimee Mann ‘Queens of the Summer Hotel,’ an Album of Richly Conceptualized Narratives on Mental Health (Listen)

New Aimee Mann: Stream “I See You,” from New Album ‘Queens of the Summer Hotel’ Out 11/5 (Pre-Order)