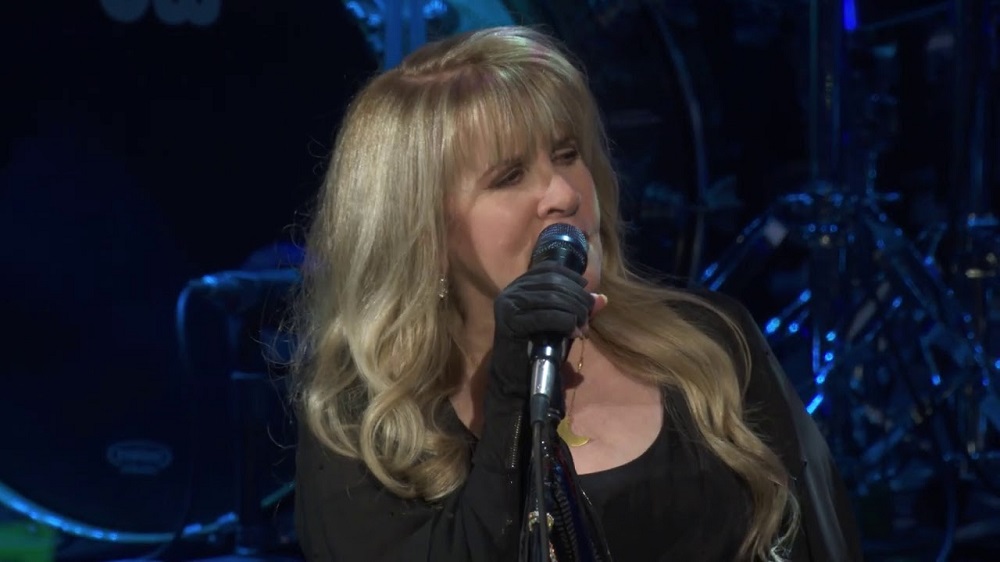 Later this month, Stevie Nicks will revisit her “all-time favorite tour” with Stevie Nicks 24 Karat Gold the Concert, a special concert film release that will also be made available as a live album.

Documenting a few shows on Nicks’ 2017 tour, which saw the singer/songwriter performing songs from her solo career as well as her rich history of Fleetwood Mac classics — including “Dreams,” which is something of a runaway viral internet sensation these days.

(Click here to pre-order Stevie Nicks 24 Karat Gold the Concert from our Rock Cellar Store — the album will be available on Dec. 4)

The film will be made available as a special two-night-only theatrical screening on Oct. 21 and 25 — tickets are available now for the screenings (where allowed, of course):

I’m so excited to bring you as close as we can to a concert experience for now. Grab your mask, be socially distant, and enjoy the show! Tickets are available now to see the #24KaratConcert in cinemas, drive-ins, and exhibition spaces on October 21 & 25. https://t.co/K0Zot0YmUc pic.twitter.com/SVxYWb8UYV

Preview the film and live album with a performance of “Rhiannon,” which was shared this week:

Click here to visit the film’s official website, where you can find out information regarding ticketing for the film release. A synopsis of the concert film:

In addition to the concert film, its accompanying live album will be released on Oct. 30, with a 2-CD set will exclusively be available at Target, with a regular black vinyl edition available everywhere else. Of course, the live album will also be available on all digital streaming platforms, too.

Said Stevie Nicks in a statement about the film and album, and the tour itself:

“The 24 Karat Gold Tour was my all-time favorite tour. I not only got to sing my songs but I was able to tell their stories for the first time. I love having the opportunity to share this concert with my fans.”