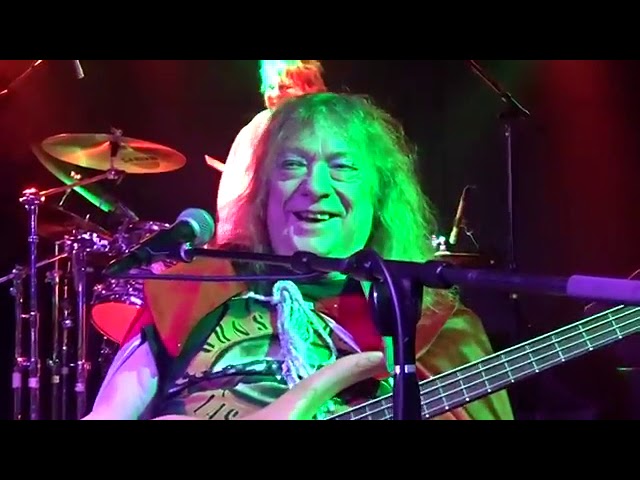 Steve Priest, a founding member and bassist of the English glam-rock band The Sweet, has passed away at the age of 72.

The news was confirmed on Thursday by the band’s official site, which posted a message to its website and social media channels:

It is with a heavy heart that we announce at 8:25am PT today, Steve Priest, founding member of The Sweet, passed away. He is survived by his wife, Maureen, three daughters, Lisa, Danielle & Maggie and 3 grandchildren, Jordan, Jade & Hazel.

Dear Friends and Fans,We have very sad news – Please see the below statement from Steve Priest’s…

For quite some time, both Steve Priest and Andy Scott of the Sweet (the two surviving members after the deaths of vocalist Brian Connolly in 1997 and drummer Mick Tucker in 2002) led their own versions of the band with Scott offering his condolences in a post to his Facebook page on Thursday:

Then there was one!

I am in pieces right now. Steve Priest has passed away. His wife Maureen and I have kept in contact and though his health was failing I never envisaged this moment. Never. My thoughts are with his family x.

He was the best bass player I ever played with. The noise we made as a band was so powerful. From that moment in the summer of 1970 when set off on our Musical Odyssey the world opened up and the rollercoaster ride started! He eventually followed his heart and moved to the USA. First New York then LA.

Rest in Peace brother. All my love.

Then there was one! I am in pieces right now. Steve Priest has passed away. His wife Maureen and I have kept in…

The Sweet amassed international acclaim with songs like “The Ballroom Blitz,” “Block Buster!” and “Fox on the Run” and “Love is Like Oxygen,” among others, amassing 13 Top 20 hits in the U.K. in the 1970s and selling more than 55 million records worldwide.

May Steve Priest rest in peace.