Home / Out Now: New Solo Albums from Both Steve Lukather and Joseph Williams of Toto (Listen)

Out Now: New Solo Albums from Both Steve Lukather and Joseph Williams of Toto (Listen) 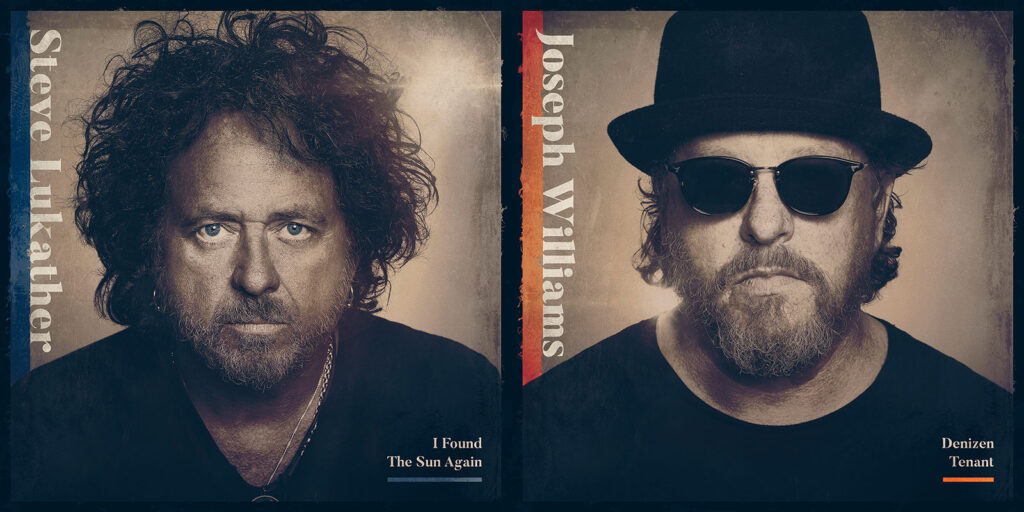 Two distinguished members of the beloved band Toto. Two new solo albums. One release day. It was a coordinated effort from Steve Lukather and Joseph Williams to link each other’s solo albums to the very same launch date, and both records have been released today.

Previewed in recent months with a series of tracks, I Found The Sun Again (Lukather’s record) and Denizen Tenant (Williams’s record) are available now:

Here’s Lukather’s music video for his album’s title track, a trippy little affair that was filmed at his home during lockdown:

Debuted over the summer, “Run To Me” featured both Williams and pal Ringo Starr:

Williams, meanwhile, shared a video for his song “Liberty Man”:

And “Never Saw You Coming”:

Williams’s album features twelve new recordings, including covers of “If I Fell” by the Beatles and “Don’t Give Up” by Peter Gabriel. The full track listing:

This ought to provide hours of musical entertainment for Toto fans. Stream both records below: