Out Now: Sloppy Jane’s ‘Madison,’ a Captivatingly Unpredictable Album Recorded in a Cave in West Virginia

Madison is the title of a deeply engaging new album from Sloppy Jane, the shape-shifting musical project helmed by Haley Dahl. And yes, as the headline states, it was recorded in a cave — to be precise, Lost World Caverns in West Virginia.

A news release cites Madison as the first time an entire album has been recorded in a cave, but do not infer from such declarations that this was a gimmick. Rather, the album is an expression of the intensity and commitment to her artistic vision that compelled Dahl and her 21-piece band(!) to descend underground to record its 11 songs, beginning with the ominous “Overture” and concluding with “Epilogue,” bookends that speak to the scope and focus of this project.

It’s not a debut album, though, as Dahl released a full-length titled Willow in 2018, yet Madison is a starkly different experience from start to finish, at times reminiscent of Kate Bush with its uncharacteristic delivery and lyrical phrasing … despite, well, this tweet from the artist herself:

It’s genre-less in its expressive specificity, if that makes sense.

make up a word for this feeling: having a sweeping epiphany where i understand why people have told me for years my music might be hard to market, as i stand in a record store to look for my own record and have no idea what section it would be in

Hanging upside down, I am wringing out a washcloth waist
Imprisoned in a wedding pigeon body with a tin can face
I cry into the pages of a Playboy magazine
When I went to the party, everybody looked so clean

This was the first single from the album, released with the news that Sloppy Jane had signed with Saddest Factory Records, an imprint of Dead Oceans that cites Phoebe Bridgers as its label head. The same Phoebe Bridgers that earned rapturous acclaim throughout much of 2021 and into the present on the strength of her second full-length, Punisher, as well as her earlier material and side projects with Julien Baker and Lucy Dacus (boygenius) and Conor Oberst (Better Oblivion Community Center).

Bridgers, in fact, used to be a member of the Sloppy Jane band — a previous iteration of the group, not the baroque, chamber pop-inspired version heard on Madison — where she played bass and provided backing vocals, prior to attaining more attention with her solo material.

It’s a perfect fit, really, Sloppy Jane and Saddest Factory Records. There’s a hushed, heart-wrenching quality to some of the songs on Madison, in particular “Jesus and Your Living Room Floor” and its haunting piano melody. Its video continues the cave dynamic, camera focused on Dahl as she begins the song:

When I finally die, won’t you bury me in,
The same suit that you married her in?

As Dahl explained in a statement, the “cave aesthetic” was one that drew Bridgers in:

“Phoebe and I made friends in high school when I was goth and didn’t bathe and she wore dresses with little bicycles on them – we mistook each other for cool then, and it lasted,” Haley says. “Phoebe is one of my closest friends, and is also someone who has always seen that the things that make my work different are what make it valuable. She played bass in Sloppy Jane. When I was moving to New York I talked about how I wanted to make the band bigger and incorporate chamber instruments, and a lot of people didn’t get what I meant, but Phoebe said, ‘Go get your orchestra.’”

“When I started talking about recording in caves, she was one of the few people to really get it immediately and thought it was the coolest thing. To work with someone who has so much personal context and enthusiasm was kind of a no-brainer. The label name ‘Saddest Factory Records’ came from a joke I made on Twitter, and I kind of think that’s representative of what my ideal professional trajectory looks like—me and my same friends who understand each other making the same jokes over and over again while our platforms expand.”

As you might suspect given how unusual the album sounds, the Sloppy Jane live show is a truly unique experience. Catching Madison‘s album release show at the Pico Union Project in Los Angeles in early December, it was notable how Dahl and her band mates crammed onto the tiny stage, and even more notable how they complemented each other throughout the performance.

The gathered musicians interacted with each other at specific moments — such as on the song “Lullaby Formica,” which begins with sounds of crowd chatter and laughter — before and during Dahl’s verses.

Madison has an addictive quality borne out of its eccentricity and Dahl’s lyrics, which are both morbid and surrealistic:

I swallow quick drying concrete
I dive right into the icky sticky water
See how far I can swim before I sink to the bottom
And run out of air
How come you only touch me when you brush my hair?

At nearly 10 minutes in length, “The Constable” is one of the album’s most impactful statements, a musical suite which Dahl begins with the following (make note of the anguish with which she delivers the final line):

Yesterday, I saw a man kicking a dog in the street
And from the distance, I thought
That you might be the man
And God, I wanted that dog to be me

Live, the tortured storytelling of “The Constable” swelled and swayed as Dahl’s band mates did their bit behind her and, as the song neared its conclusion, even handed champagne glasses out to the crowd and led multiple “Happy New Year” countdowns to match the song’s outro:

The world is ending, the planet is shaking
Overtaken by the big blue screens
Some hid in the caves and they screamed and they prayed
The ceilings fell and they were crushed beneath
A rocket ship from the shore, it took those who could afford it
To fight a war between heaven and space
Some took the seas while others watched their TVs
Dying with dignity and grace
But I just ignored it, I sat on the doorstep
Of the house where you used to live (Happy New Year)

It was a memorable live experience, to say the least, one in which nobody on stage put in anything less than 100 percent of their talent and energy.

Madison is that rare sort of album that demands your full attention (and, likely, repeat listens) in order to fully appreciate the art — but if you give it that focus and energy, the reward is long-lasting. It is a record that will stick in the mind of all who give it a fare shake.

Listen below — but really listen. 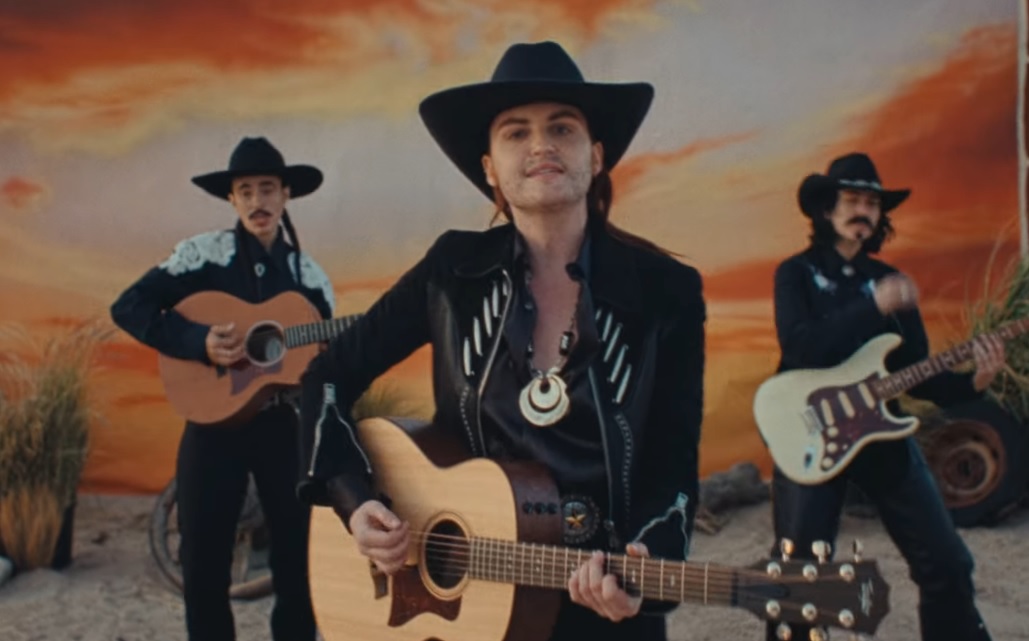