The Independent Artist Spotlight is a new branch of Rock Cellar aimed at presenting under-the-radar musical acts that deserve your immediate attention. As artists and bands are added to the program, Rock Cellar will spotlight some with Q&A-style interviews, allowing the artists themselves to tell their story as they’d want it told. Next up is Los Angeles-based singer/songwriter Sarah Lightman, whose debut album Interlude is available at this link.

What music did you grow up on?

Sarah Lightman: I grew up on everything! From the Beatles, Aretha Franklin, Judy Garland and the classic Hollywood, jazz and musicals to the Backstreet Boys, Linkin Park, Prince, Celine Dion and Eminem.

Did your father help influence your musical path?

Sarah Lightman: Yes, he did, greatly. Since he had a career in the arts as an artist at one point, I always loved to hear him sing. The way he would communicate his melodies and words would hit me every time.

What made you decide to become a street performer?

Sarah Lightman: Oh that’s a funny story. I was doing a session in the studio with my boyfriend, who is a sound engineer, and he was saying that I would do well as a street performer. The idea seemed so foreign and scary because I came from the East Coast NJ/NY/PA region and they’re a bit skeptical when it comes to street performing and what that even means.

When I got out and street performed for about 30 mins in Burbank for the first time, I remember having my guitar, a borrowed amp from a friend, a mic, cables and stand from the boyfriend and I only knew seven songs at the time. It was about 50 degrees and windy so not many people were out, but my friends came to support and then someone threw a dollar in and I felt like, “Wow this is amazing!” It wasn’t even about the money, but about the fact that I able to positively influence and connect with an audience that wasn’t there to listen to music.

They were there to buy pants, and then I started doing it a few days a week and slowly worked myself out of my serving job.

What have you gotten out of street performing?

Sarah Lightman: I could probably write a book, and maybe one day I will — but I will say that the first and most important thing is that people don’t care that much if you forget the words or play the wrong chord, and forcing myself to be in an uncomfortable situation like that was really good for me. I had really bad performance anxiety at first. I still get stage fright from time to time, but I’ve performed so many hours now consistently from street performing the last four years that its like my home base.

The second thing I’ve learned is that music really does save lives and heal them. It’s saved mine. I was once performing at the promenade in Santa Monica and this guy in a trench coat came up to me and he had something sharp in his hand. He was smiling at me and getting rather close, but I kept singing and looked at him dead in the eye. He ended up walked away because he knew he couldn’t hurt me and that the music made him less scary.

I’ve also had crying children go past me and stop crying, I’ve had people fighting stop and listen to the music instead. I even had a woman thank me for the song I was singing because her son who passed away loved that song and she was missing him, looking for a sign from him that morning.

It’s incredible how powerful music can be, and that’s what street performing has taught me.

Tell us about your album and how it was written and recorded.

Sarah Lightman: The Interlude album took a while to write. Back before I felt I could even pursue music for real, I was 18 or 19 and talked about wanting to write an album, but didn’t feel 100 percent confident. I ended up exploring multiple careers in the arts, only to find my way back to music six years later. I want to say it took at least 100 songs and a ton of life experience to build up my voice as a writer, but when it came time to write the album, it took a year, 20 song ideas, and then six months to record it.

It has been a month since the #interludealbum came out! For those who have heard it so far, thank you so much for taking the time out of your life to support it! For those who haven’t heard it yet, you can find it wherever you like to find new music if you would like to check it out (spotify, apple, youtube, etc). If you do listen, comment your favorite(s) song below, and I’ll shout you out to personally say thank you! – – – – – #losangelesmusicscene #soulpop #popsoul #popsoulsinger #sarahlightman #polkadotdress #santamonicasunset #newmusicrelease #lunaguitars #sofarsoundsla #mydailylight

It was really hard to make the album, putting it together in the studio. I was one of the artists unfortunately caught in the PledgeMusic scandal. They kept every cent my fans and family pledged. A few fans were able to get their money back and sent it to me another way, but other than that 90 percent of it was never paid, so I spent months earning as much as I could street performing and doing random freelance opportunities so I could pay my bills, feed myself, pay the players, pay the producer, and finish the album.

By the time I released it I didn’t have much of a budget to promote it and then the pandemic hit, but I did a lot of legwork to make sure the right people have heard it so far. It was a really challenging and stressful journey, but I’m glad I went through it because I learned so much!

What are your musical goals?

Sarah Lightman: I have many! A rather large list in my phone, but I’ll share a few of them. Right now within this next year I’d like to grow my fan base and build a much bigger demand, increase my net worth and open for a few select artists at the top of the music food chain. Opening for big artists isn’t about having them give me a bigger audience to play to. Sure that’s a small part of it, but being able to work with that artist and learn from their legacy is how every great legend becomes one.

Are you working on anything new?

Sarah Lightman: Yes! I am working on a series of singles to release in the near future. I’m really excited to share them! They reveal a different side of myself and give a voice to some important topics that everyone has been feeling.

What advice would you give to other independent artists?

Sarah Lightman: The best advice I can give:

Sarah Lightman’s Interlude album is available at this link. 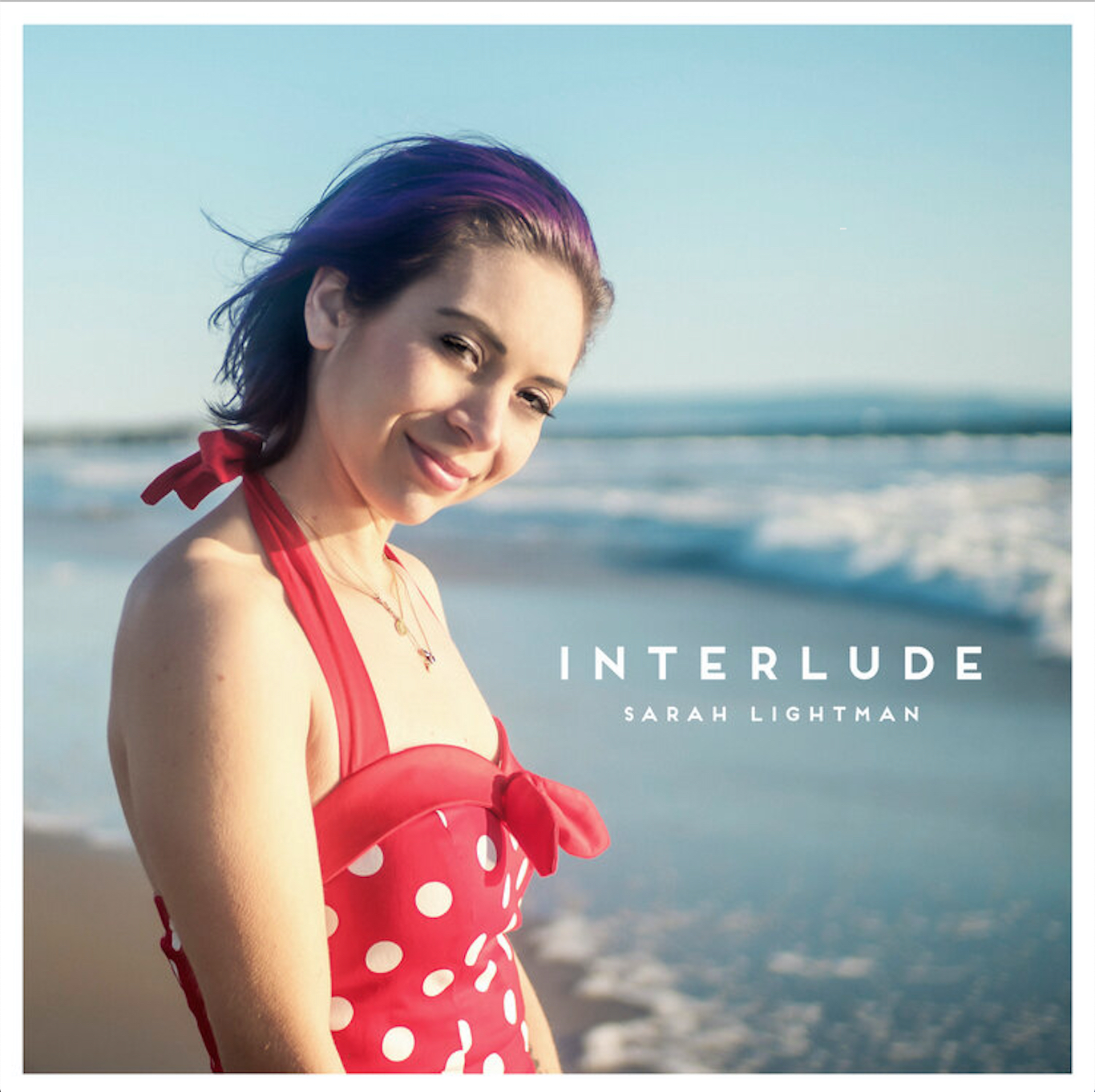