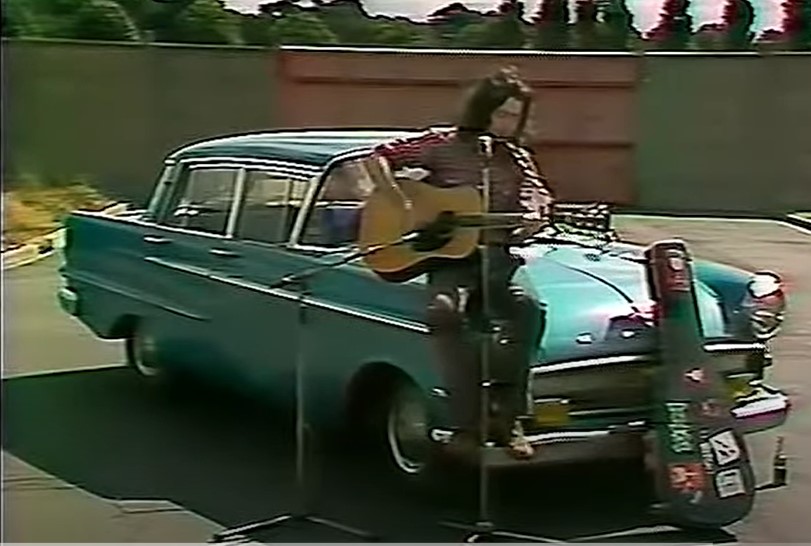 Legendary Irish guitarist, the late Rory Gallagher, is the subject of Blues, a deluxe 3-CD set exploring his immersion in that time honored musical idiom. The compilation was released in March 2019 and is a musical testament to Gallagher’s immaculate skill. 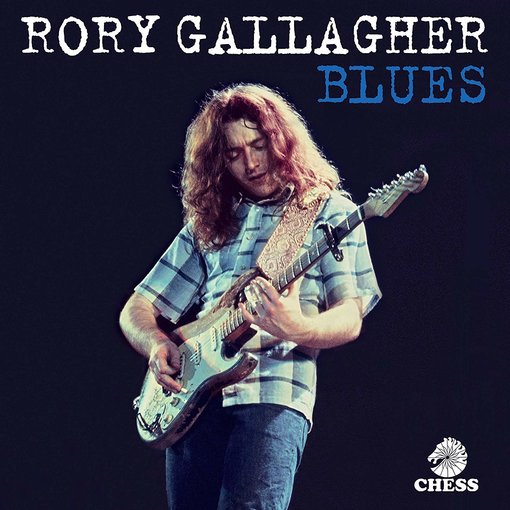 (Click here to purchase Blues from our Rock Cellar Store). 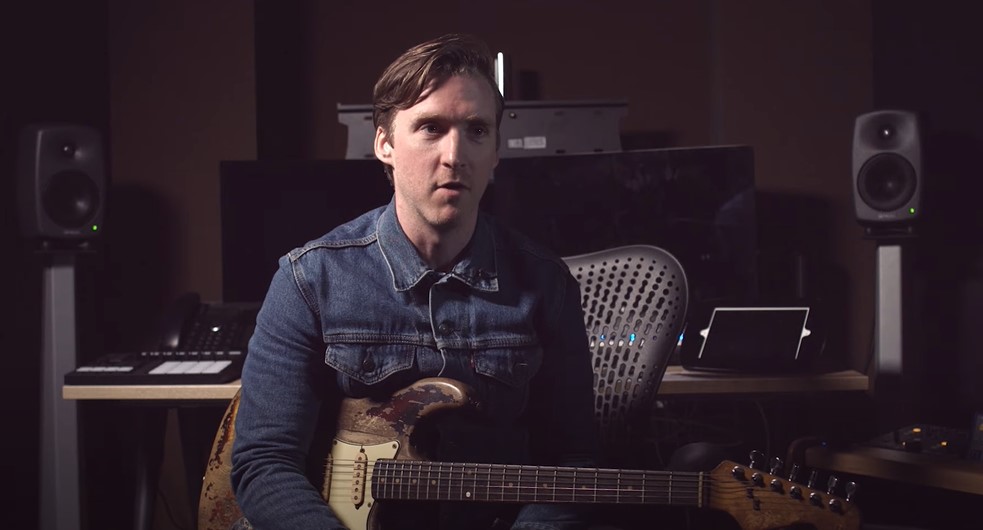 Daniel Gallagher: Everyone knew that Rory was a champion of the blues with his music. It’s weird, he has a lot of crossover into rock and jazz and folk and Irish touches to his music. But it felt necessary that there was a strictly blues album in Rory’s canon and that’s how this came about.

The three-CD version includes about 90% of previously unreleased material.

Rock Cellar: What were the most exciting discoveries for you?

Daniel Gallagher: We started moving Rory’s whole tape archive and as I was doing that I started noticing track names on multi-track boxes that I’d never seen before, or on 7” inch reels. This happened while we were cataloging all of the tapes.

For instance, the electric version of “As The Crow Flies.” It’s a Tony Joe White track that he famously did live on his Irish Tour album, just himself with a National guitar. But I found a whole full band version on this 7” reel from the Tattoo album sessions so that was a real discovery.

It was scribbled in pencil with the name of the song but the handwriting was so bad that I had no idea what it was. (laughs) So I just got it digitized out of interest and was amazed that I found two takes of the band playing the track. Things like that.

“Nothing But The Devil” was another one that really came out of nowhere. All of them have that thing about them.

Rock Cellar: You’re Rory’s nephew. What was your personal connection with him over the years?

Daniel Gallagher: My father, Donal, is his brother, and had been his manager all his career. I think my dad left home around 15 or 16 to work on the road with his brother Rory. They were the only siblings. Rory lived about a 15 minute walk up the road from us when we were growing up. So we were very close. Rory would be over for Sunday lunch most weekends when they weren’t on tour. He didn’t have any of his own children.

My two brothers and sisters were his only two direct relations so he spoiled us rotten.

Rock Cellar: What are your most vivid personal remembrances of Rory?

Daniel Gallagher: It never clicked in my head what he did. I knew my Dad and him would go on tour and that he was a musician, but it never really clicked until one time when I was about five years old and my Dad took me to the Hammersmith Odeon in London where Rory was doing a show and I had no idea where I was going.

I had sort of woken up out of bed and then suddenly we were on the side of the stage and Rory was playing in this huge theater and all of these people were rocking out and that just blew my mind. (laughs)

Rock Cellar: Explain the appeal of blues music to Rory.

Daniel Gallagher: It’s a strange one, coming from Ireland and stuff and he seemed to be very much on his own in that. When he was a child he heard Muddy Waters first and that really connected with him. I remember him talking about that stinging slide guitar and that really shook him. As a child he really liked Leadbelly and country blues stuff.

Then there was a parallel, he’d used to say, between Irish songs and blues songs with the song detail and these downtrodden stories … and he connected with that. The Americana of it appealed to him much more than the Irish folk side of it, so that’s why he went in a much more blues direction with his own music rather than Irish folk.

Rock Cellar: Speaking of Muddy Waters, the Blues collection features Rory playing with a number of luminaries including Waters, Albert King and Jack Bruce, among other notables.

Daniel Gallagher: In 1971, one of the proudest moments in his career was when Rory was invited to play on Muddy Waters’ London Sessions album as a guest guitarist. That was really such a highlight for him because Muddy Waters was his ultimate hero.

Albert King was an interesting one. Rory was at the Montreaux Festival in 1975 and had done his own show and had guested on a bunch of other people’s shows. Then they did a big guitarist night with a bunch of other guitar player like Larry Coryell. Then Rory got a telegram form Albert King’s manager asking if he’d come down and join Albert King’s concert.

Rory was quite reluctant because he didn’t know Albert’s songs well enough and said they were more structured than Muddy’s. I think he was strong-armed into it and as he walked onstage and he asked one of the band members what key the song was in and was told B natural. He said that Albert played his guitar upside down so it was hard to see what he was doing, but he ended up playing on five or six tracks with Albert and the one that’s on this album is unreleased from the Albert King live album.

That was another nice find. As we were moving the tapes I found these tapes that said “Albert King Album” but nothing else on them. So I digitized them and this track was on there. It didn’t make the Albert King album because he’d released the song on another live album. So this version with Rory guesting is an unreleased Albert King track as well.

Rock Cellar: Rory was raised in Cork, Ireland. How did being from Ireland and being exposed to that tradition of music infiltrate his music?

Daniel Gallagher: I can hear it in his soloing, in his triplet playing. There’s things he did on the guitar that had little Irish qualities to it, and I think that’s why his guitar work is quite different from a lot of other blues guitar players.

He did this modal stuff and also played notes that wouldn’t strictly be in a blues scale. He did these little Celtic licks in his playing that makes him stand out and sound different. I think that stuff creeps into his playing.

As far as other Irish folk things, I think he did kind of shy away from it especially early on in his career. At the time, Van Morrison had come and gone out of Ireland with his group Them and had gone straight to America. So he was really Ireland’s first rock star in that way.

I don’t think he wanted to do any sort of Irish rock things. People did quite well with that sort of things, Thin Lizzy, for instance with “Whiskey In The Jar.” But I don’t think he felt that was his thing or maybe though it was too schmaltzy or whatever.

He didn’t want to be the first Irish guy to come over and be doing Irish folk songs but rocked-up. That wasn’t his style, but the Irishness is definitely there in his playing — just not necessarily in his songwriting.

What separated Rory as a guitar player as well is it’s funny how this group of kids all found blues music from around the same time. If you asked those guys to list their influences they’d all be quite similar. Irish music is one of the differences. Rory grew up above his grandmother’s pub in Cork and his father played accordion and different instruments so he would have been immersed in Irish music.

That makes the notes he chooses to play quite different from other guitar players.

Rock Cellar: Who are the modern crop of players citing Rory as an influence?

Daniel Gallagher: A lot of guitarists from The Edge to Johnny Marr all cite Rory as their first guitar hero. I wouldn’t say you can necessarily easily pick it up in their playing. Ed Sheeran said the first song he ever learned how to play was “A Million Miles Away.”

Davy Knowles, a young blues player who is based in Chicago now, but is from the Isle of Man. He’s played with Rory’s ex-band members and he had Rory’s style down brilliantly. There’s a guitar player named Tyler Bryant, a brilliant young guitarist, who very much has Rory’s look and play a Strat and everything. He’s a young guy coming through who definitely has Rory’s style.

Rock Cellar: Is it true Rory was tapped to replace Mick Taylor in The Rolling Stones but turned it down?

Daniel Gallagher: Yes, that was true. Rory got invited over in January of 1975 to Rotterdam. He got called up by Marshall Chess. They called him in Ireland and he got a flight over and Mick Jagger met him at the airport and he spent three or four days jamming with the Stones.

Rory had a Japanese tour starting in a few days and he kept asking what he should do, he’d have to postpone the tour or leave and he wasn’t getting a straight answer from anyone. Everyone kept saying, “You’ve got to speak to Keith” and apparently he couldn’t get Keith to wake up or something like that so he just got on the plane with his guitar and flew back to London Heathrow and took the next plane straight to Japan.

But it definitely happened. Bill Wyman talked about it in Ghost Blues, the film documentary about Rory. Apparently he was the first one to play with them at that time and all the magazines in Germany ran with it saying Rory was the next guitar player in The Rolling Stones. After Rory had left that’s when they decided they had to get in as many guitarists as possible and make it look like an all out audition. As Bill Wyman said in the documentary, “Rory was great and he could play brilliantly, but he was a singer, he was soloist and he was a soloist and he would have never been able to handle Mick and Keith in the ‘70s.” (laughs)

Rock Cellar: For the uninitiated, what song and album would you steer them to first?

Daniel Gallagher: A lot people are a bit scared by live albums but if they’re not scared off by live albums I’d steer them to the Irish Tour album. It’s Rory at his ‘70s peak.

Calling Card, from start to finish, has great songs. It was produced by Roger Glover of Deep Purple and it’s a really flat out ten-out-of-ten album. Either of those are a good way to start.

I’d probably lean towards Calling Card if I had to choose. 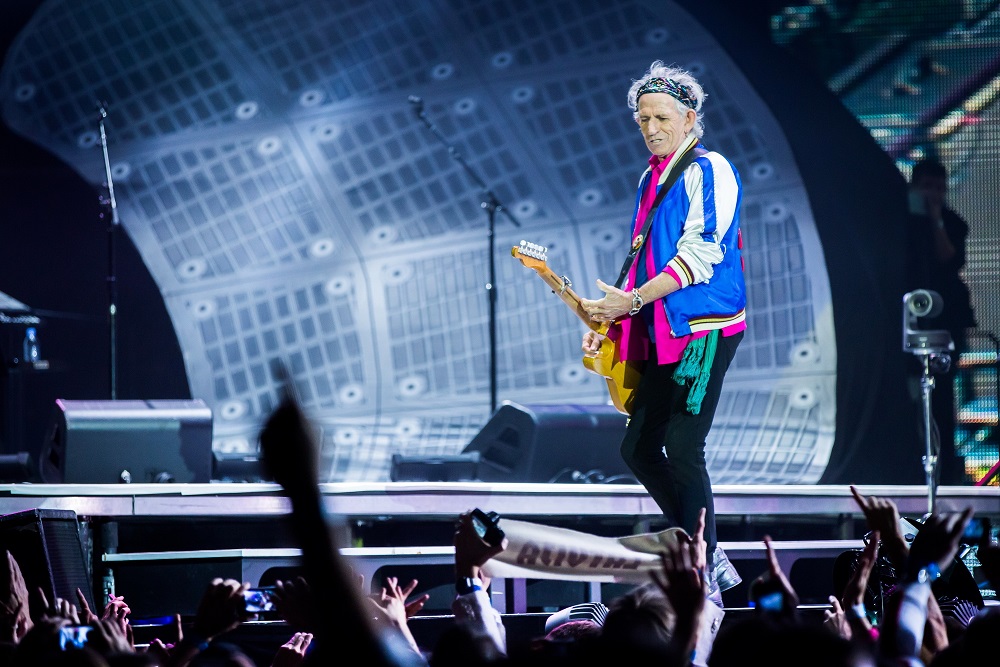 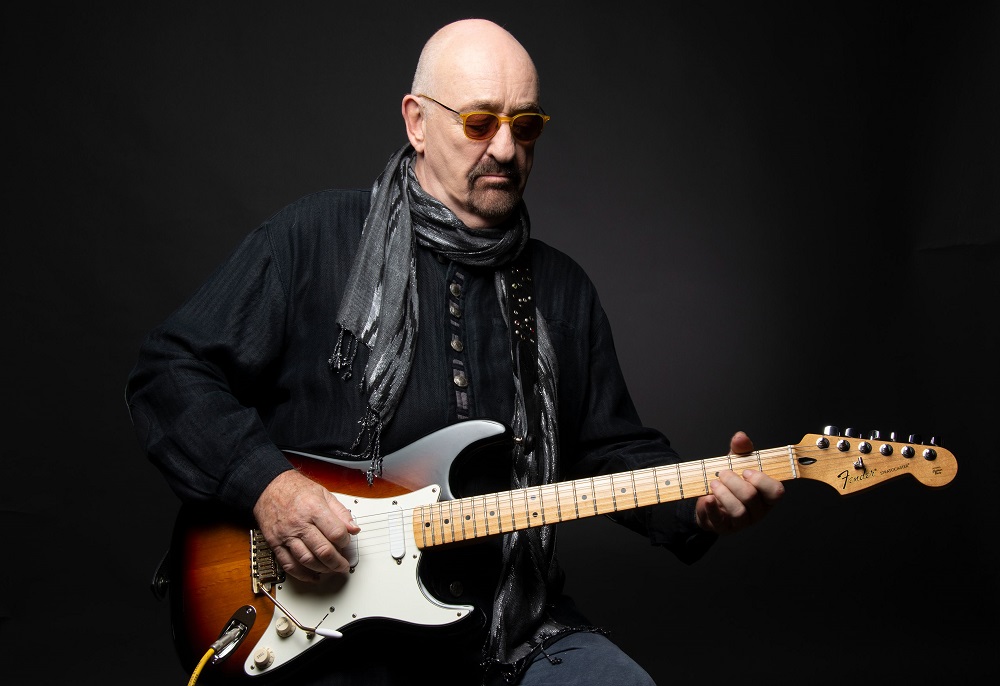