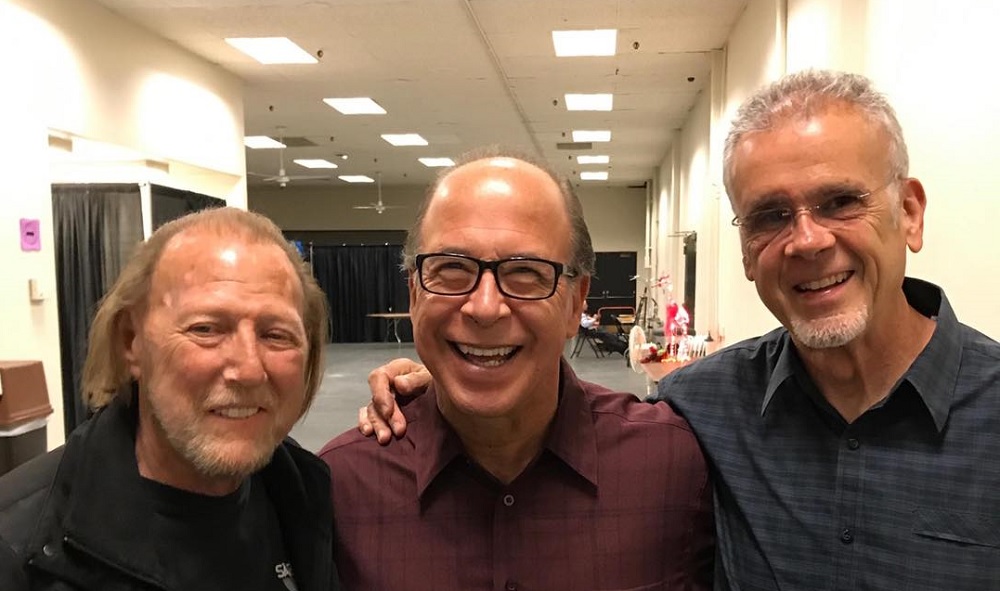 Rocco Prestia, renowned bassist known for his work with the Bay Area funk band Tower of Power, has passed away at the age of 69.

The official Tower of Power Facebook page shared the unfortunate news early Wednesday morning, along with this warm message of remembrance:

Our dear “Rocco” passed away last night, peacefully with his family by his side at a hospice in Las Vegas. Some of us were blessed to have a few parting words with him over the last few days and for that I’m so grateful. Many people know that I always called him Frank because his name was Frank Hueton back in 1965. Frank was a very sweet kid with really cool hair when we first met in junior high school and we actually brought him into our band because of his hair; he was a horrible guitar player. My father had hired a teacher named Terry Saunders to teach us one song a week and the first thing Terry said to Frank was, “You need to play the bass!!!” How right he was!!! As a bass player he was totally unique and as a person he was one of a kind. He fought a long fight over the last 20 years and now he’s with the Lord and heaven is his home. I’ll miss him dearly but I know that he’s now at peace and I look forward to seeing him there. To say that Francis Rocco Prestia was a huge part of the Tower of Power sound is a gross understatement. When people listened to Tower of Power it was always Rocco that they walked away talking about and he had a major impact on the music world. – Emilio Castillo, Bandleader for Tower of Power

Our dear "Rocco" passed away last night, peacefully with his family by his side at a hospice in Las Vegas. Some of us…

Posted by Official Tower of Power Band on Wednesday, September 30, 2020

In its memorial post, Guitar World notes that Prestia, who underwent a life-saving kidney transplant in 2014, had been battling “various illnesses since 2001.”

“As for how Prestia described his influential technique, he told Bass Player: “I generally play by jumping to different positions with my left hand, instead of spreading my fingers to play across a wide span. My hand lies flat over the fingerboard, in a three-fret space, and I mainly use my index and middle fingers to fret the notes, and my 3rd finger and pinkie to dampen the strings – although I occasionally fret with those fingers, as well.

“With my right hand, I use alternating index and middle fingers to pluck the strings, about midway between the neck and the bridge, anchoring my thumb on the pickup or the E string. I combine dead notes and ghosted notes, but not in a planned way; they come out naturally.

“Dead notes involve fretting the note and then muting it with my third finger and pinkie, as well as how I attack and stop the note in my plucking hand. For ghosted notes, I place my finger over the note but I don’t press down on the fret, so that finger is muting the string.”

May Rocco Prestia rest in peace.