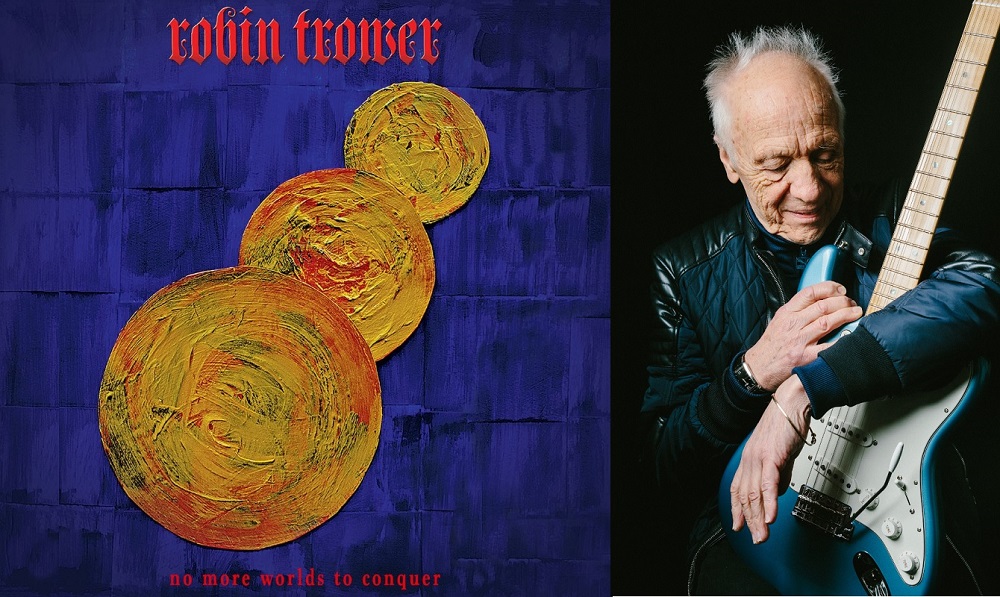 On April 29, legendary English guitarist Robin Trower added to his revered catalog of music with No More Worlds to Conquer, a brand new studio album that is very much the 77-year-old’s emotional reaction to the world around him.

Some of the material on No More Worlds to Conquer, Trower said in a news release, are inspired by his perspective on the state of global politics these days, with “Cloud Across the Sun” and “The Razor’s Edge” being specifically cited in that context. “Those are definitely about my dissatisfaction with the politicians of the day — pointing the finger at the ones that don’t keep their promises.”

Despite the album’s title, Trower still has plenty to say, and he lets his music do the talking.

“I definitely feel like I’m still reaching,” he added, “with the guitar, and the songs, and everything else.”

“With every album, it’s the best I can do at that particular time. I think that’s what it’s about. I set myself goals and each song has to live up to them.

“What usually happens is that I’m playing the guitar for fun and an idea will suddenly appear,” continued Trower. “Then you’re looking for a lyric that grows out of the music and enhances the mood. it’s lovely when you’ve gone right the way through from the beginning of the first little guitar idea that grows into a song and eventually you get a track down and finished – and it’s something like how you heard it in your head.”

It’s clear a lot of thought went into No More Worlds to Conquer, and it’s another fine addition to his versatile history of music.

Give it a listen below.