Home / Live Review: By the Time Robbie Williams’ Las Vegas Residency is Finished, He Ought to Finally Have an American Audience

Live Review: By the Time Robbie Williams’ Las Vegas Residency is Finished, He Ought to Finally Have an American Audience 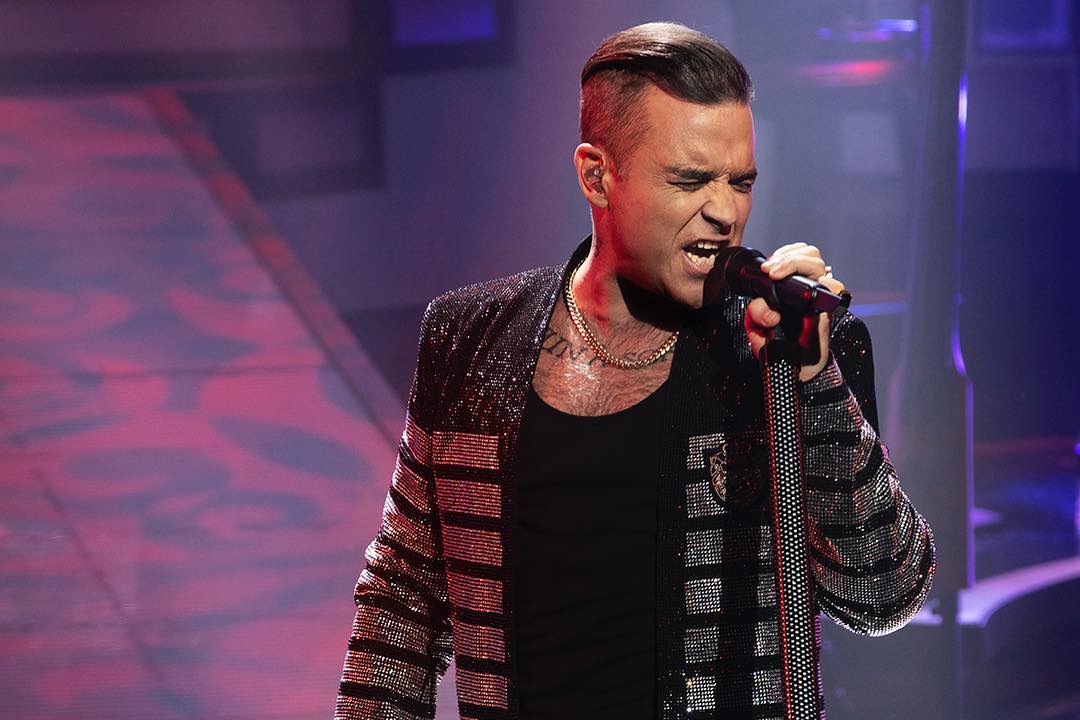 This past week, something rare happened: Robbie Williams performed in the United States.

Williams, one of the world’s biggest and most successful pop stars for the past 20+ years, hadn’t performed in the states in roughly 15 years. Despite being an institution of rock/pop music with an edgy, cheeky sense of humor that has combined to make him a global icon, fame and attention has eluded him stateside, so much so that he’d effectively given up his efforts to “win” the country’s favor.

Then, in November, Williams announced his first-ever residency in Las Vegas, set for the Encore Theatre at the Wynn.

I’m beyond excited to announce my first ever Vegas residency at @WynnLasVegas! All the info you need can be found here >> https://t.co/BpYPZ13jOC #robbievegas pic.twitter.com/2kSiKDFseJ

The first batch of shows sold out in minutes, prompting an additional set of gigs scheduled for June and July — which also sold out quickly.

What was happening? Has Williams’ lack of activity in the United States earned him the type of rabid fan base that would pack an expensive Vegas club for days on end?

The Saturday, March 9 show was the third of Williams’ residency, and it was filled to the brim with fans. A good number of them seemed to be Europeans or English fans who flew over to Vegas for a proper trip to Sin City and see the guy they usually have to see in gigantic stadiums or 100,000 open-air fields.

But there was a noted sense of excitement and anticipation from the American fans that were in attendance, which was clearly something Williams wasn’t entirely anticipating. This was evident given the set list for the shows (which, as of now, was unchanged through the first three concerts).

For this residency, Williams has worked up a new song, “Live in Las Vegas,” which opens the show in dramatic fashion. Here’s some fan-shot video from one of the recent gigs:

Clearly opting for a full “Las Vegas-style show” instead of his own Greatest Hits set, Williams and his incredible backing band played a number of covers and standards, peppering in some of his biggest solo hits toward the end of the night.

This definitely left a bit to be desired for the die-hard American fans eager to see a real, proper Robbie Williams gig — but it’s also totally understandable, given the nature of these gigs in the first place. Having released two separate swing/standards albums, in 2001’s Swing When You’re Winning and 2013’s Swings Both Ways, Williams has made it very clear he’s a student of the past and draws heavy inspiration from the Rat Pack … so who better to toast while in Vegas than Frank Sinatra and Dean Martin?

“Ain’t That A Kick in the Head,” “Minnie the Moocher,” “That’s Life,” “Theme from New York, New York” and “Land of 1000 Dances” also make an appearance on the set, as does Williams’ engaging duet with his father, Pete Williams on “Sweet Caroline.” There’s also an unexpected jazz/swing rendition of Radiohead’s “Creep” and Shaggy’s “It Wasn’t Me” done barbershop quartet style, for good measure.

The only solo hits Williams performs in full on the evening were “Rock DJ,” “Kids,” “Feel” and, of course, “Angels,” in addition to “Let Me Entertain You” early in the set. For fans who’ve waited two decades or more to finally see him in concert, this might come as a bit of a rough surprise … but it works.

Robbie Wiliams is simply a masterful performer and world-class entertainer. His band, helmed by writing partner and longtime creative colleague Guy Chambers, is impeccable, and the dancers used in this Vegas production are top-notch. It’s truly a magnificent performance all around, fully capturing the “Las Vegas experience” with a decidedly and unmistakable Robbie Williams tilt.

There were the jokes — from “If you loved the show, I’ve been Robbie Williams. If you hated the show, I’ve been Liam Gallagher” — a short speech about his new ambassadorship with Weight Watchers, stories of his life back in Stoke-On-Trent, and more. Williams glided around the stage, clearly having a great time while a bit out of his element playing a tiny, intimate theater instead of a gigantic seat-filler like he’s accustomed to everywhere else.

And the set list, while absent of many of Williams’ signature songs, never lets up. The Vegas audience isn’t a regular audience, it’s easy to assume, so making the evening’s performance geared to please everybody was a good idea.

That being said, there were some moments that implied Williams and his band might add in more of his original material as the residency goes along. Specifically, he teased the audience with “Strong” and “She’s the One” to see if they knew the words — and for the most part, they did, visibly impressing him as he tried the experiment out from the stage.

Also, he hinted a couple times about coming back to the States for a proper tour, which he wisecracked would be “Robbie Williams’ Pointless Tour of America” — a concept his American fans definitely hope to see at some point in the future, cheeky title or not.

Catching Robbie Williams live after waiting as long as all of his American fans have in a setting as intimate as the Encore Theatre was a real treat for the many fans who have waited years to see it, and by the time his residency is completed, there’s no doubt Robbie will have won over a significant number of new fans in the United States.

Tickets are sold out for the rest of the residency, but you can check out the schedule at Ticketmaster. 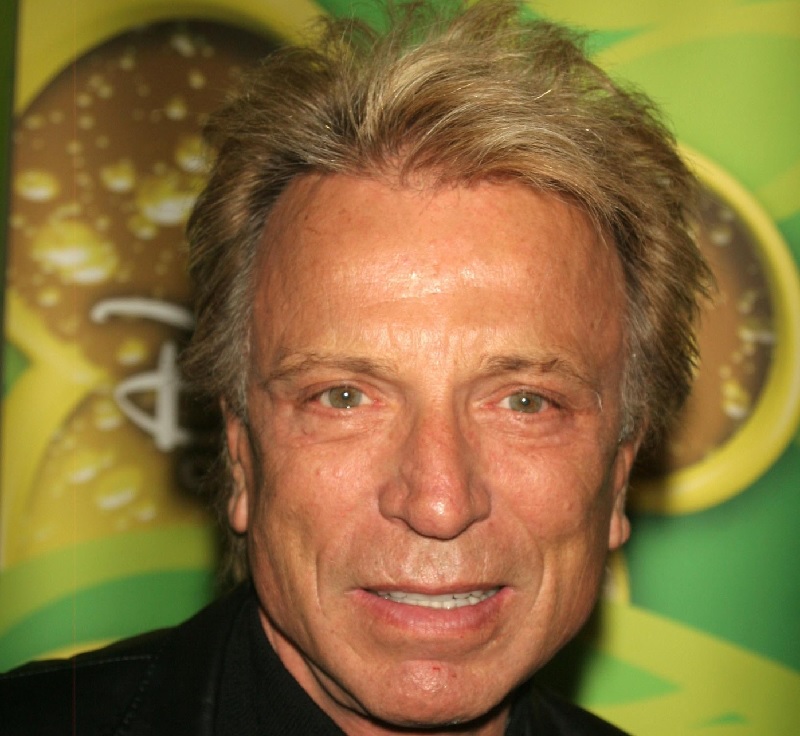 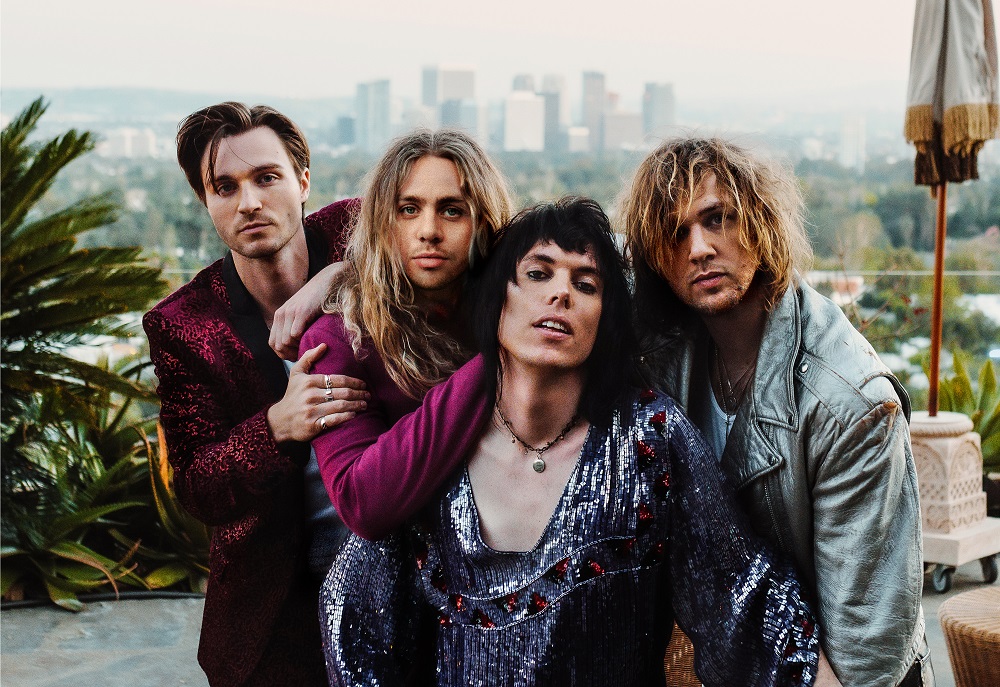