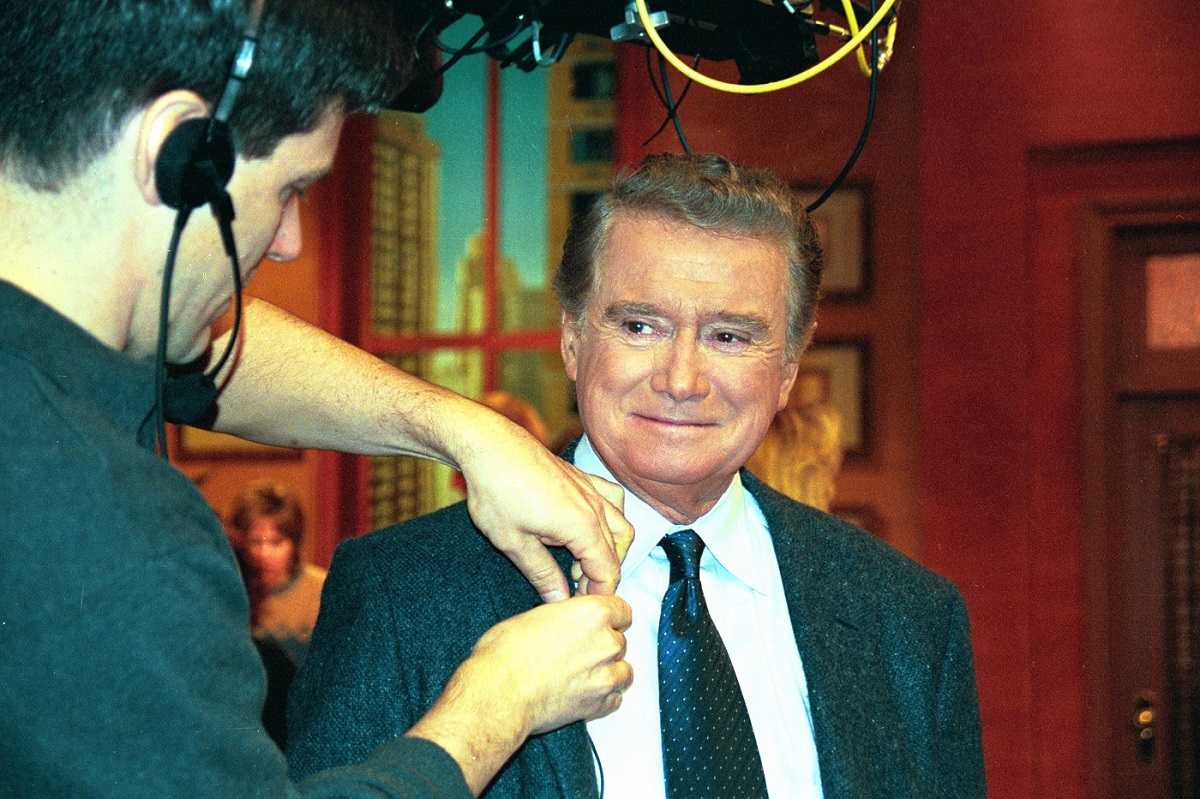 it’s nearly impossible to think of “classic television” without calling to mind Regis Philbin. On Saturday, it was announced that the legendary television host and personality has passed away at the age of 88.

A statement from the Philbin family, provided to People:

“We are deeply saddened to share that our beloved Regis Philbin passed away last night of natural causes, one month shy of his 89th birthday,” his family shares with PEOPLE in an exclusive statement on Saturday.

“His family and friends are forever grateful for the time we got to spend with him – for his warmth, his legendary sense of humor, and his singular ability to make every day into something worth talking about. We thank his fans and admirers for their incredible support over his 60-year career and ask for privacy as we mourn his loss,” the Philbin family says.

Exemplary of Philbin’s incredible career, which spanned decades and several high-profile hosting gigs including Live! with Regis and Kathie Lee, its later version Live! With Regis and Kelly (alongside Kelly Ripa) and the game show Who Wants to Be a Millionaire? is this: Regis Philbin owns the Guinness World Record for for the Most Hours on U.S. Television, totaling 16,746.50 hours (as of September 2011).

Philbin’s warmth and wit made him beloved by audiences for years, and his stint hosting Millionaire was iconic:

The Hollywood Reporter, in its detailed look back on Philbin’s life and career, included the story of how Millionaire came about:

When he learned that ABC was planning to do a version of Who Wants to Be a Millionaire, which had originated in the U.K., Philbin lobbied to serve as host.

“I got a tape of the show and said, ‘My gosh, this has hit all over it. Someone walks off the street and wins a million bucks?!’ I just loved the whole format,” he said. “I wasn’t even on the ABC list. I had to pitch pretty hard to even be considered for it.”

Who Wants to Be a Millionaire, executive produced by Michael Davies, debuted on Aug. 16, 1999, and aired almost 400 times in primetime before it expired in 2002 amid viewer exhaustion.

“When it went off, I thought that’s what you get for giving too much of it away to the audience,” Philbin, who won a Daytime Emmy for his work, told the Associated Press. His question to contestants, “Is that your final answer?” became a national catchphrase.

Heartbroken. We will miss you regis 💔💔💔 pic.twitter.com/kB8oag8BFO

Saddened to hear about the passing of Regis Philbin. Condolences to his wife Joy. 😞

We are sad to learn about the passing of TV icon and fellow New Yorker, Regis Philbin. RIP pic.twitter.com/SIpYDgzPMc

RIP Regis. You gave us all so much joy. Loved the few times we worked together. pic.twitter.com/VWt9xL3jgr