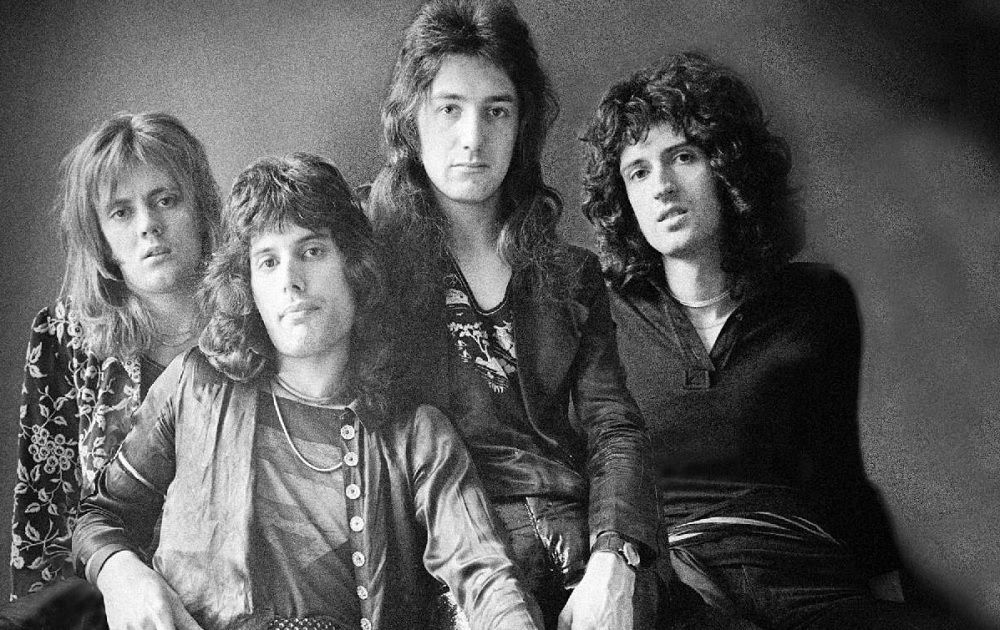 The second installment of the series premiered late last week, and depicts a few crucial early gigs the band delivered at The Rainbow in London.

(Chronology note: While the group originally formed in 1970, it wasn’t until a year later that bassist John Deacon joined the fray, setting in action the band’s classic lineup including guitarist Brian May, drummer Roger Taylor and dynamic vocalist, Freddie Mercury).

👑Queen The Greatest Live At The Rainbow – London, 1974🇬🇧 3 memorable sold out headline shows at London's prestigious venue, The Rainbow. A clear statement that as a live act in the UK, Queen had well & truly arrived!
Watch Episode 2⬇️https://t.co/YuY0rMemuH 🎥#QueenTheGreatest pic.twitter.com/w4jJFi31qH

As Brian May recalled:

“We’d done our support tour and then promoter Mel Bush came to us – he was a pretty top promoter at the time – and he said ‘I think you guys can headline the next tour,’ and we were surprised. I remember thinking ‘Wow, that’s very quick,’ because normally you would support a few acts and build a following and then you would go on your headline tour.

“But he said ‘No, I feel you can do it, you can sell out all these places’ and he gave us a big list – Newcastle City Hall, Manchester’s Free Trade Hall or whatever, you know all the sort of classic gigs that Rock Bands do, and he said ‘you can fill all these, and at the end we’re going to do the Rainbow.’

A fun fact about this era of Queen live, per a news release:

This new installment in the YouTube series follows the premiere episode, which featured a spotlight on “Keep Yourself Alive,” billed as “the song that started it all.” It was that track that kicked off Queen’s self-titled 1973 debut album.

Next up in the series will be a spotlight on the band’s “turning point” single, October 1974’s “Killer Queen.”

And don’t forget about the first-ever Queen mobile game, which also launched recently as well.