Home / Out Now: ‘Made of Rain,’ the First New Album from The Psychedelic Furs in 29 Years (Listen/Stream)

Out Now: ‘Made of Rain,’ the First New Album from The Psychedelic Furs in 29 Years (Listen/Stream) 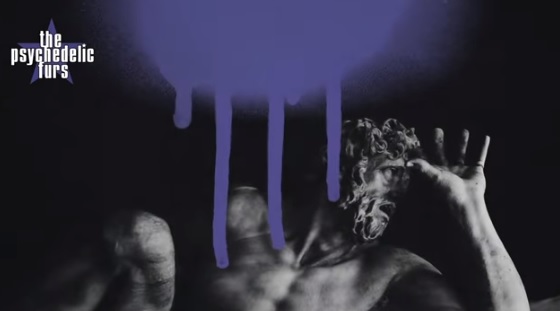 Quite a lot of time has elapsed between 1991 and 2020. The nearly three decades between have brought about substantial shifts in culture, the global landscape as a whole … and pretty much everything else. Those 29 years also designate the gap between albums from The Psychedelic Furs, who returned on Friday with Made of Rain.

(Click here to pick up Made of Rain from our Rock Cellar Store).

The record is the Furs’ first since 1991’s World Outside and the band’s subsequent breakup a year later. Though they’d reassemble in 2000 and perform off and on after reforming, no new records were made by Richard Butler and his musical colleagues, but that drought is long over now.

In Rock Cellar’s new feature interview with Butler conducted by Jeff Slate, the Furs’ front man speaks at length about the creative mind set that went into Made of Rain. Among the many revealing and candid things Butler says in the chat is this answer to the question about writing music with a specific audience in mind:

“I’m really making records for those people who come down and see us. Myself first, but I do think of myself performing them when we’re writing them and working on them, and I would hope that the people that come down and see our shows will enjoy them. And that’s about as far as it goes.

We’d be foolish to be writing songs to try and get on pop radio, at this point. That’s not going to happen.”

That’s a refreshing take, and is exemplary of the freedom the Psychedelic Furs had in the studio when working on this new material.

Said Butler of the process:

“It’s interesting how it worked. The members of the band would send me ideas, and I’d work from those. Rich Good lives up in the desert in California somewhere. Tim, my brother, is in Kentucky. Mark is in Chicago. And Paul Garisto is in Baltimore. They’d send me ideas. I’d sit down, and with some ideas nothing would come to me. With other ideas, I’d come up with a melody pretty quickly, and I’d write lyrics and send it back. And then back and forth it went.”

Welcome back to the Psychedelic Furs — a key part of music history, back in action on their own terms, making the music they want to make.

Stream Made of Rain below, via Spotify: