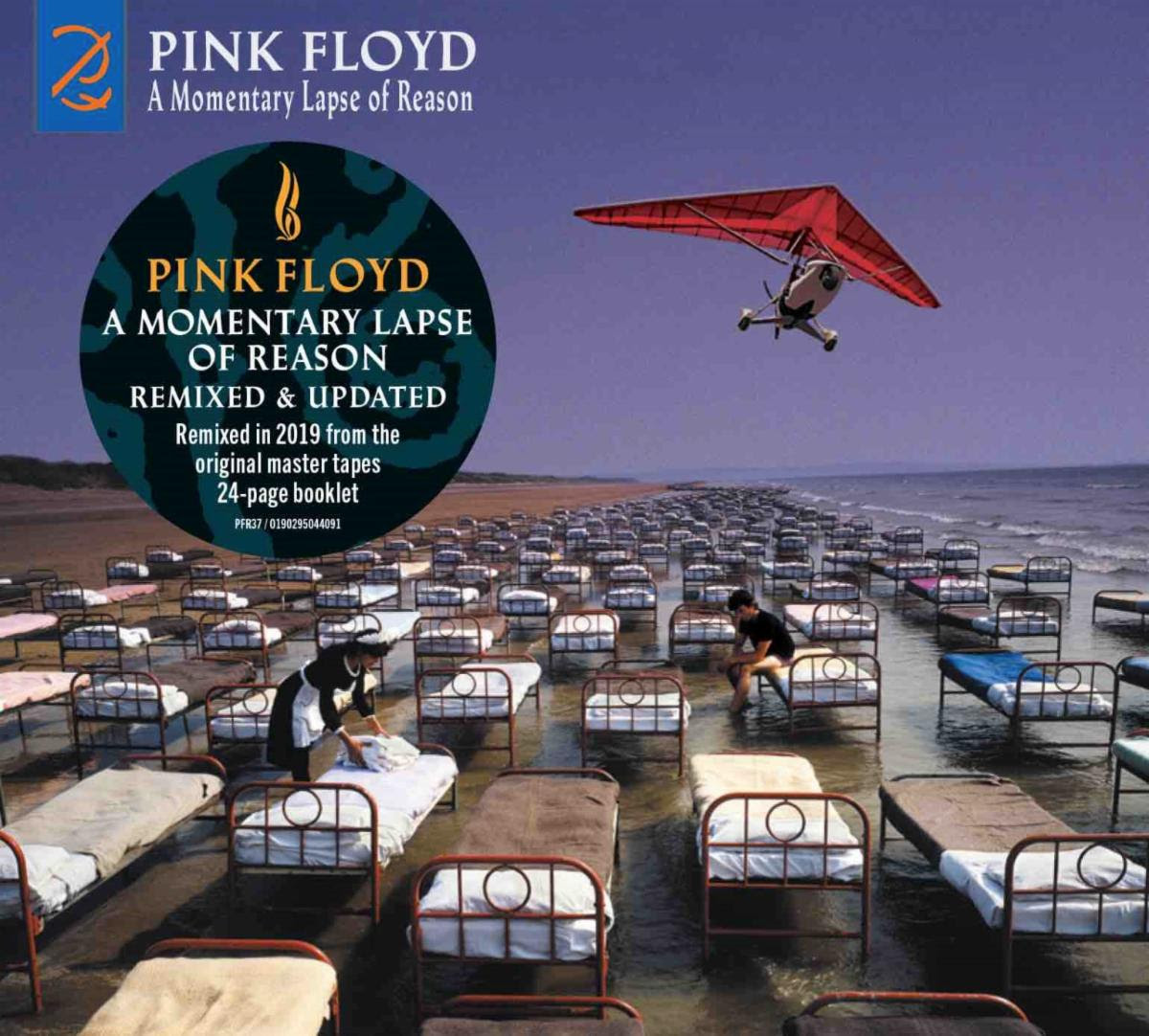 Coming on Oct. 29 via Sony Music, Pink Floyd: A Momentary Lapse Of Reason – Remixed & Updated looks to be a lavish and deeply rewarding revisiting of the English band‘s 13th studio album, which was first released in 1987.

The material remixed and updated by David Gilmour and Andy Jackson for the 2019 The Later Years archival project, the album will be available on Vinyl, CD, DVD, Blu-ray and digitally with Stereo and 5.1 mixes. In addition, for the first time, the album will be presented in 360 Reality Audio, a new immersive music experience that closely mimics the omni-directional soundscape of live musical performance for the listener using Sony’s object-based 360 Spatial Sound technologies. ‘A Momentary Lapse Of Reason’ will also be released in Dolby Audio and UHD in addition to 360 Reality Audio, all of which will continue with other Pink Floyd releases.

As a preview, a crisp new music video for “Learning to Fly (2019 Mix)” was premiered with the announcement:

So what, exactly, is 360 Reality Audio? Per  news release:

360 Reality Audio is a new immersive music experience that uses Sony’s object-based 360 Spatial Sound technologies. Individual sounds such as vocals, chorus, piano, guitar, bass and even sounds of the live audience can be placed in a 360 spherical sound field, giving artists and creators a new way to express their creativity. Listeners can be immersed in a field of sound exactly as intended by artists and creators. Music content created in this new format for 360 Reality Audio can be enjoyed through compatible music streaming services.

The release of ‘The Later Years’ project in 2019 gave an opportunity for a fresh overview of the ‘A Momentary Lapse Of Reason’ album, originally released in 1987. By returning to some of Richard Wright’s original keyboard takes, and by re-recording new drum tracks with Nick Mason, producers David Gilmour and Bob Ezrin have restored a better creative balance between the three Pink Floyd members.

“Some years after we had recorded the album, we came to the conclusion that we should update it to make it more timeless, featuring more of the traditional instruments that we liked and that we were more used to playing. This was something we thought it would benefit from. We also looked for and found some previously unused keyboard parts of Rick’s which helped us to come up with a new vibe, a new feeling for the album.”

David reflects on originally recording the album: “Bob Ezrin had worked on ‘The Wall’ with us back in ’79 and on some solo albums with me. I learnt a lot from Bob and he’s a valuable person to have on board. We started working on pieces of music that I had been writing and, come Christmas, we knew it was going well. One day, I felt this ‘thing’ coming on me that became Sorrow. I wrote five verses one evening. They just flowed out from nowhere in one of those great serendipitous moments that you recognize later as having been very valuable…. I knew that we were on a good roll and that this thing was going to work.”