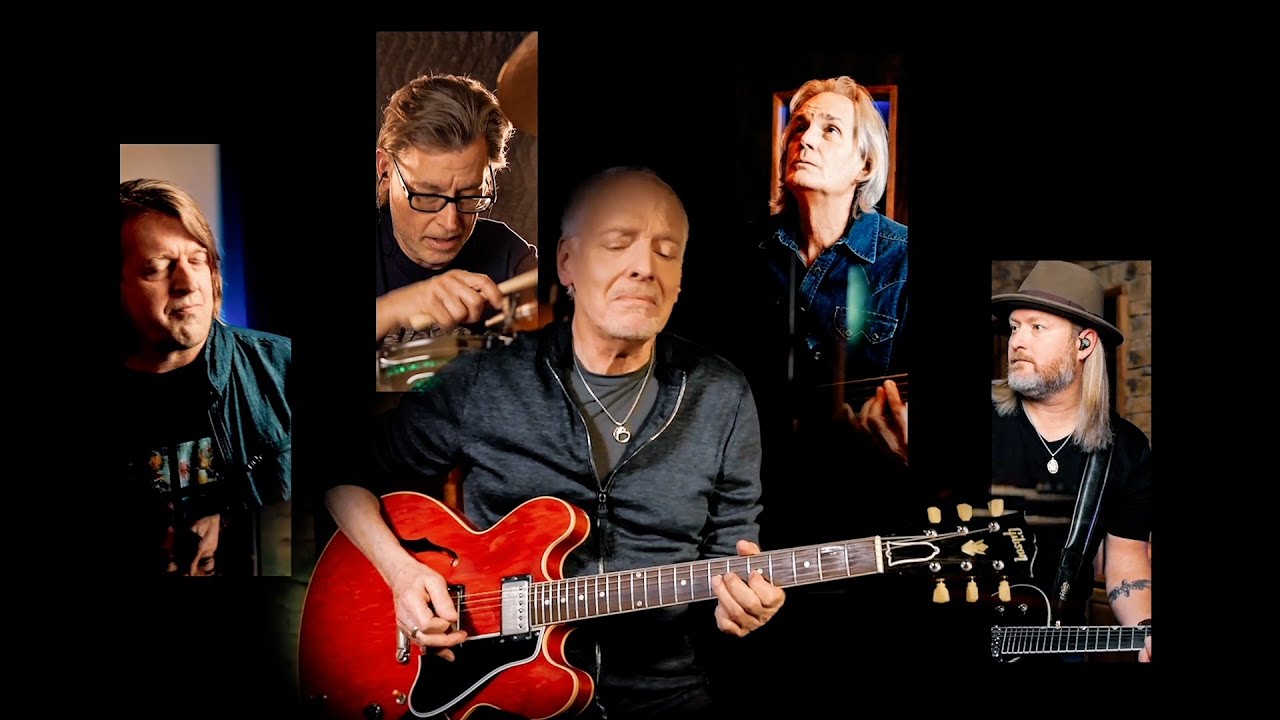 On April 23, The Peter Frampton Band will release Frampton Forgets The Words, an instrumental covers album that finds the guitar legend tackling songs originally made famous by a number of acts spanning styles and genres.

The latest song debuted from the record finds Frampton and his colleagues joining forces on a captivating rendition of Roxy Music’s “Avalon,” the band’s 1982 single and title track from its eighth and final studio album.

“The original is such a perfect piece of music,” explained Peter Frampton in a statement about the decision to cover it for Frampton Forgets The Words. “I really wanted to get as close to the vocal inflection as I could, and I think I almost did it! It’s a sexy kind of guitar sound, like Bryan Ferry’s vocal, and I’m very proud of it.”

Here is that original version, for comparison:

“Avalon” is the second single released ahead of the new record from the Peter Frampton Band, the first being a take on Radiohead’s “Reckoner,” from 2007’s In Rainbows record:

Other artists covered by the Peter Frampton Band on the album include George Harrison, Stevie Wonder, David Bowie, Lenny Kravitz, and more.

This release comes as Frampton continues to deal with the progressive muscle disease IBM (inclusion body myositis). In a 2019 interview with Rock Cellar’s Jeff Slate, Frampton discussed the disease and its effects:

“There will be a point over the next few years where I won’t be able to play, at least at this level. So that’s not a nice thought, obviously, but being that I’ve learnt so much, and hopefully gained wisdom along the way, I’ll find new things to do.”

In a follow-up interview from October 2020, Frampton updated his battle with IBM:

“Well, it’s progressing. That’s all I’ll say, really. It goes through plateaus and progressions, and right now I’m in a progressive stage. I’ve already gone down from nines to eights (gauge strings) on my guitar now, which is what I used to play, anyway.”