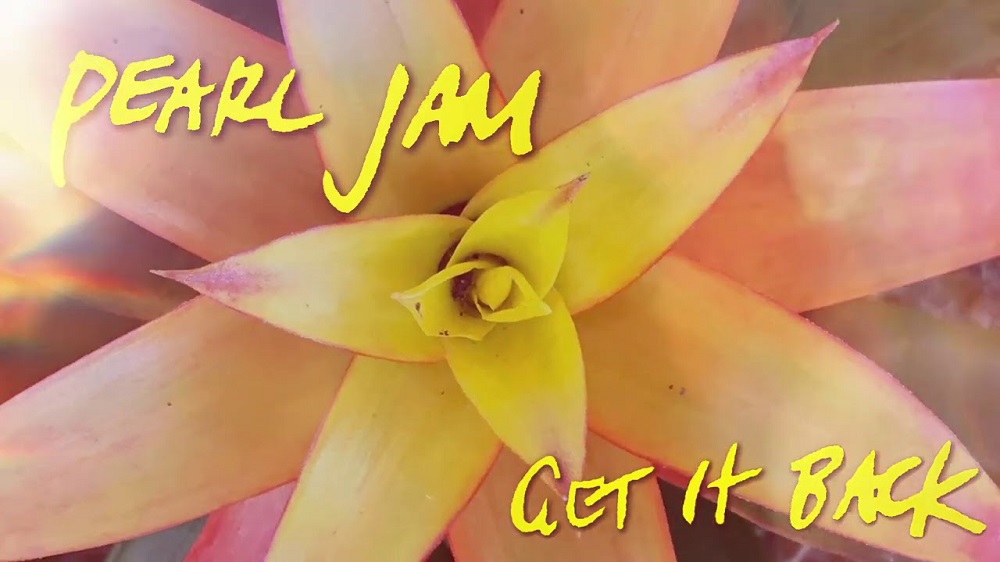 In late March, Pearl Jam released Gigaton, the Rock and Roll Hall of Famers‘ latest album and a deep and layered collection of songs.

Click here to purchase Gigaton from our Rock Cellar Store.

Recently, Pearl Jam participated in a compilation for BandCamp titled Good Music To Avert The Collapse Of American Democracy, Volume 2, submitting a new song called “Get it Back” — and after a period in which the tune was only available as part of that compilation, it has since been shared to digital streaming platforms.

Pearl Jam's new song "Get It Back" is now available to stream on all platforms: https://t.co/IqDQM7LmHO

The track was featured on @Bandcamp's compilation album, Good Music To Avert The Collapse Of American Democracy, Volume 2, which raised funds for @VotingRightsLab. pic.twitter.com/smCsUtIuaB

Listen to the song, which has a decidedly “garage rock” rawness to it, below:

“Get It Back” was written by Pearl Jam drummer Matt Cameron, and is the band’s first bit of new music to come after Gigaton.

In related news, Pearl Jam will host a special streaming event on Oct. 22, presenting its 30th anniversary concert from the Wells Fargo Center in Philadelphia, circa 2016.

The special show marked the 30th anniversary of PJ’s first live performance, and the 2016 gig featured a special set list for the occasion: