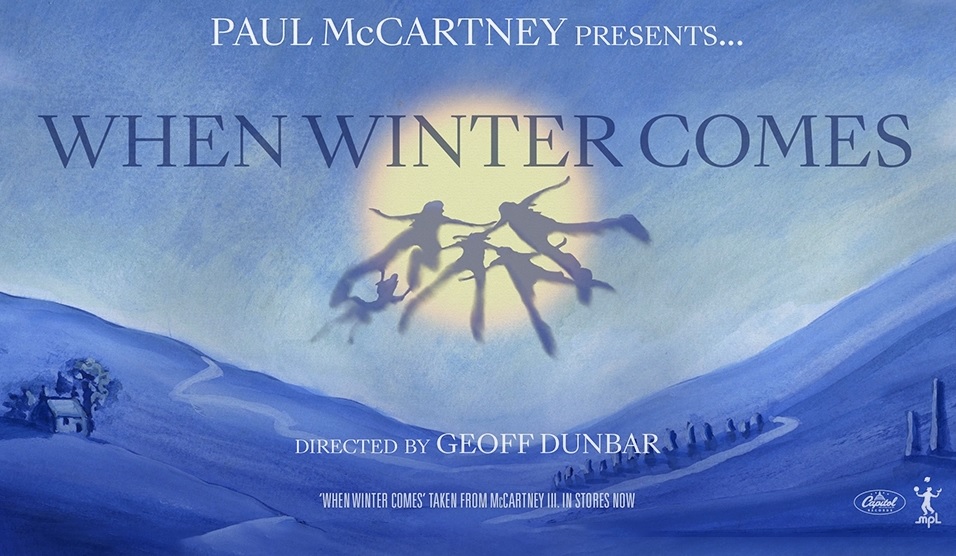 McCartney III, the new studio album from Sir Paul McCartney that was written, recorded and produced entirely by the beloved Beatles legend, was released last Friday — the result of a creative burst during COVID-19 “rockdown,” so to speak.

The album is a revelation, an especially strong addition to Macca’s catalog of post-Beatles material, bookended by the acoustic guitar-led “Long Tailed Winter Bird” and the album-capping reprise, “Winter Bird/When Winter Comes.”

'It all started with this track really, as I was making a bit of music for a film project…' – Paul McCartney

On Tuesday, a new animated film/music video for “When Winter Comes” was premiered, with McCartney’s official site explaining that the clip for ‘When Winter Comes’ is where McCartney III began. More on that in a minute — for now, here’s the clip, directed by Geoff Dunbar:

And more about the story behind the song itself, which effectively shaped McCartney III:

The great thing for me about this album is that I didn’t know I was actually making an album and it all started with this track really. The music I was working on was for a short animation film about the song ‘When Winter Comes’. I made a record called ‘Calico Skies’ a while ago that George Martin recorded, and at the same time because I was in the studio, I just thought oh wait a minute there’s this other song I’ve just written, so I did ‘When Winter Comes’! This song is kind of an idealistic thing, a hippy existence on a farm, planting trees, mending fences and living the good life which is something I like. I love nature and I love that idea of getting down and getting your hands dirty.

There’s also an official music video for the song “Find My Way”:

Listen to McCartney III below, via Spotify.