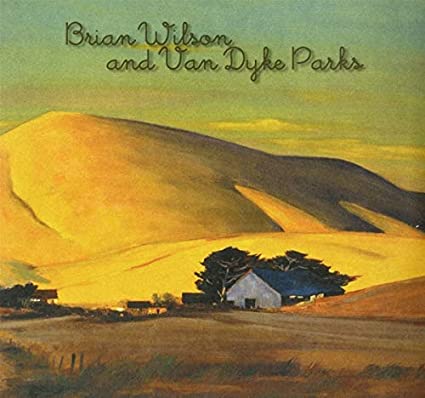 The album has been released a few times over the years, but this new 25th anniversary set is a must for fans of the collaborative record.

Orange Crate Art came about as Brian Wilson and Van Dyke Parks reconnected decades after their work on the (then-unreleased) Beach Boys project SMiLE, focusing on putting together a collection of songs paying tribute to the state of California.

More on the album, per a press release:

By 1994, the roles had been reversed and it was Van Dyke who coaxed Brian into the studio to be the singer of nearly a dozen new songs he had written as a tribute to his home away from home. Parks writes in the liner notes, “Though my roots are somewhere else, far away, my limbs are here in Southern California . . . it’s here . . . that I have struggled desperately for a sense of place . . . Orange Crate Art is a continuum of that which stood, freeze-frame, at the release of SMiLE.”

It was previewed in recent weeks with a remastered version of their rendition of “What A Wonderful World’:

The reissue includes the album’s first-ever vinyl release, with LP and CD sets available at this link.

As this reissue is coming out on Juneteenth, the day commemorating the liberation of slaves in the United States, Van Dyke Parks also posted this to his social media channels:

Stream the 25th anniversary reissue of Orange Crate Art below, via Spotify: