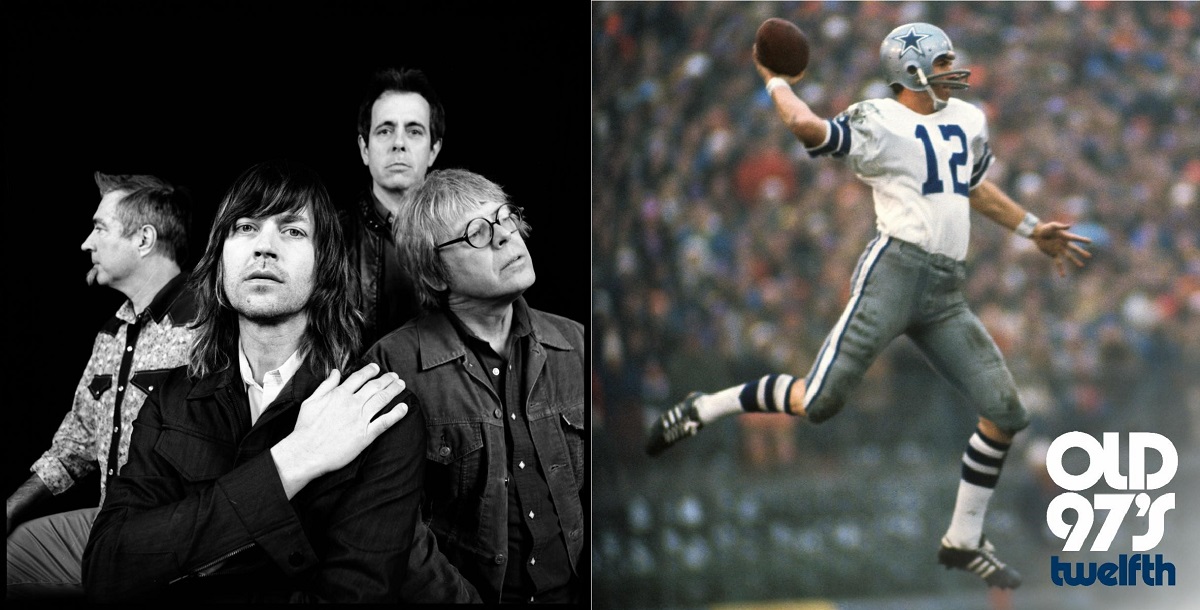 27 years as a band with the same core lineup of musicians is just about unheard of — but for Rhett Miller and Old 97’s, it’s reality. For almost three decades, the alt/country band has enjoyed the cohesion and band chemistry that so many other acts dream of, and it shines through on Twelfth, the band’s new album that was released on Friday.

(Click here to purchase Twelfth from our Rock Cellar Store).

Miller’s Instagram post celebrating the album release is an emotional one, encapsulating the band’s journey to this point:

I’m not crying, you’re crying. ************* Repost from @desavia • HAPPY RELEASE DAY, “TWELFTH”! I’ve told this story here before: Boy meets band, boy signs band and they have a six year adventure making three albums that remain some of the best memories of said young man’s life. But there’s more: band never loses a member, band never makes a shit record, band keeps growing on the radio and on the road… and the press hangs along for the ride. Last year, after happily watching record after record come together from the sidelines, they asked me to officially step back into the A&R seat for the first time since 2001’s “Satellite Rides”… I couldn’t scream my “yes” loud or fast enough. The gig was easy: they already lined up one of the finest cats to record and mix in Vance Powell, and there was an embarrassment of riches with the tunes that were rolling in… not to mention that these lads – who have managed to stay intact all these years, for worse or for better – not-so-quietly fell in love with each other all over again. “Twelfth” was quickly recorded in Nashville during two weeks this past February/March, not stalled by a devastating tornado nor the mysterious looming virus that we couldn’t wrap our heads around. Mixing was completed via future technology while we were all in quarantine in various parts of the country… and for me, it was the thing kept me smiling at times when I felt like crying. This record means a lot to all of us… it means a whole lot to me… I hope you have a chance to listen, and I hope you dig it. The Old 97s – each and every one of them – are truly my brothers, and I am so thankful for that fact every waking moment of this life. Also, they were wearing bandana masks yeeeeaaaars ago, before if became a thing…. WEAR A MASK, STAY HEALTHY, AND PLEASE VOTE! ❤️

Miller and his colleagues, guitarist Ken Bethea, bassist Murry Hammond, and drummer Philip Peeples, are clearly enjoying themselves at this point in their existence. The new album comes on the heels of 2017’s acclaimed Graveyard Whistling, which featured the track “Good With God” — a collaboration with Brandi Carlile that was something of a hit on college radio circuits, a success story indicative of the work ethic that Old 97’s have maintained throughout the years.

The album cover for Twelfth features Dallas Cowboys Hall of Famer Roger Staubach, a personal hero of Miller’s — a decision made in connection to the band’s longevity:

“It’s been a really sweet, beautiful ride, and I’m pretty lucky,” Miller told NPR’s Here & Now in a recent interview. “Not many bands stay together for 27 years, and I’m not exactly sure how we did it. But knock wood, thank goodness we have.”

In the end, Twelfth is a triumphant musical journey from a band that could teach others a thing or two about how to make it in this tricky world.

(Click here to purchase Twelfth from our Rock Cellar Store).