After Wednesday’s Inauguration Day events for President Joe Biden and Vice President Kamala Harris, a virtual parade across the United States was streamed on multiple platforms. This included a reunion of The New Radicals, the band fronted by singer/songwriter Gregg Alexander (and his bucket hat). This marked the first time in 22 years that the band performed together, so this was a pretty big deal.

The group’s 1998 single “You Get What You Give” was a breakthrough hit from the New Radicals’ only album, Maybe You’ve Been Brainwashed Too — but it marked the end of the project, as Alexander abruptly broke the band up before even releasing the album’s second single. He would go on to achieve songwriting success in later endeavors, penning hits for Santana and others, but the New Radicals remained a “one-hit wonder,” that one hit being one of the most memorable of the 1990s.

Watch the reunion performance below. It’s a bit abridged, due to editing of this virtual parade, and omits the now-infamous bridge:

Fashion shoots with Beck and Hanson
Courtney Love and Marilyn Manson
You’re all fakes, run to your mansions
Come around, we’ll kick your ass in

But it’s still a treat nonetheless:

We are honored that the New Radicals reunited for this moment (featuring one of @SecondGentleman Doug Emhoff’s favorite songs!) 🎶 #Inauguration2021 pic.twitter.com/UUHmyAwxQ0

Alexander also spoke with Rolling Stone about the reunion performance. He had this to say about the Marilyn Manson/Hanson rap verse, which was cut out for time constraints:

“I actually had no beef with the artists I mentioned in the rap in the song. My main issue was with the corrupt bankers, FDA and health insurance types which was, in retrospect, a sadly prescient lyric. But in the late Nineties, no one wanted artists metaphorically “spoiling the party” with such political lyrics during the CD boom!

“Writing that “health insurance rip off lying FDA” rap when I got to the part of trying to rhyme the words ‘mansion’ and ‘ass-in’ only words like Hanson, who are very talented BTW, were among the options I had at the time! But for the inauguration and only four minutes to play, I couldn’t get to the rap part anyway.”

Said Alexander in a statement ahead of the reunion performance:

“If there’s one thing on Earth that would possibly make us get the band together, if only for a day, it is the hope that our song could be even the tiniest beacon of light in such a dark time. America knows in its heart that things will get bright again with a new administration and a real plan for vaccines on the way. That’s the message of the song … this world is gonna pull through.”

This unlikely New Radicals reunion came about because of the affinity the Biden family has for “You Get What You Give.” Beau Biden, the President’s late son, reportedly considered the song his “theme song” in his fight against cancer. Wrote Joe in his 2017 memoir:

During breakfast, Beau would often make me listen to what I thought was his theme song, ‘You Get What You Give’ by the New Radicals. Even though Beau never stopped fighting and his will to live was stronger than most — I think he knew that this day might come. The words to the song are: This whole damn world can fall apart. You’ll be OK, follow your heart.” 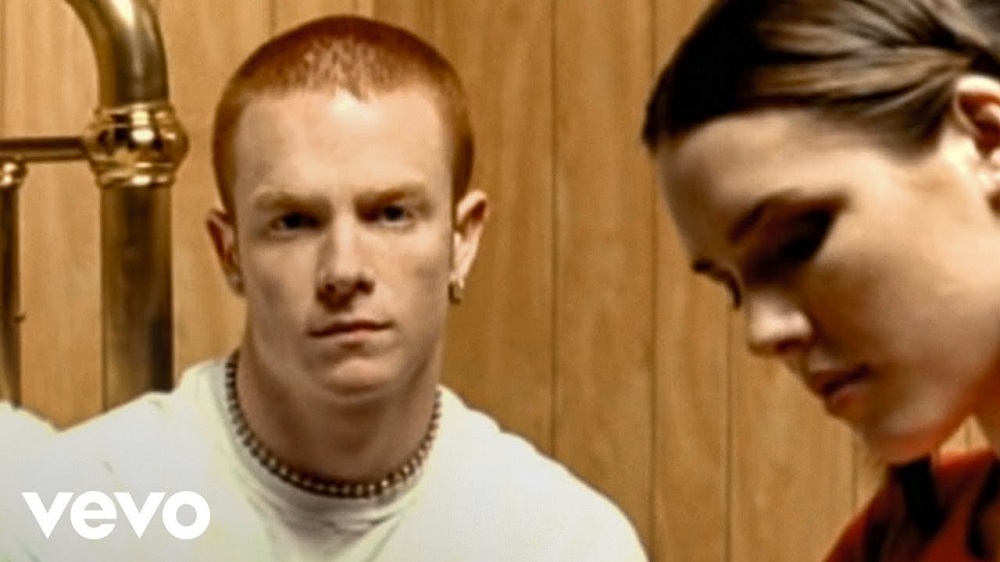