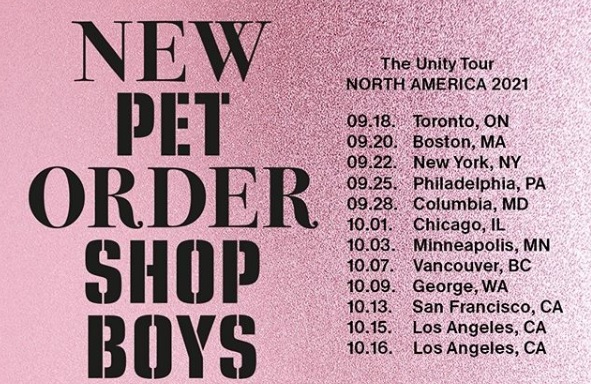 Some tours are more special than others — and this one, announced on Monday, is self-explanatory: New Order and Pet Shop Boys unveiled a co-headlining outing that will take both iconic musical acts across North America in Fall 2020.

Beginning on Sept. 5 in Toronto, the outing will span almost a month, wrapping up on Oct. 2 at the Hollywood Bowl in Los Angeles. Both bands will play headline-length sets each night, alternating which act performs last at every show.

The Unity Tour: New Order x @petshopboys. On general sale 02.28. Head to neworder.com for all the details. #UnityTour

Tickets for the New Order and Pet Shop Boys tour go on sale to the general public starting Friday, Feb. 28 at 10am local time at Ticketmaster.com.

Stream ‘Be A Rebel,’ a Soaring New Synth-Pop Anthem from New Order