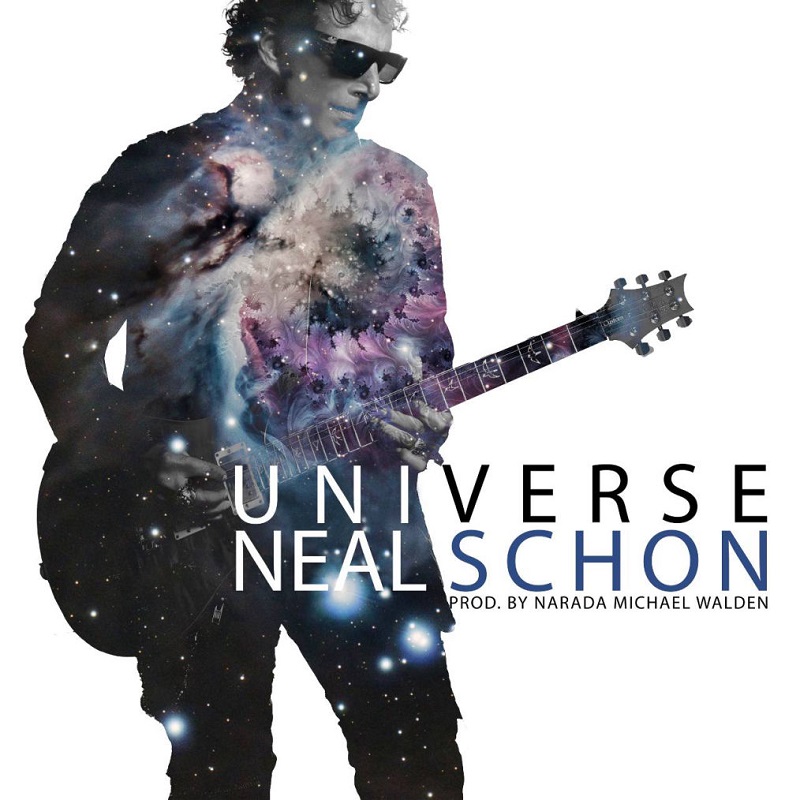 It’s his tenth proper solo studio album to date and the first since 2015, and is the result of work Schon has put in for a few years now with producer and Schon’s current Journey band mate Narada Michael Walden.

Thank you all for your overwhelming response to UNIVERSE it’s just digital streaming right now but CDs and double Vinyl will follow. I do believe music is medicine for the heart and soul https://t.co/Mhb2l0pAUM pic.twitter.com/IDK7HfaDbY

It features original compositions as well as some notable covers: “Voodoo Child” and “Third Stone from the Sun” by Jimi Hendrix, “I Believe” by Stevie Wonder,” “Hey Jude” by the Beatles, and “Purple Rain” by Prince, as well as Schon’s Journey classic “Lights” and his solo track “Caruso.”

The official news release promises that Schon’s soaring melodic and soulful playing will guide you through a journey of your senses and emotions in only the way his mastery of the instrument can, where each listen feels different and fresh every time.

Universe is available via digital download at Schon’s official site, as well as digital streaming platforms. Listen to it below, via Spotify: