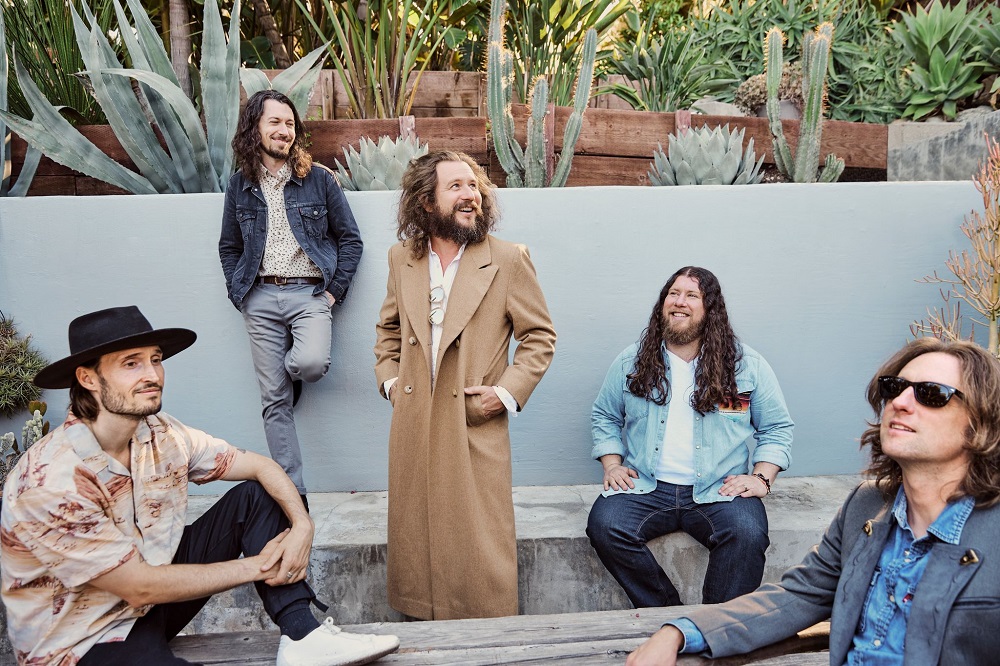 On Oct. 22, Jim James and My Morning Jacket will return with a self-titled album, the versatile alt/indie band‘s first new studio record since 2015.

Officially announced on Tuesday, the big news came with the premiere of a sensory blast of a music video for “Regularly Scheduled Programming,” the video depicting the band on a psychedelic road trip, paired with a song with lyrics like the following:

programming to drown out how we feel.
fresh fiction… rewriting how we think.
screen time addiction- replacing real life and love.
ERASING forgiveness…
bow down to your overlordS.

“This song really hits home for me after what we’ve gone through with the pandemic,” said James of the song. “But even before then, it felt like so many of us were trading real life for social media, trading our own stories for the storylines on TV, trading our consciousness for drugs. We need to help each other wake up to real love before it’s too late.”

As for the thematic approach of this record, the follow-up to 2015’s Grammy-nominated The Waterfall:

“I hope this album brings people a lot of joy and relief, especially since we’ve all been cooped up for so long,” says James. “I know that feeling you get from driving around blasting music you love, or even lying in bed and crying to the music you love. The fact that we’re able to be a part of people’s lives in that way is so magical to us, and it feels really good that we’re still around to keep doing that.”

Regularly Scheduled Programming
Love Love Love
In Color
Least Expected
Never In The Real World
The Devil’s In The Details
Lucky To Be Alive
Complex
Out Of Range, Pt. 2
Penny For Your Thoughts
I Never Could Get Enough