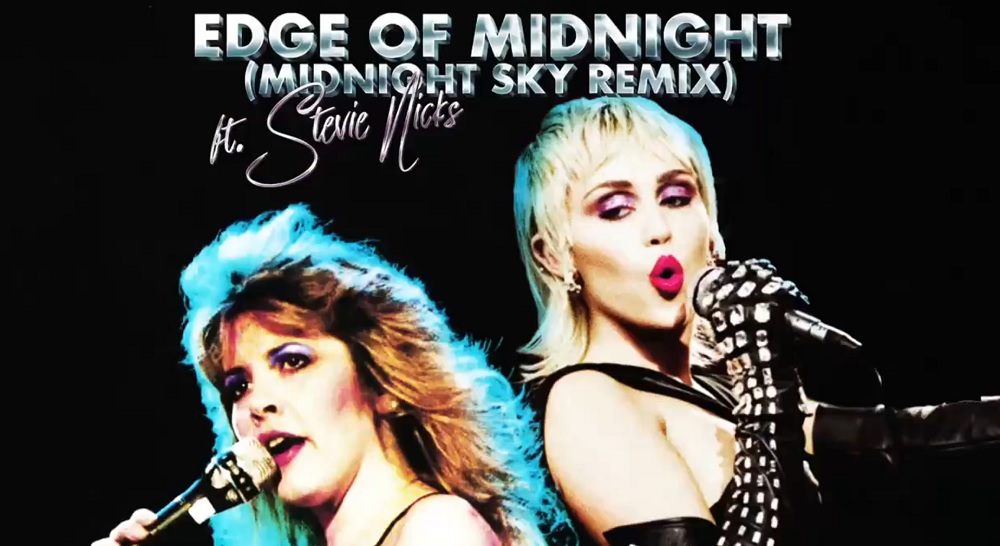 Generations have merged — quite seamlessly, we must add — with “Edge of Midnight (Midnight Sky Remix),” a new collaboration between Miley Cyrus and Stevie Nicks.

The collab is based around Cyrus’ new song, “Midnight Sky,” which features heavy use of a sample of Nicks’ classic “Edge of Seventeen.” The new remix blends both songs and features Stevie providing guest vocals, and it’s a powerhouse combination:

“Midnight Sky” has been a pretty successful new single for Cyrus since its August release, and adding Nicks to the mix is just sugar on top of an already infectious slice of pop/rock.

In her tweet releasing the song, Cyrus says Stevie “has always been my idol & an inspiration. It’s an honor to now call her my friend and collaborator. Edge Of Midnight (Midnight Sky Remix) out everywhere!”

🖤@StevieNicks has always been my idol & an inspiration. It’s an honor to now call her my friend and collaborator. Edge Of Midnight (Midnight Sky Remix) out everywhere!https://t.co/jU7z36Af3M pic.twitter.com/SRbKJjlqk9

Rolling Stone notes that this remix is the first single from Plastic Hearts, Cyrus’ new album due out on Nov. 27, a record expected to feature 12 original songs and covers of “Heart of Glass” by Blondie and “Zombie” by the Cranberries, which Miley and her band performed as part of the #SaveOurStages virtual festival in mid-October:

As for Stevie Nicks, this new collaboration comes during a particularly busy time for the legendary singer/songwriter. She’s been enjoying the ride provided by the runaway online success of the TikTok meme featuring Fleetwood Mac’s “Dreams,” released a new single and live album of her own in recent weeks.