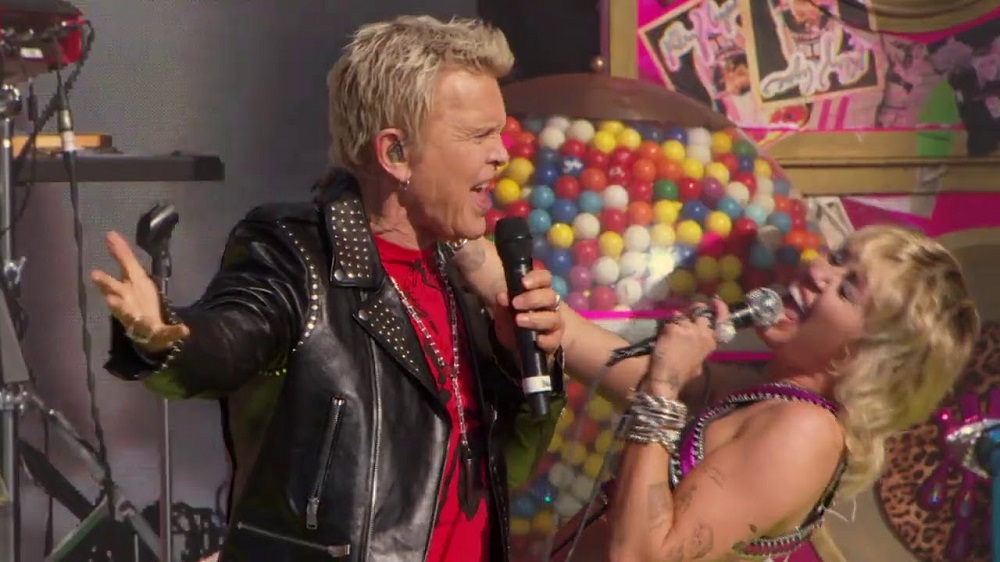 As part of the TikTok Tailgate performance Cyrus and her band delivered prior to kickoff, Idol joined her on stage for “Night Crawling” and “White Wedding,” for which Stevens joined the ensemble for a little cross-generational throwback magic:

The studio version of “Night Crawling” appears on Plastic Hearts, the latest album from Miley Cyrus that was released in late November and also finds the singer collaborating with Dua Lipa, Stevie Nicks and Joan Jett, a genre-blending mash-up with some entertaining results.

Joan Jett also lent her services to the pregame festivities, joining Cyrus and her band on “Bad Karma”, “Bad Reputation”, and “I Hate Myself for Loving You” :

Click here to pick up Plastic Hearts from our Rock Cellar Store.

Plastic Hearts was led by the single “Midnight Sky,” which features a sample of Stevie Nicks‘ classic “Edge of Seventeen”:

A remix of the track blending both songs is also part of the Plastic Hearts digital edition:

Plastic Hearts isn’t exactly a “punk rock record,” despite her all-star collaborations and the imagery at work here … but it is an expertly crafted pop/rock album from one of the successful pop stars in the world.

Give it a shot — there’s a reverence for what came before that makes up the mood of this record, and it’s a solid listen. Do so below. 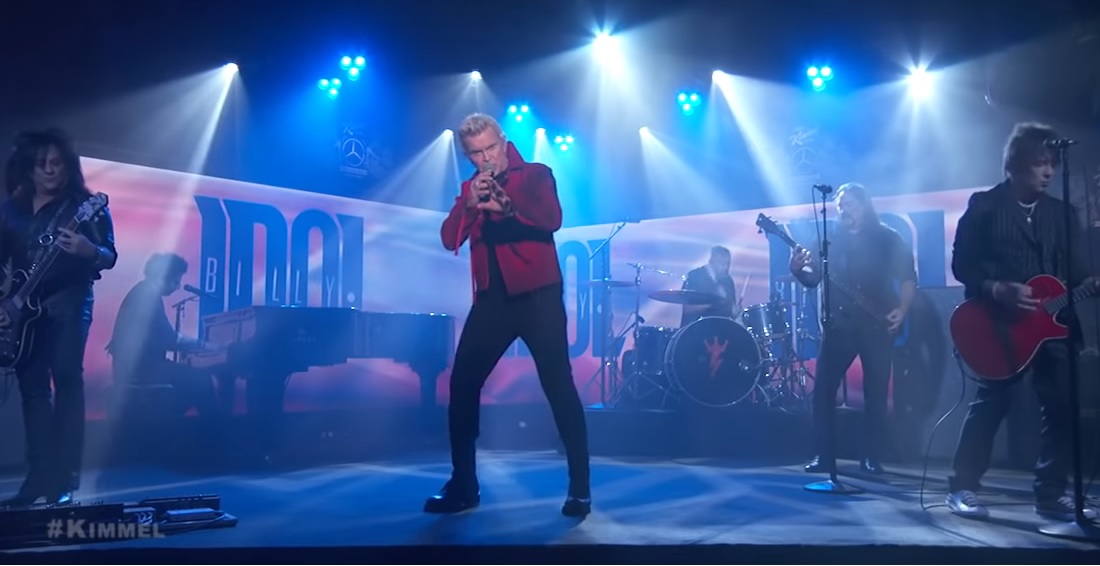