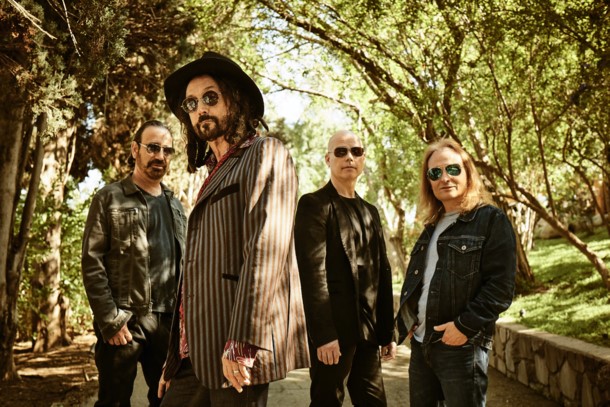 You might think of the Dirty Knobs as a “new” project for guitarist Mike Campbell, but that’s not what it is.

Campbell, known for years as a principal member of Tom Petty + the Heartbreakers, actually formed the band nearly fifteen years ago — but the band will release its debut album, Wreckless Abandon, on March 20.

The news was announced recently, and came with the premiere of a music video for its title track:

The music Campbell and the Dirty Knobs — Jason Sinay on guitars/vocals, Lance Morrison on bass and Matt Laug on drums — worked on together kicked around for years, as he was kept pretty busy with his “other” job for a while. After Petty’s passing in 2017, Campbell also took a stint filling in for Lindsey Buckingham on Fleetwood Mac‘s big tour a year or so ago.

“The Dirty Knobs first got together almost fifteen years ago but Wreckless Abandon is our first album and occasion to tour,” Campbell said in a statement. “Over the years The Knobs became an outlet for me to play some of the other songs I was writing and to keep the creative juices flowing in between working on albums and tours with Tom and The Heartbreakers.”

Mike Campbell & the Dirty Knobs will introduce themselves to a wider audience with the album and a spring tour. Here’s the schedule: