Home / Watch a New Stop-Motion Video for ‘Irish Girl,’ from Mike Campbell & the Dirty Knobs (LP Out This Friday 11/20)

Watch a New Stop-Motion Video for ‘Irish Girl,’ from Mike Campbell & the Dirty Knobs (LP Out This Friday 11/20) 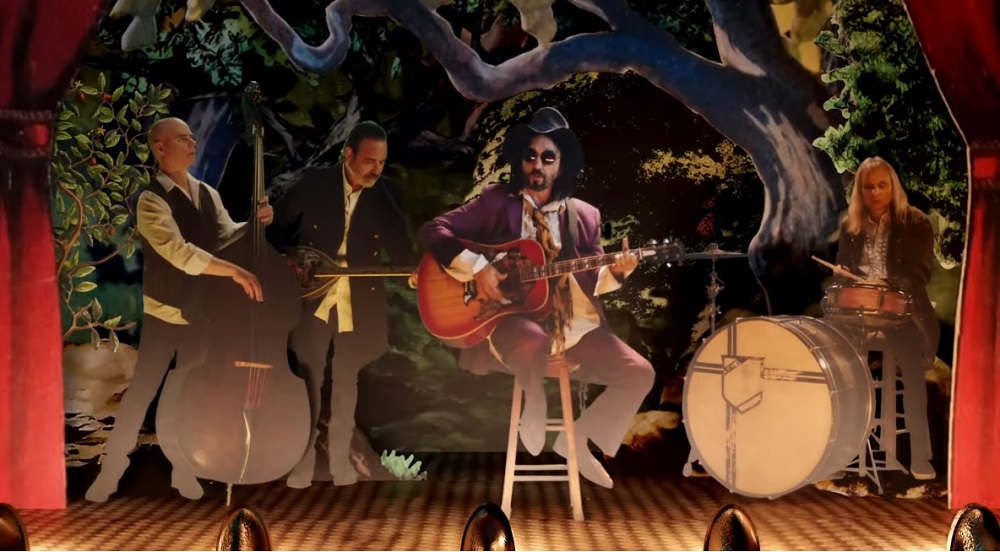 This Friday, Mike Campbell & the Dirty Knobs will release Wreckless Abandon, their debut full-length album that’s been in the works for a while and saw its initial Spring 2020 release delayed due to the COVID-19 pandemic (and a health setback faced by Campbell).

On Monday, the band shared a new song from the album, “Irish Girl,” which came with a visually impressive stop-motion video from director/animator Steven Mertens. Depicting the band playing in miniature form, it’s a sight to behold:

“Irish Girl is my favorite lyric on the record,” said Campbell of the song. “It’s whimsical and more poetic than most of the Knobs’ songs. I was inspired to write it driving home late one-night listening to Van Morrison on the radio. When I got home, the song just came to me. It’s very simple musically and I love the sound of the record. It reminds me of Ireland.”

With the album’s release finally drawing near, the Dirty Knobs also rolled out a special means of celebrating its arrival. They’ll play a live stream concert event from the Troubadour in West Hollywood at 8 p.m. ET/5 p.m. PT the night of its release, as a fundraising effort for NIVA — the National Independent Venue Association, a coalition of indie music venues that formed due to the pandemic as a means of garnering support to ensure these venues’ ability to withstand these tough times.

🚂 The Dirty Knobs ride again! To celebrate the launch of our new album, on release day(November 20!) the Knobs will broadcast live from @thetroubadour in Los Angeles, CA at 8PM ET/5PM PT via @fansbelonghere. LINK IN BIO to RSVP now!

The stream is FREE but we are taking dona… pic.twitter.com/hOrM2aRzUF

Access to watch the live stream will be free, but viewers are highly encouraged to make a donation to NIVA. This is the same organization behind the recent #SaveOurStages virtual festival, which took place in mid-October and featured performances from top-tier acts spread across the United States (including the Foo Fighters and Miley Cyrus), performing special sets from beloved indie music venues.

Click here for more details about the Mike Campbell & the Dirty Knobs live stream, and also to make a donation to NIVA.

As for Wreckless Abandon, the Dirty Knobs have previewed it in recent weeks with a few songs. Like “F*** That Guy,” which features a video with appearances from comedian Jeff Garlin and actor Danny Trejo. The clip depicts an all-around unlikable guy walking around pandemic-era Los Angeles, generally bringing the ire of all who encounter him.

The album’s title track was the first shared from the album months ago: