Metallica is preparing for another epic concert with the San Francisco Symphony coming up on Friday, September 6 at the Chase Center in San Francisco.

Obviously, millions of fans of the heavy metal icons can’t make it to the show. In the spirit of making the performance available to anybody who wants to watch it, Metallica will screen the S&M2 film in theaters for one night only on October 9, via Trafalgar Releasing.

On Wednesday, a trailer for the theatrical event was premiered:

Tickets and a detailed list of participating theaters are available at this link.

The gig, a sequel of sorts to the epic concert the band staged in 1999 that spawned the live album S&M, is one of the launch events tied to the unveiling and public opening of Chase Center, the new home of the NBA’s Golden State Warriors.

Some more on the S&M2 event:

The original S&M concerts were performed by Metallica and San Francisco Symphony and conducted by the late Michael Kamen in spring of 1999 at the Berkeley Community Theatre. 2019’s S&M² concert will feature the first live performances of these arrangements in 20 years, plus the first-ever Metallica and San Francisco Symphony renditions of songs written and released since the original concert, with new orchestral charts by Bruce Coughlin.

Legendary conductor Michael Tilson Thomas completes the first week of his final season as San Francisco Symphony Music Director with a special appearance, conducting a portion of the show. 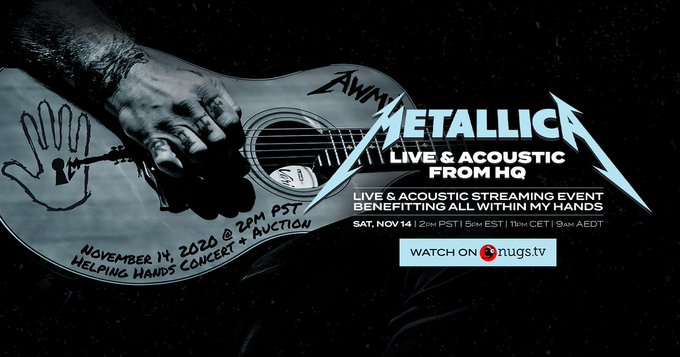