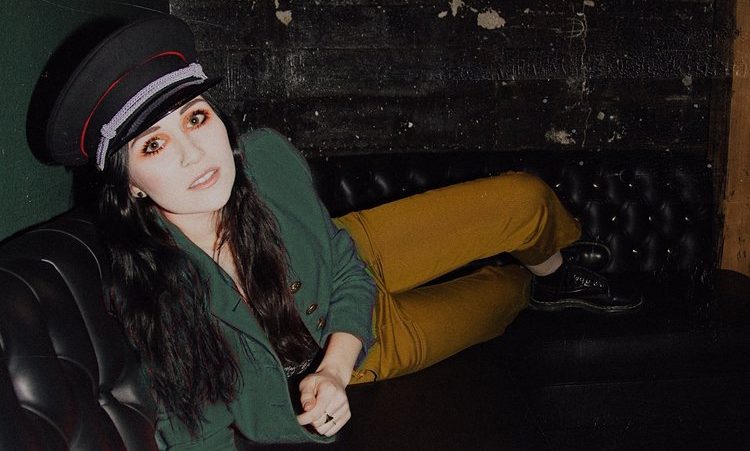 What started off as Arielle Ackford and Jacob Evergreen posting covers of their favorite bands on YouTube has now evolved into alternative punk rock band, Mermaed.

Making their arrival into the music scene with their 2018 debut single “Idiot,” the band is back with a music video for their latest track, “Honest” — a rebellious and refreshingly candid anthem about the music industry.

“Honest” is Mermaed’s second single, which debuted last November. The video, which premiered via Buzz Bands LA, speaks to the manipulation music artists and bands experience when joining the industry.The video also makes a statement about changing one’s image, not to mention the treatment of women in the business.

“Honest” will be featured on the band’s forthcoming debut EP, I Know You Are But What Am I?, expected out in mid-July.

Ackford (vocals, guitar) and Evergreen (guitar) began their music careers posting videos on YouTube, covering the likes of Paramore, Death Cab For Cutie, Childish Gambino and Blink-182. The pair released their primarily acoustic debut EP, Caffeine Kis,s under the name The Acquainted, before Ackford and Evergreen stopped making covers in 2015, taking some time away from the music scene to start and put all their efforts into their new music venture, Mermaed.

Despite keeping Mermaed under wraps, the band returned in 2017 to great support from old listeners of their past project along with new listeners who enjoyed Ackford’s passionate powerhouse vocals and Evergreen’s impressive electrifying guitar playing. The band made their introduction with “Idiot,” an angry, relatable track about acting like an idiot when it comes to love.

Being dubbed the “musical love child of Paramore and the Foo Fighters,” the pair draws inspiration from traditional aggressive energetic punk rock bands. Ackford and Evergreen take inspiration from the music they grew up on, including Alanis Morissette, Avenged Sevenfold, Underoath and Fall Out Boy, to name a few.

After releasing “Idiot,” Mermaed gained even greater recognition from its radio debut on KROQ’s Locals Only Show. Mermaed landed the number 1 spot on the show, granting them a feature on volume 1 of the KROQ Locals Only compilation.

Since their Kickoff, Mermaed has played various shows in Los Angeles including Emo Nite and venues like The Hi Hat and The Telegram Ballroom.

Mermaed is just getting started, but between their catchy, honest rock songs and high energy performances across LA, it’s clear the band has no intentions of slowing down.