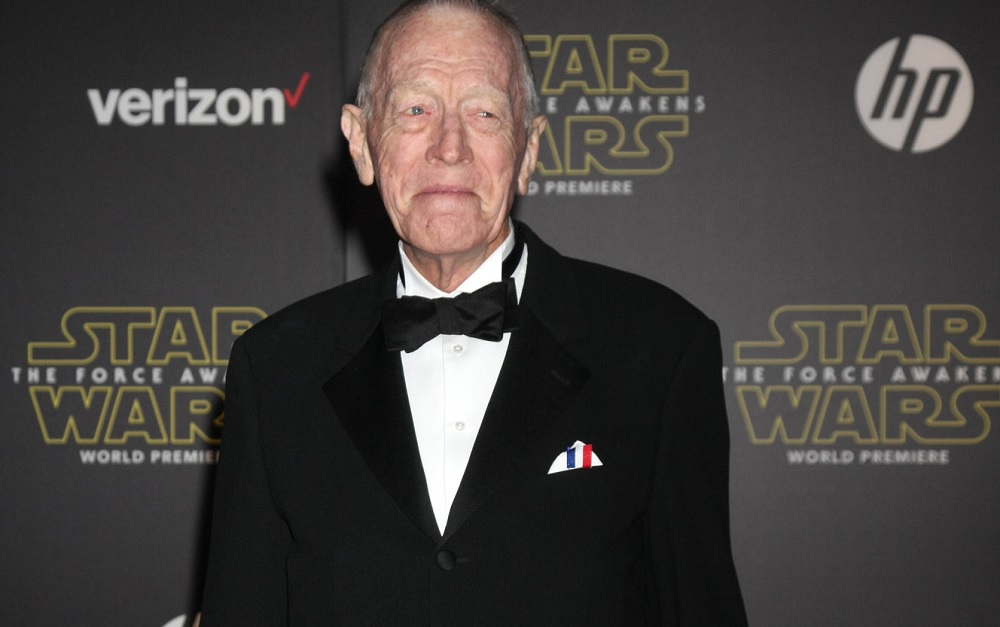 On Monday, it was confirmed by Variety that iconic actor Max von Sydow had passed away over the weekend at the age of 90.

Known for his many roles in the films of Ingmar Bergman, Sydow had kept busy in recent years, as well — turning up in Star Wars: The Force Awakens, portraying an elder who comes under scrutiny by Adam Driver’s Kylo Ren:

As well as a role on Game of Thrones, as a recurring character called The Three-Eyed Raven:

Sydow also, of course, starred in The Exorcist as Father Lankester Merrin, and is a key figure in one of the most iconic moments in horror film history as a result:

Von Sydow, who became Bergman’s symbol for the modern man in such films as “The Passion of Anna” and “Shame” after making his Bergman debut as the errant knight in “The Seventh Seal,” also had an unusually prolific career in Hollywood and international films.

He made his American debut in the role of Jesus Christ in George Stevens’ turgid 1965 epic “The Greatest Story Ever Told” and went on to make strong impressions with audiences in “The Exorcist,” Woody Allen’s “Hannah and Her Sisters,” David Lynch’s “Dune,” “Three Days of the Condor,” “Hawaii,” “Conan the Barbarian” and “Awakenings.”

Von Sydow worked for other Scandinavian directors as well, drawing an Oscar nomination for his role in Bille August’s “Pelle the Conqueror” and starring in Jan Troell’s acclaimed two-part epic “The Emigrants” and “The New Land.”