Among the indie/rock realm, few bands are as highly regarded as The National — and on October 2, the band’s front man baritone-voiced lead singer, Matt Berninger, will release his first solo album.

Serpetine Prison, announced on Wednesday, was produced by iconic Memphis musician Booker T. Jones, and was previewed with the title track, which features Berninger’s unmistakable delivery and an elegant, mostly acoustic arrangement. Watch its black-and-white video below:

For Serpentine Prison, Matt Berninger incorporated contributions from several notable musicians in the studio, including: 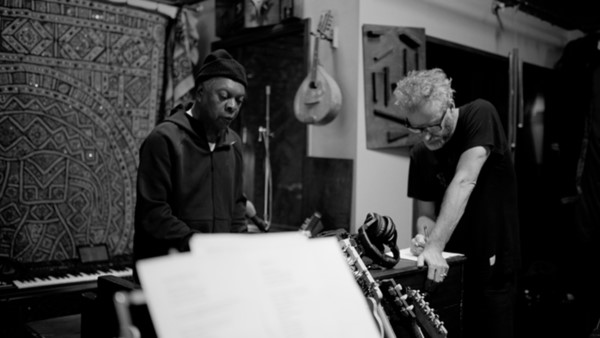 Some words from Berninger about the song and album, per a press release:

“The song ‘Serpentine Prison’ was written in December 2018 about a week after recording The National’s I Am Easy to Find,” Berninger explains about the new track. “For a long time I had been writing songs for movies and musicals and other projects where I needed to get inside someone else’s head and convey another person’s feelings. I liked doing that but I was ready to dig back into my own garbage and this was the first thing that came out.”

Berninger continues, “The title is from a twisting sewer pipe that drains into the ocean near LAX. There’s a cage on the pipe to keep people from climbing out to sea. I worked on the song with Sean O’Brien and Harrison Whitford and recorded it about six months later with Booker T. Jones producing. It feels like an epilogue so I named the record after it and put it last.”