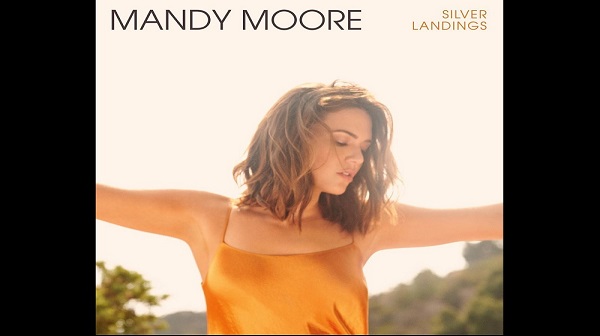 On Friday, singer/songwriter/This Is Us actor Mandy Moore released a new album — her first in 11 years.

Silver Landings, the first new album from Moore since 2009, is a collection of earnest, rootsy songs that call to mind the Laurel Canyon scene of the 1960s & 70s. The album includes the contributions of Moore’s husband, Taylor Goldsmith of the band Dawes, who has a co-writing credit on each song. The record was produced by Mike Viola.

There’s even a self-reflective turn on “Fifteen,” in which Moore looks back on the experience of being thrust into the limelight as a teenager in the late 1990s.

Having emerged with the single “Candy” at age 15 in 1999, Moore was cast at the time as The Next Britney Spears (at least in how she was marketed at the time), and went through the type of “too-young-too-fast-too-much” experience that usually envelops teen pop phenomenons.

Here’s a verse from “Fifteen”:

Glowsticks, pink cotton candy
A touch of glitter on her lips
On parade for the radio station
So they’ll play her biggest hits
Missed prom, missed graduation
No college end of Fall
On the road with a boyband, singing
For the people in the mall

She’s experienced the ups and downs of the music business and, later, highly publicized personal issues, such as her divorce from Ryan Adams (and Moore’s speaking out about his abuse in the New York Times), and releases Silver Landings at the height of her career.

In 2019, Mandy Moore explained her tumultuous time with Adams as follows to Rolling Stone:

“I was living my life for him,” the This is Us star, who met Adams when she 23, said. “It [was] an entirely unhealthy dynamic. Oh, I had no sense of self. I was imperceptible, I was so small in my own world.” She described her feelings during their marriage as “drowning” and added that “it was so untenable and unsustainable and it was so lonely. I was so sad. I was lonely with him,”

Here she is, years later, still making music — but on her terms, and Silver Landings is a reflection of that newfound freedom. (Check out the song “Forgiveness,” on that note):

It’s a strong, vibrant listen that deserves a listen. Stream it below, via Spotify: