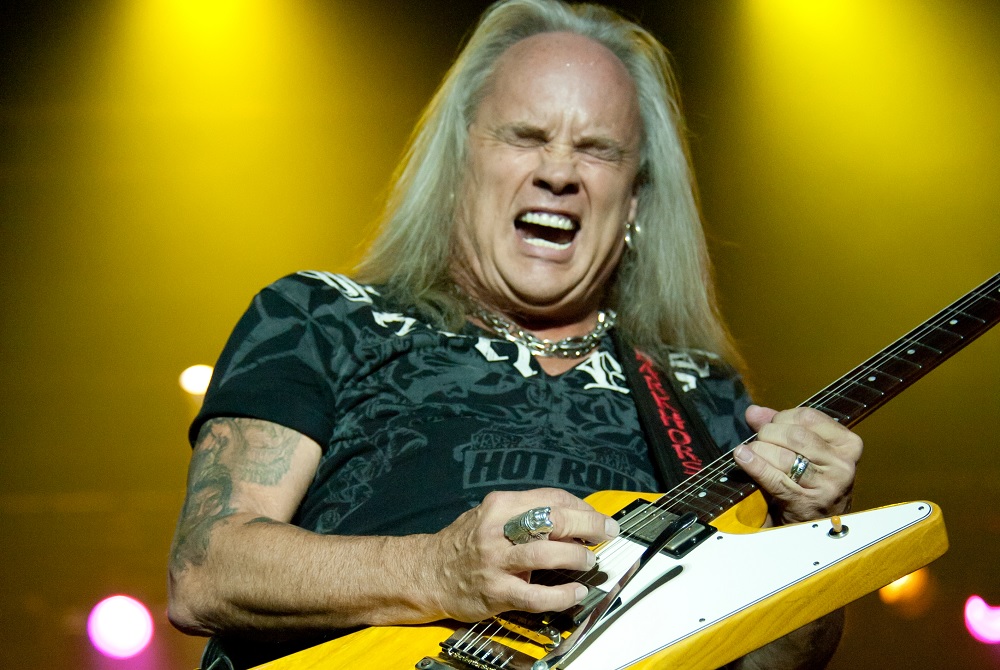 In a social media update shared with fans over the weekend, legendary Southern rock band Lynyrd Skynyrd announced that a handful of upcoming tour dates have been cancelled due to guitarist Rickey Medlocke testing positive for COVID-19.

Skynyrd Nation,
Due to unforeseen circumstances, Lynyrd Skynyrd is unable to perform the next four shows in Canton, OH, Jackson, MI, Atlanta, GA and Cullman, AL. Longtime band member Rickey Medlocke has tested positive for COVID-19. Rickey is home resting and responding well to treatment. We will continue to update you on his condition.
The show in Atlanta, GA on Friday, August 13 is being rescheduled and will now be Saturday, October 23.

Skynyrd Nation,Due to unforeseen circumstances, Lynyrd Skynyrd is unable to perform the next four shows in Canton, OH,…

Medlocke first wrote and recorded with the band in 1971-72, before rejoining the mix in 1996 and has remained a touring member since that time.

Skynyrd had been out on the road without guitarist Gary Rossington, who underwent “emergency heart surgery” as revealed in another message to fans in late July:

Our thoughts and prayers are with Gary Rossington as he recovers from emergency heart surgery. Gary is home resting and recovering with his family at home. He wants everyone to know he is doing good and expects a full recovery.
After this past year, the country being shut down and everything we have all been thru, The Rossington’s encouraged the band to go perform in his absence. Music is a powerful healer! We all felt playing the shows and bringing the music to y’all was a better option than cancelling the performances.

We wish Gary a speedy recovery and we will see the Skynyrd Nation very soon!
Please do us a favor and say some prayers for the Rossington family and if you would like to leave him a message please do! He will look forward to reading them!

Our thoughts and prayers are with Gary Rossington as he recovers from emergency heart surgery. Gary is home resting and…