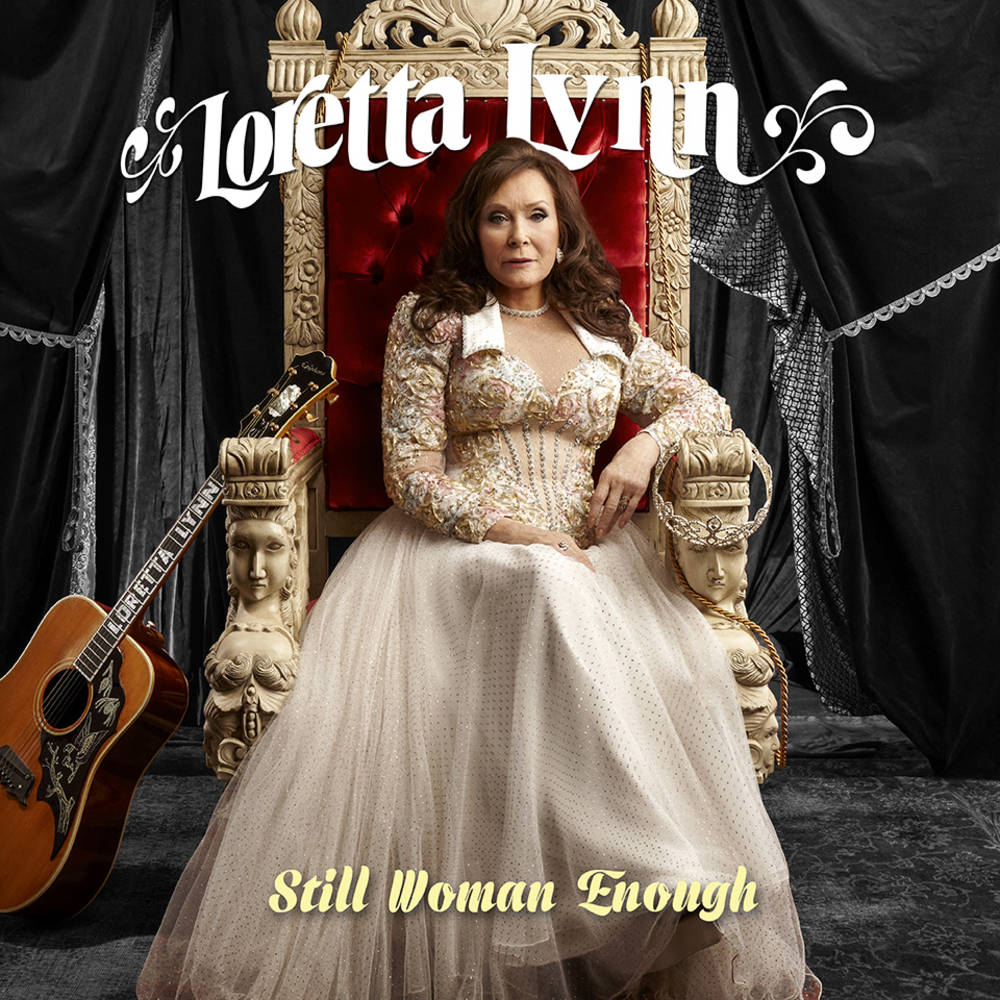 On March 19, the incomparable country legend Loretta Lynn will add to her rich catalog of music with a new studio album titled Still Woman Enough, released via Legacy Recordings.

All told, it’ll her 50th proper studio album and the follow-up to 2018’s Wouldn’t It Be Great. The record was announced this week, with pre-orders available now:

The theme of the album, as its title may suggest, is “celebrating women in country music,” per Lynn’s official website. To carry out that theme, she is joined on the record by a number of special guests, including Reba McEntire and Carrie Underwood (who team up with Loretta Lynn on the title track), Margo Price, and Tanya Tucker. The album was produced by Patsy Lynn Russell & John Carter Cash.

Here’s a trailer for the album:

And here’s a short-form music video for “Coal Miner’s Daughter (Recitation),” a fresh take on Lynn’s classic track featured on the album:

Additional context for Still Woman Enough, which will very much champion Lynn’s history of music:

The album premieres 13 new Loretta Lynn recordings, intimate and electrifying performances of a career- spanning selection of songs illuminating different aspects of her repertoire. The collection is centered around Loretta’s original compositions–from new songs like “Still Woman Enough” (which shares its title and attitude with her 2002 autobiography and was co-written with her daughter, Patsy Lynn Russell) through fresh interpretations of classics including “I’m a Honky Tonk Girl”(her first single, originally released March 1960), “You Ain’t Woman Enough” (the title track for her first #1 Billboard Hot Country Album in 1966), “My Love” (from 1968’s Here’s Loretta Lynn), “I Wanna Be Free” (1971) and a deeply emotional “Coal Miner’s Daughter Recitation,” commemorating the 50th anniversary of the release of her signature song (October 5, 1970) and album (January 4, 1971).

1. Still Woman Enough (featuring Carrie Underwood and Reba McEntire)
2. Keep On The Sunny Side
3. Honky Tonk Girl
4. I Don’t Feel At Home Any More
5. Old Kentucky Home
6. Coal Miner’s Daughter (recitation)
7. One’s On The Way (featuring Margo Price)
8. I Wanna Be Free
9. Where No One Stands Alone
10. I’ll Be All Smiles Tonight
11. I Saw The Light
12. My Love
13. You Ain’t Woman Enough (featuring Tanya Tucker)