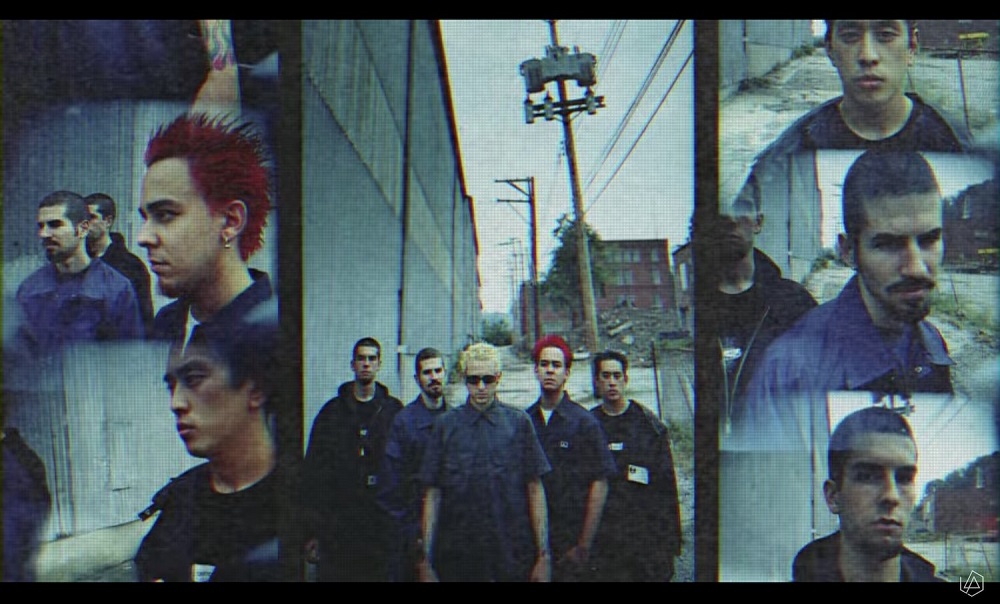 On Oct. 9, Linkin Park will commemorate the 20th anniversary of its groundbreaking 2000 debut album Hybrid Theory with a special reissue — and on Thursday, the band shared a demo recording of arguably its most universally well-known single as a preview.

This demo recording of “In the End” features the powerful chorus from late vocalist Chester Bennington that helped put the group on the map, but the song’s structure is slightly altered and rapper Mike Shinoda’s verse is especially different from the final studio version.

Linkin Park has previewed the Hybrid Theory anniversary reissue with two songs, now, the first being “She Couldn’t,” a previously unheard and unreleased recording:

Led by the singles “One Step Closer,” “Crawling” and “In the End” (which recently passed a billion YouTube views), Hybrid Theory came out at the absolute perfect time for the group, and served as a groundbreaking introduction to the music scene. Its release and massive success set in course the band’s rapid ascent to the top of the alt/rock game and made Linkin Park a global phenomenon.

Of course, such a release has a bittersweet tone. Bennington, the dynamic emotional heart of the group, passed away in July 2017 — so the Hybrid Theory 20th anniversary reissue is very much a celebration of him as much as it is a celebration of the rest of the band — Mike Shinoda, Brad Delson, Rob Bourdon, Dave “Phoenix” Farrell and DJ Joe Hahn.

Said the band in a statement:

It’s incredible to think it’s been 20 years since Hybrid Theory was released. All gratitude to our fans who made this epic journey we started 20 years ago possible. We dedicate our music to you. We rededicate our Hybrid Theory to you.

The limited-edition Super Deluxe version of the Hybrid Theory reissue is packed to the gills with pretty much anything longtime fans might want, and more.

To celebrate 20 years since the original release, ​Hybrid Theory​: ​20​th​ Anniversary Edition ​will be released on October 9​th​, 2020. The flagship format is a super-deluxe edition box set that includes unreleased and hard-to-find material on CD, vinyl and DVD. The box set also includes a lavishly illustrated 80-page book with contributions from the band and many previously unseen photographs, plus a replica tour laminate,an oversize poster of Chester Bennington, and 3 lithographs of new artwork supplied by Mike Shinoda, Joe Hahn and Frank Maddocks (the art director on the original release, and this anniversary edition).

5 CDs
1. Hybrid Theory – Original album
2. Reanimation – Original album
3. B-Side Rarities – 12 Previously released tracks from the period of the album release
4. LPU Rarities – 18 Tracks previously released/circulated via the LP fan club
5. Forgotten Demos – 12 tracks. Never officially released before.
3 DVDs
§ DVD 1.
“FRAT PARTY AT THE PANKAKE FESTIVAL” (direct replica of original release)
§ DVD 2.
“PROJEKT REVOLUTION 2002” (unseen live show from Las Vegas/San Diego 2002) + “The Sequel to Frat Party at the Pankake Festival (backstage / behind the scenes footage, etc)
1 With You
2 Runaway
3 Papercut
4 Points of Authority
5 Step Up
6 Pushing Me Away
7 In the End
8 A Place for My Head
9 Forgotten
10 It’s Goin’ Down
11 Crawling
12 My December
13 Joe Hahn Solo
14 By Myself
15 My Own Summer
16 One Step Closer

“THE SEQUEL TO THE DVD WITH THE WORST NAME WE’VE EVER COME UP WITH” (Sequel to Frat Party at the Pankake Festival DVD – w backstage/ casual footage of band, includes previously unseen band interviews)
§ DVD 3: (Two live concerts)
“THE FILLMORE 2001” (San Francisco)
1 With You
2 Runaway
3 Papercut
4 By Myself
5 Points of Authority
6 High Voltage
7 Crawling
8 Pushing Me Away
9 And One
10 In the End
11 A Place for My Head
12 Forgotten
13 One Step Closer