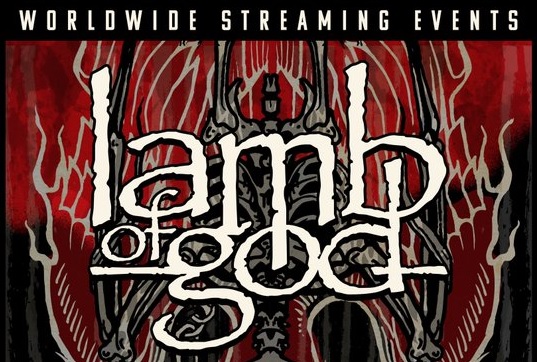 Under normal circumstances, groove metal masters Lamb of God would have spent much of the latter portion of 2020 on the road. The band released a new self-titled album in June and had plans for a big tour with Megadeth, Trivium and In Flames to support it — only to see the COVID-19 pandemic put an end to those plans for now.

With live stream gigs the way of the land right now, Lamb of God will dive headfirst into the digital mosh pit two times in September for a pair of gigs meant to give fans a bit of a high-energy blast of metal from their living rooms.

On Sept. 18, Lamb of God will play the new album in its entirety (plus an encore of fan favorites and more), while the following week on 9/25 will find the group performing 2004’s Ashes of the Wake, Lamb of God’s fourth album and major label debut.

JUST ANNOUNCED: Get virtual tickets for our global streams Sept 18 and Sept 25 where we perform our new self-titled album and Ashes of the Wake in their entirety from an intimate club in Richmond VA.

Additional details regarding the streams, ticket information and supporting acts:

The streams are scheduled to begin at 5 p.m. EDT/2 p.m. PDT on their respective days. Livestream tickets will be $15 per show or, for a limited time, $20 for both shows and are on-sale now at http://watch.lamb-of-god.com. Streams will be available to watch video-on-demand through 11:59 p.m. EDT on Sunday for fans who purchase a ticket. Additionally, the band will be offering ticket and limited-edition merch bundles plus an exclusive merchandise store available only to ticket holders during the stream.

A pre-show is scheduled to begin at 4 p.m. EDT/1 p.m. PDT before each stream, hosted by Jose Mangin, featuring exclusive interviews with members of the band and opening sets from Bleed From Within (September 18) and Whitechapel (September 25). Bleed from Within will be airing a brand new full production 30 minute set and Whitechapel will air their memorable 2014 hometown performance from Knoxville, TN.

The new Lamb of God album ushered in a new era for the band, with drummer Art Cruz taking over on drums in place of longtime drummer Chris Adler. The end result of this new record saw the band doing what it does so well: Crushing riffs from Mark Morton and Willie Adler, crashing drums from Cruz, precise bass work from John Campbell and Blythe’s screeching wail delivering another powerful musical statement in the band’s vaunted career.