Los Angeles-based band La Bouquet is gearing up to release its anticipated full-length debut. It’s been two years since the alternative/indie-pop band released its debut EP, Heavy Sunshine, but the group — now a trio — will release its first LP, Sad People Dancing, on March 29.

Years in the making, the album will consist of 11 new songs. One of note is the title track, which has a new music video premiered earlier this week:

La Bouquet is the project of Bryan Sammis, who was originally a member of the indie-rock band The Neighbourhood. Sammis left the band after the release of the 2015 album I Love You to pursue his solo indie project, Olivver the Kid. As a new solo artist, Sammis began to garner his own success, touring with Halsey throughout North America. On this tour, Sammis recruited guitarist and longtime friend Jake Lopez to perform and write music together.

That’s when Sammis and Lopez started talking about forming a band together, one they could both be a part of, and La Bouquet was born.

As quoted by Washington Square Music, Sammis explained the project’s back story: “On tour, we started talking about doing something for real,” recalls Bryan. “We wanted to make music that was fun to play live together and that would be very collaborative between us. We’re both ‘lifers’ in this game. We’ve honed our skills through touring and playing with different bands. So, we just began writing together and it all came together pretty quick”.

It wasn’t until later in 2018 that Drew Bruchs was introduced as a new member and guitarist for La Bouquet.

Sad People Dancing follows the release of La Bouquet’s 2018 single, “Names Like Songs,” and the 2017 EP Heavy Sunshine. Branding themselves as the “dads of of sad,” “Sad People Dancing”
is the anthem that encapsulates dark moods and emotions, turning it all into a dreamy dance/pop anthem. While maintaining a catchy beat inspired by 80’s aesthetic rhythm with hints of modern pop punk, the song is a 4:25 escape from the sadness.

Memorable lyrics from the song, such as “It’s just like watching a party from the other room,” speak to anyone who’s ever felt like they’re physically present but emotionally or mentally disassociated from the moment.

The band released a music video for “Sad People Dancing” earlier this week (as seen earlier in this post) that between choreographed dances in a diner, pink hues and disco balls matches aesthetically to the vibe and beat of the song. Instead of sulking in the sadness, La Bouquet has successfully turned emotion into a song that makes it hard not to get up and dance along.

The new single sets the mood for La Bouquet’s new album, but still matches the mix of R&B and punk influence that has made the band successful. 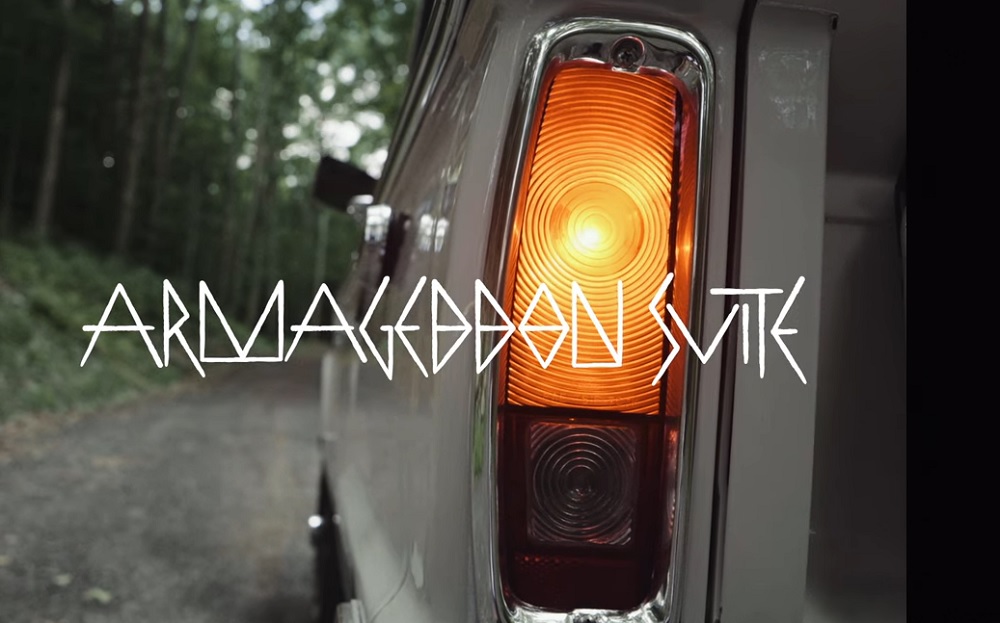 New from Princess Goes to the Butterfly Museum (ft. Michael C. Hall): ‘Armageddon Suite,’ Dream-Pop for the End of the World