The visual artistry of Kurt Cobain was as much a part of his legacy as the music itself — his tattered, weathered sweatshirts and now-iconic shirts worn as a form of social protest against the “spokesman of a generation” title that he so derided.

His journals and sketchbooks compiled over the years have helped to explain a bit more about who the Nirvana singer/songwriter was as a person in the 25 years since his suicide in 1994, and they’ve now been utilized as the inspiration behind a new clothing line.

Curated by Frances Bean Cobain, the only child of Kurt and Courtney Love, the Kurt Was Here collection was announced on Monday and features a variety of t-shirts, jackets and other items incorporating some of his original art and sketches, imperfections and all. 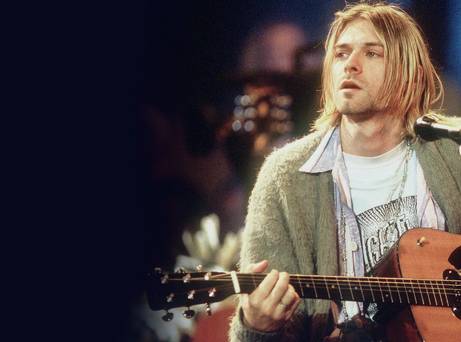