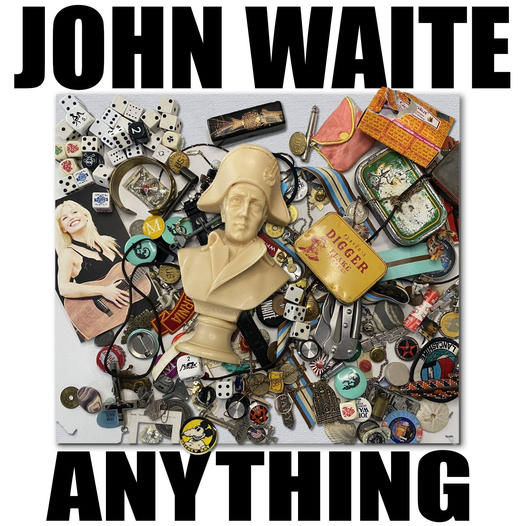 Singer/songwriter John Waite returned recently with Anything, a new 4-song EP led by its title track, an uplifting nod to hopefulness.

Waite spoke with Rock Cellar’s Ken Sharp about his new material and his rich history of music in a new feature interview coming soon. Here’s a snippet, in the form of Waite discussing his new EP’s namesake:

“It’s a very positive song. The world is so dark. Everybody’s trying to kill everybody. I mean, every time you pick up the paper, it’s just bad news. And if we only go around once, it’s time to lighten up.

I think once you establish that with people, everything moves forward. I did not want to repeat anything that was dark that I was writing about. I really did want to bring something that was pure, that would make somebody smile. ‘Anything’ is just an admission of falling in love, but it’s just a very direct, sweet song.”

The Anything EP track listing:

Stay tuned for our John Waite interview soon — and catch him on the road starting later this year on a stacked bill headlined by Rick Springfield and Men at Work (featuring Colin Hay, marking the first tour in two decades from Hay under his band name):