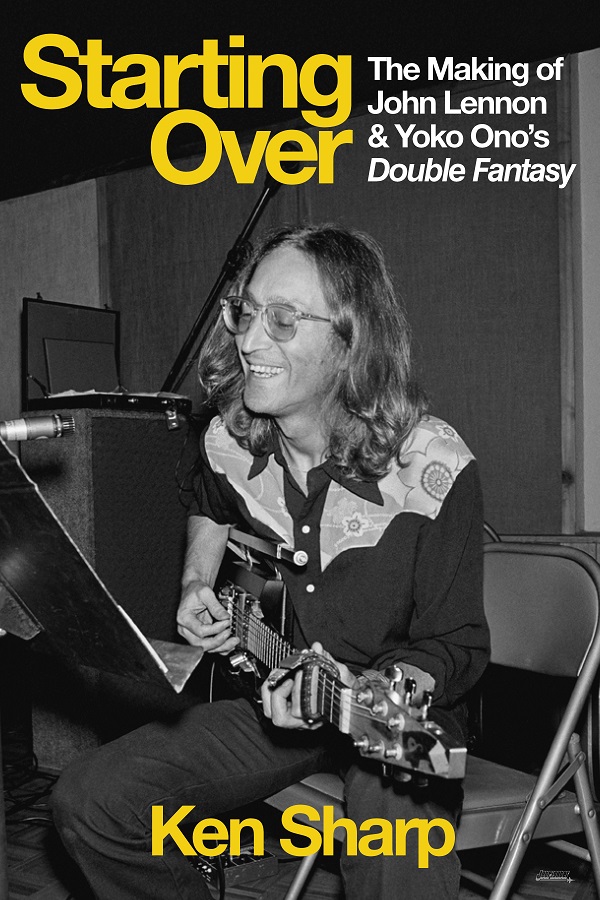 A long out-of-print book detailing the behind-the-scenes process of a crucial John Lennon album has been made available once again — just in time for the 80th birthday of the famed former Beatle, who would have celebrated a birthday on Oct. 9.

Starting Over: The Making Of John Lennon and Yoko Ono’s Double Fantasy is precisely what it sounds like: an oral history of the “making of” the Double Fantasy album, compiled by rock and roll writer (and Rock Cellar contributor) Ken Sharp.

More on the book, which is available now via Amazon:

The murder of John Lennon on December 8, 1980, sent shockwaves around the world. The most acclaimed singer/songwriter of his generation, first a Beatle and then a boundary-pushing solo artist, was senselessly silenced forever at age forty; immediately, his final musical statement, an intimate, pop-infused collection called “Double Fantasy,” released only weeks before his death, skyrocketed to #1 worldwide, as did its poignantly titled single, “(Just Like) Starting Over.”

His first studio recording since 1975’s Rock ’n’ Roll—and his first musical endeavor of any kind since taking a much-needed hiatus to raise Sean, his son with Yoko Ono—”Double Fantasy” represents more than a comeback album to Lennon fans and music critics alike. It captures a cultural icon at the pinnacle of his creative success and personal fulfillment; thirty years later it remains a musical touchstone and an affecting reminder of what could have been.

“Starting Over” is an oral history of the making of Double Fantasy and the definitive account of John Lennon’s last days. From early demos to sessions at New York City’s The Hit Factory, from the electrifying chemistry of the studio band to keeping the project under wraps to the album’s release and critical reception, here is fascinating, insightful commentary from all of the key players involved in its extraordinary creation: Yoko Ono, David Geffen, producer Jack Douglas, engineers, arrangers, session musicians, music journalists, and even Lennon himself via archival interviews.