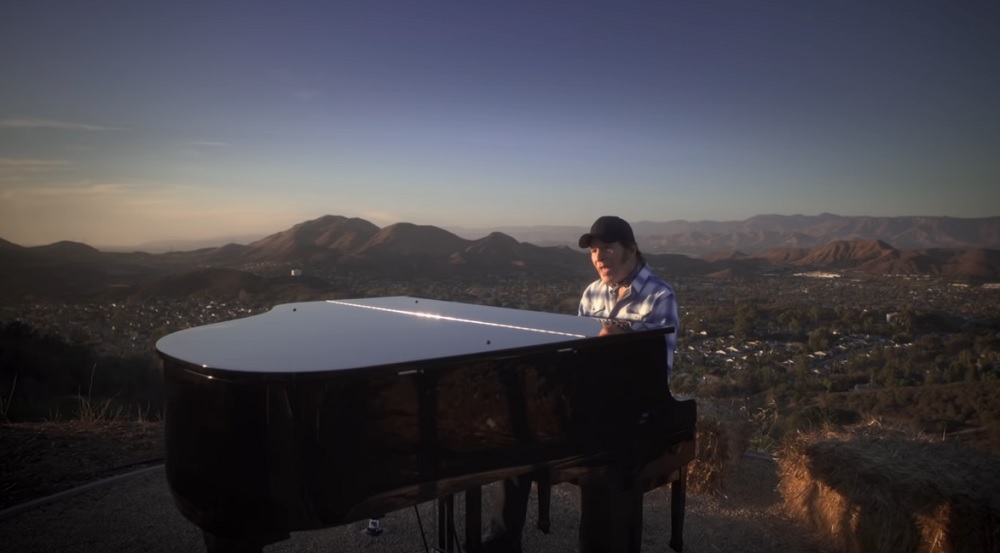 “Weeping in the Promised Land” is a brand new song from John Fogerty — his first new song in eight years, released on the heels of his Fogerty’s Factory family band album in November. Shared on Wednesday, the haunting, gospel-tinged song is very much a thematic reaction to the events of the times.

That is to say, its release in the waning days of the Trump Administration is by design. It was the iconic 75-year-old rocker, after all, who issued a cease-and-desist regarding the President’s playing of “Fortunate Son” at campaign rallies back in October, and has remained an outspoken critic of the administration.

“Weeping in the Promised Land,” then, is a reaction of sorts to everything that’s been happening, with Fogerty passing along a statement (as shared by Rolling Stone):

“It’s kind of like being a rock star in a band and then the band breaks up,” Fogerty says of Trump’s refusal to step down — and his affinity for rallies. “I used to stand in front of 30,000 or 40,000 people and they were all cheering for me. I know what that is. I understand the emotion he’s feeling. I’m trying not to sound like a basher — more like trying to understand the situation. I think he enjoys the rallies very much.”

Lyrically, the song includes references to the murder of George Floyd and subsequent protests, Dr. Anthony Fauci, healthcare workers and more. Watch the song’s video below:

Asked by Rolling Stone if he feels “Weeping in the Promised Land” can bring about any actionable change as far as the discourse is concerned, Fogerty offered this up:

“Can one song do that?” he asks. “That’s probably reaching. But it’s time to stop wearing a number on your back that tells which political party you’re in or which candidate you support. We’re all humans and we’ve stared some pretty terrifying things in the face. And we’re still staring them in the face. My intent is that, hopefully, everyone’s in the mood or discussion, and not just ‘You made a mistake!’ ”